After a good nights sleep and a stock up of water, chocolate and crisps from the shop we lined the bikes up for the obligatory photo of Lenin! 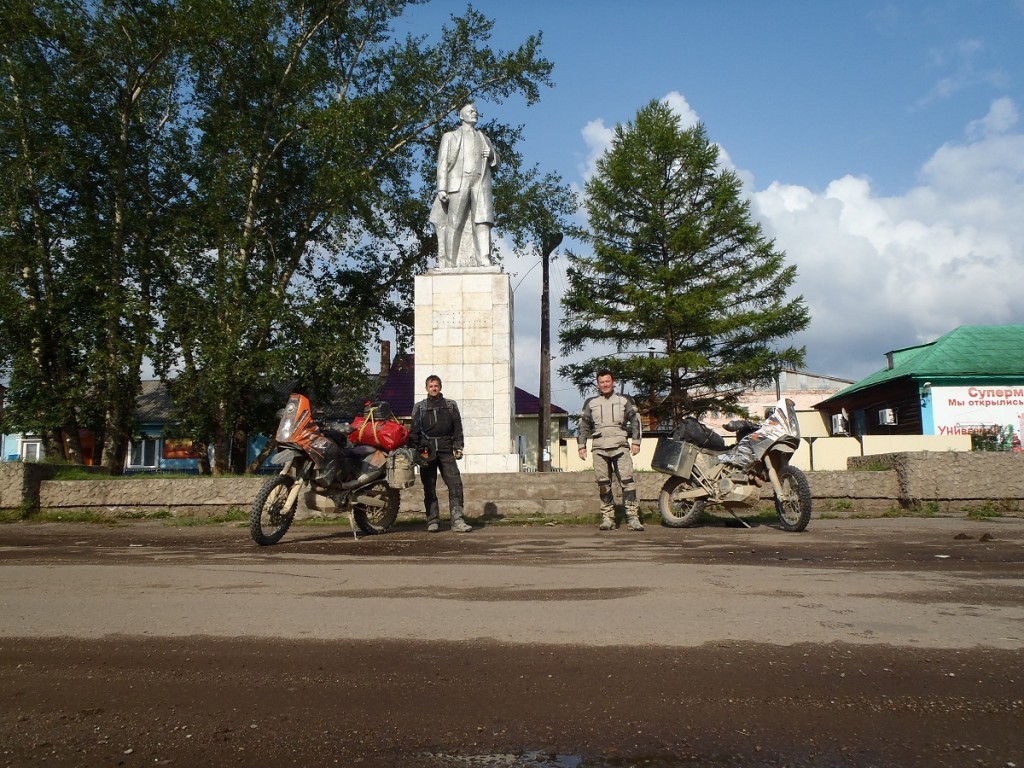 What a different day today from yesterday, the road started off rough but the growth at the sides started to disappear and views over the Lena river started to open up which revealed stunning scenery. After the first 150km the mountains started to shrink and massive plains opened up before us, the sheer scale here is amazing when you think the western part of the BAM road is 1500km which is like riding a green lane from Lands End to John O’Groats. 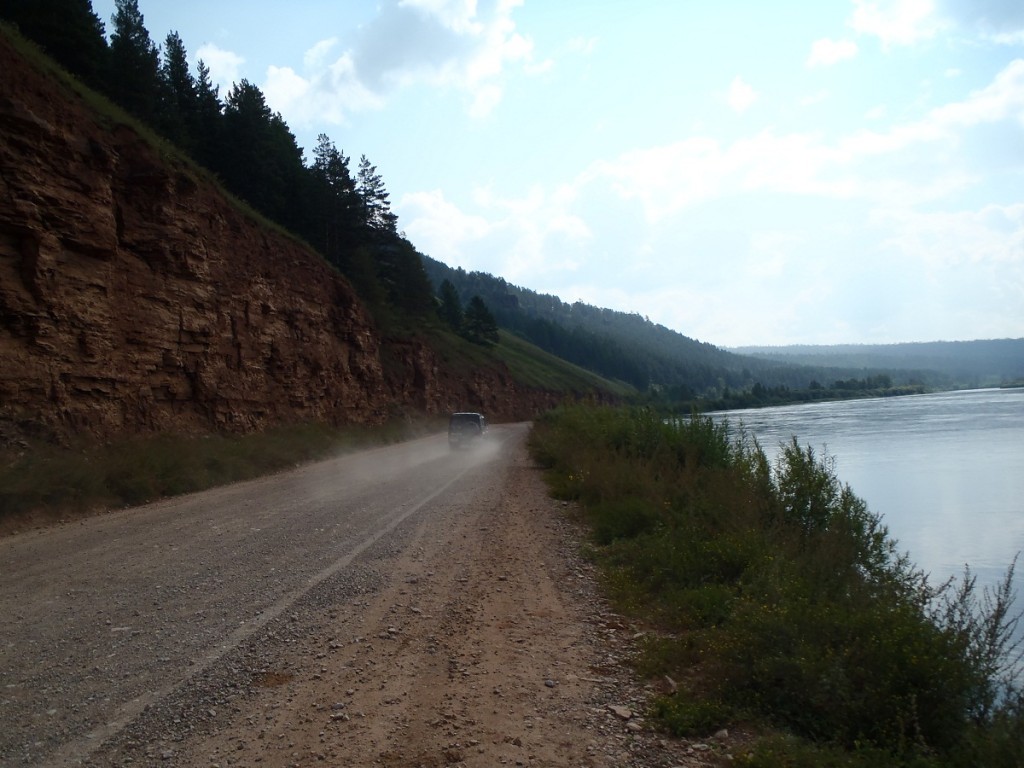 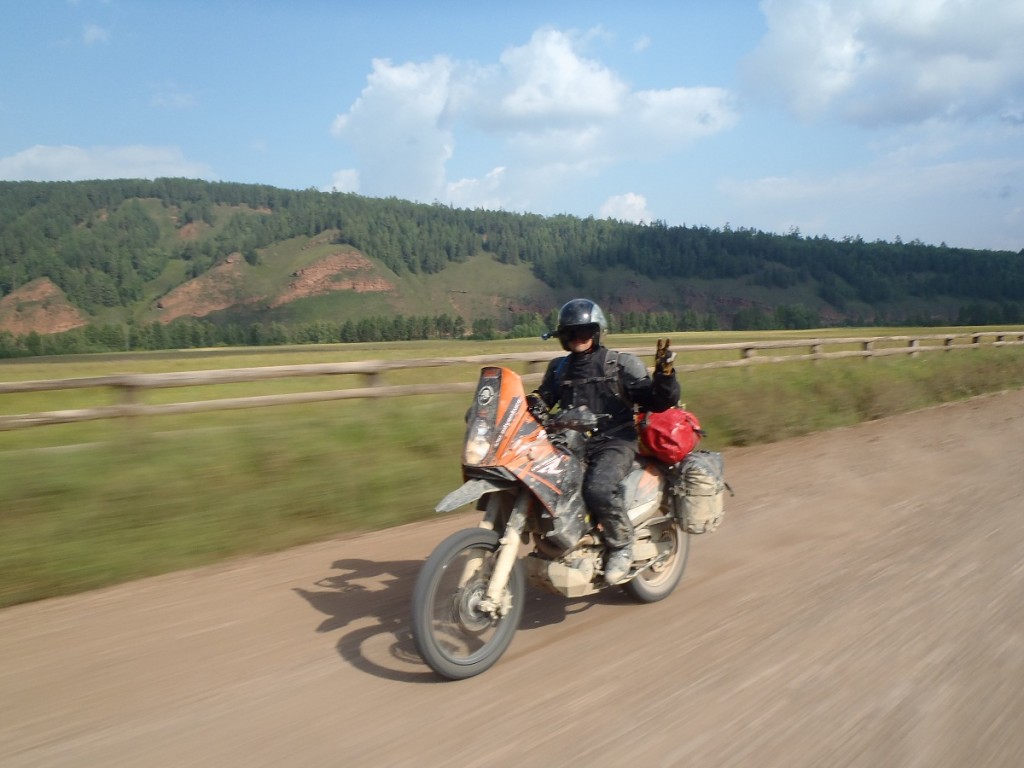 Just before entering the outskirts of Irkutsk trucking along at about 70mph on nice tarmac my chain decided to call it a day and one of the links snapped in the middle. Just as well I had bought along a spare new one, so an hour later we were back on the road into Irkutsk. First real issue with my bike for the trip so far, apart from both wing mirrors vibrating themselves to death by shaking off at the stems. 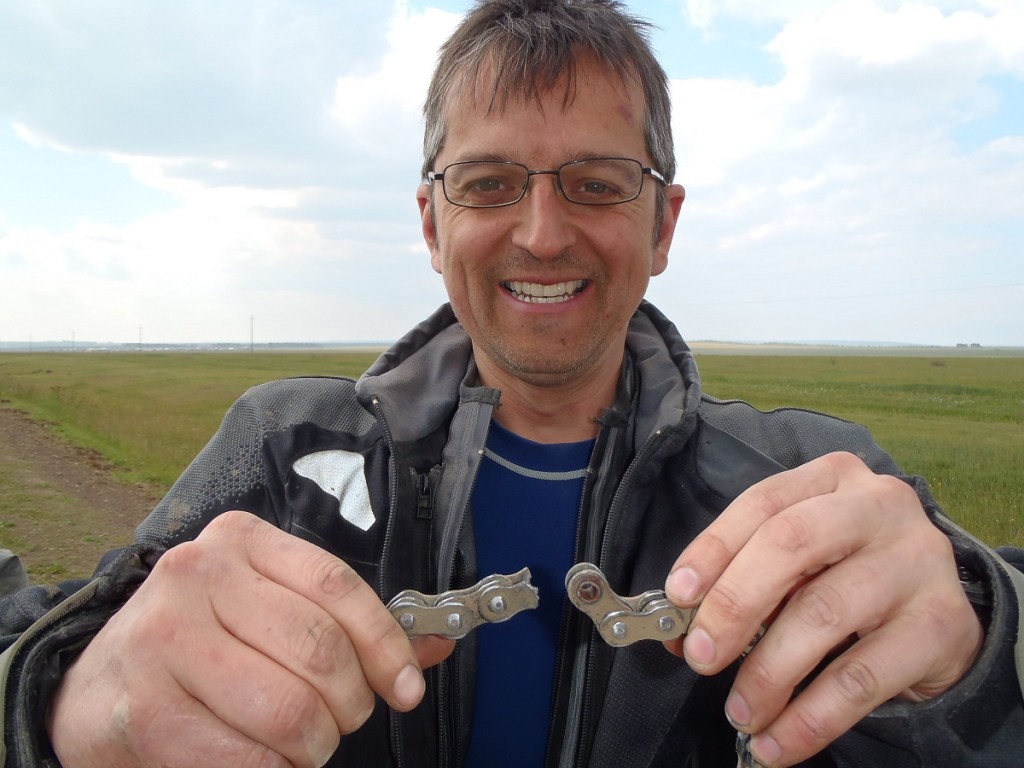 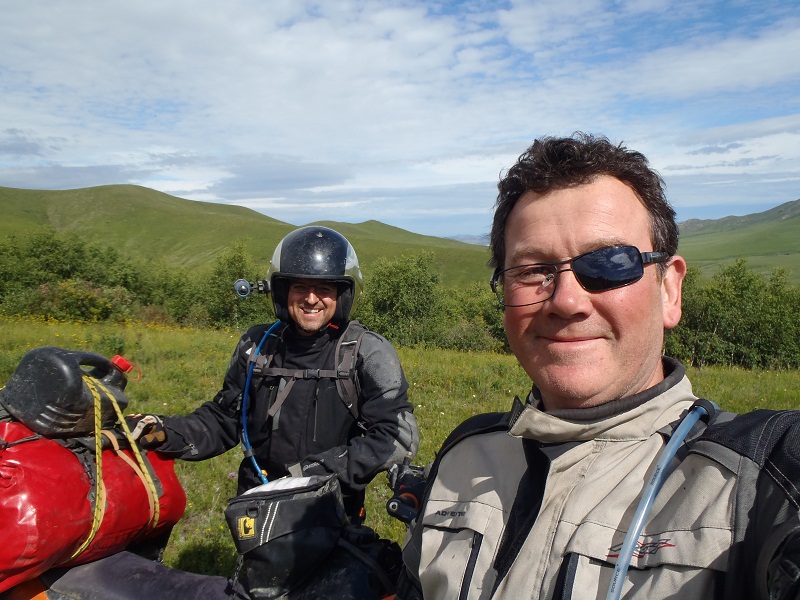 First stop we thought was to find the Irkutsk bike club HQ with the waypoints we had, then to get some information on where to stay and what to do whilst waiting for the Mongolian visa’s. Only problem was the club isn’t there anymore but a young lad pulled up in a car and wanted to help us, after speaking to seems like 10 of the lads friends on the phone and 2 hours had past we were still no closer to finding a bed for the night. Everyone we have met here (with the exception of the physco hunter that had previously shot at us) has been great and gone to great lengths to help us but as nice as it is sometimes it’s a bit of a hindrance. By this time it was getting late around 8pm and we had nowhere to stay, we were covered in dust and our bike kit at this stage stinks to high heaven so every hotel we tried told they we fully booked! Finally we got a room in the Marriott where the young girl on reception asked us why we were wearing funny cloths 🙂 ,  This was the first western style hotel we had staying in during our trip and it was heaven 🙂 ! 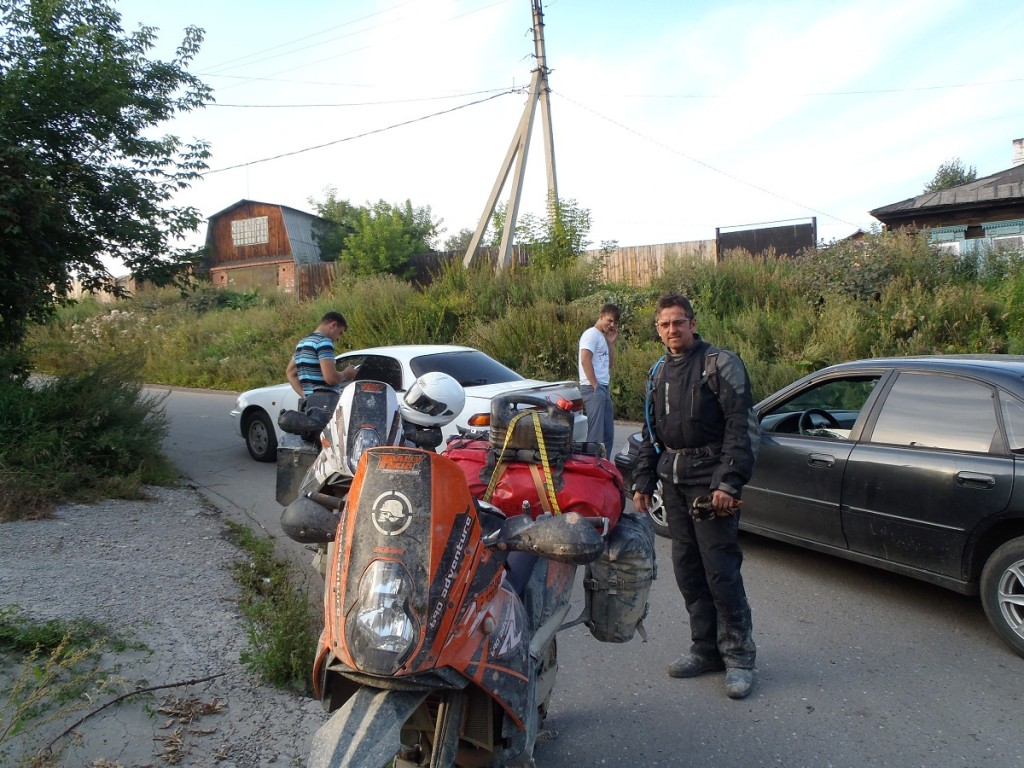 Outside the old Irkutsk biker HQ. 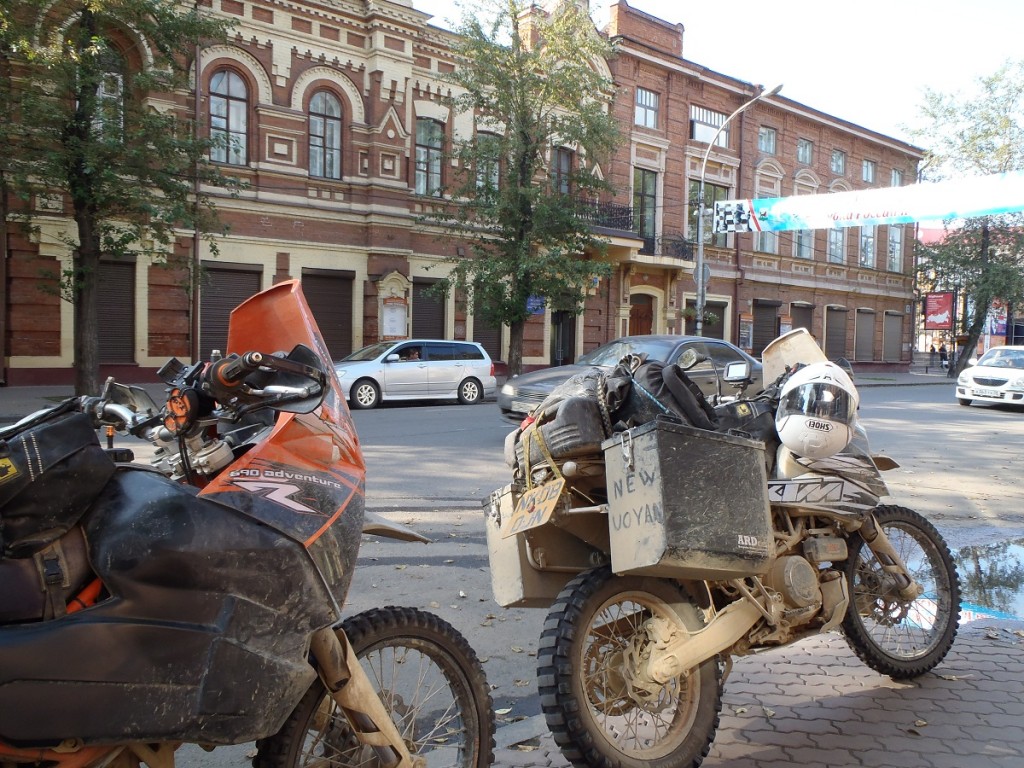