We broke camp this morning and started heading towards Ulaangom through the Mongolian wilderness, fantastic country side here but no roads only dirt, gravel or sand tracks but a lovely ride none the less. We arrived at a river crossing (our first in Mongolia!)in the absolute middle of nowhere at least 60km for the nearest town in any direction, Kev rode up the bank looking for a shallow place to cross when he spotted 3 guys with push bikes on the other side. He shouted across asking where a good place to cross was, they wave an pointed to a point near them.  We rode along and off the bank into the river, which was a bit deeper than we were expecting, we made it through with the only casualty being wet trousers and boots for the rest of the day. They hadn’t heard Kev and were just pointing to where they had crossed. 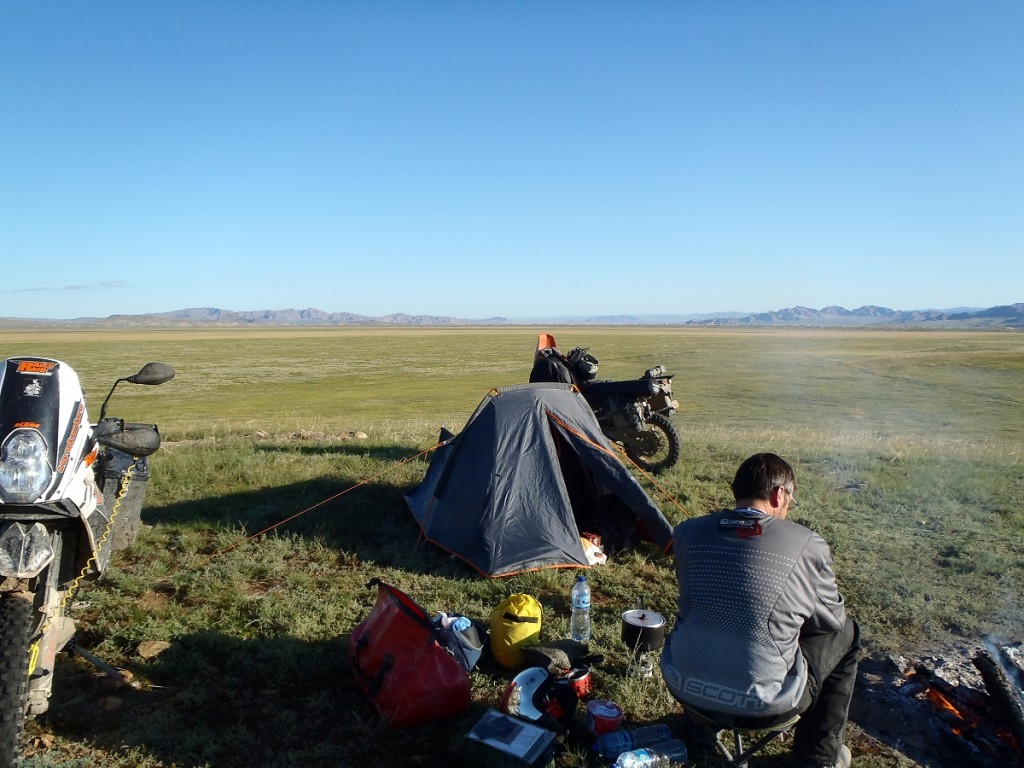 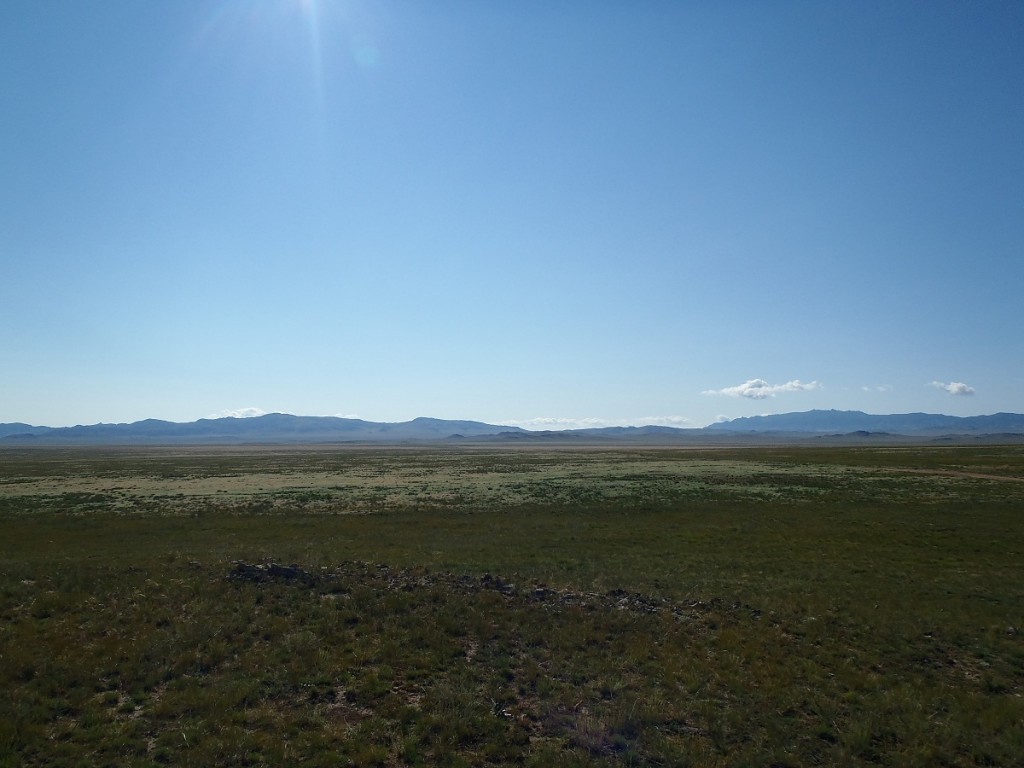 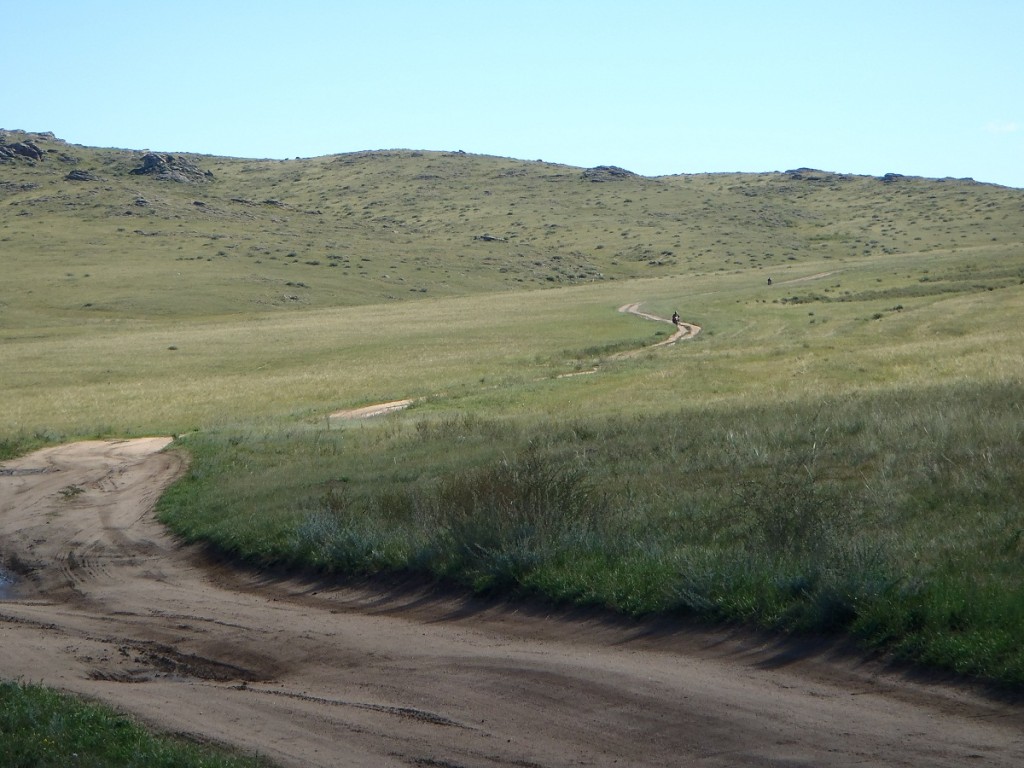 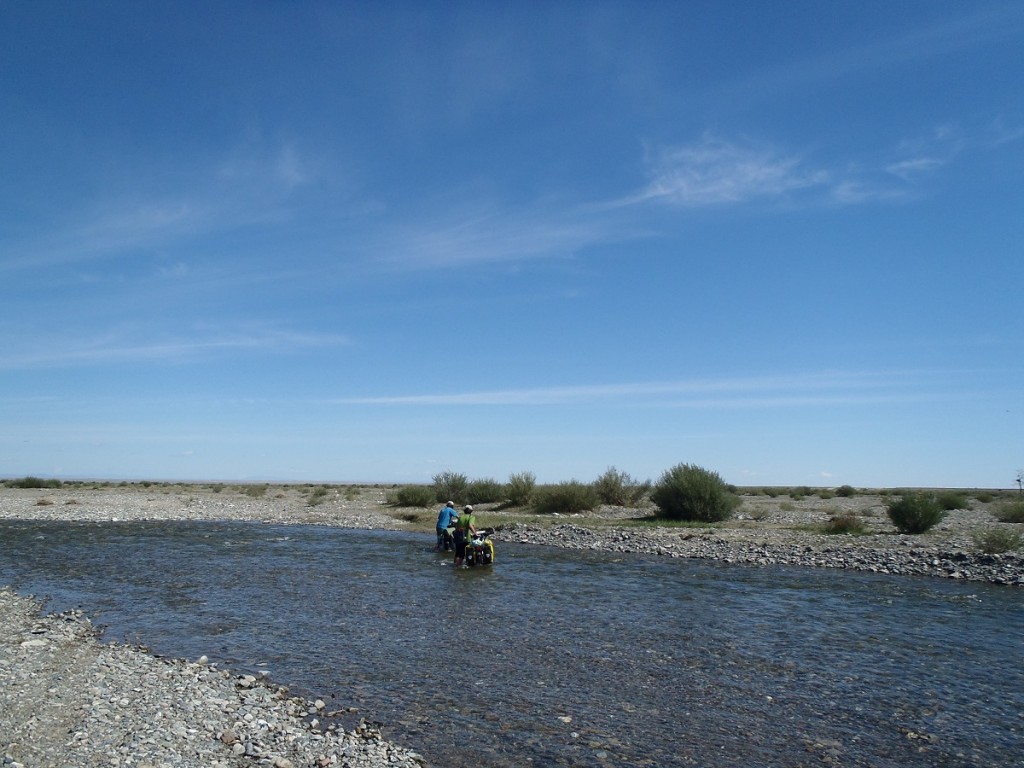 So we introduced ourselves and they turned out to be 2 French guys been traveling for the last 2 months on their bikes and an Aussie (Benji) who has been travelling for 6 years on an around the world every country bike ride! (nuts or what). Benji offered us tea so we sat for an hour listening to some of the crazy stuff he has done so far. He had crossed a frozen sea which took him 4 days camping along the way and he had just crossed the Gobi desert. 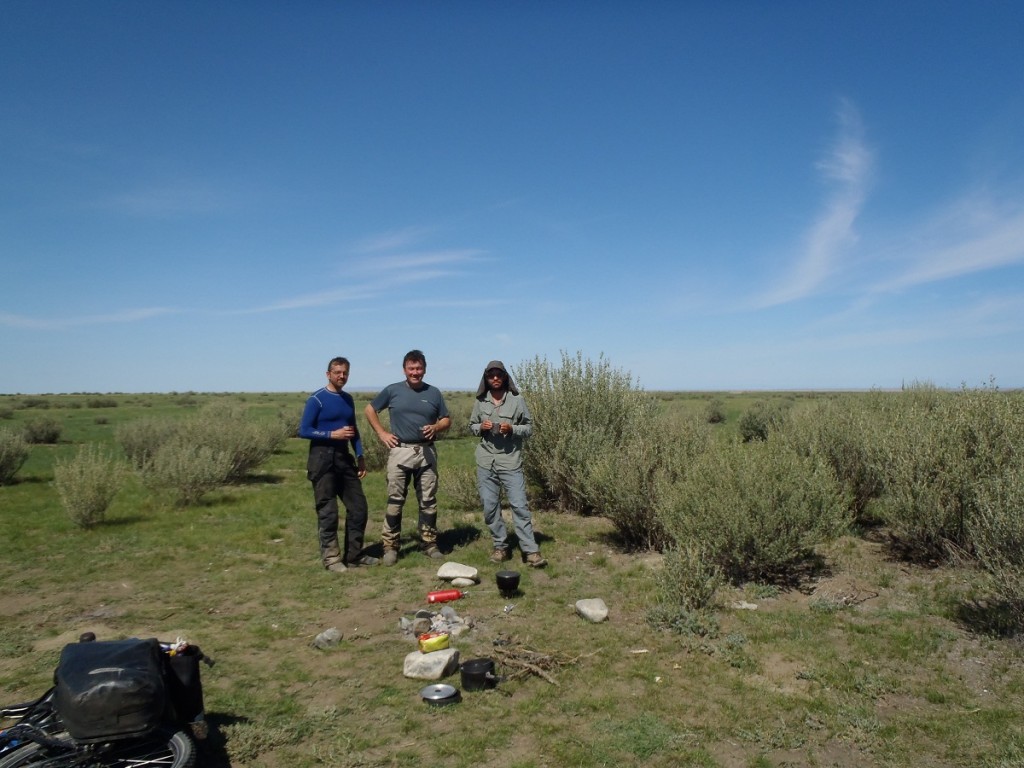 Back on the road and next stop was a small town/village where we stopped for some snacks and a fuel top up. As the guy started to fill our bikes we noticed that a woman was hand pumping the fuel from the pump! Funny how the man was just standing there with the nozzle and the woman was doing the hard work 🙂 . I guess it doesn’t matter where you go in the world, it’s always the same! 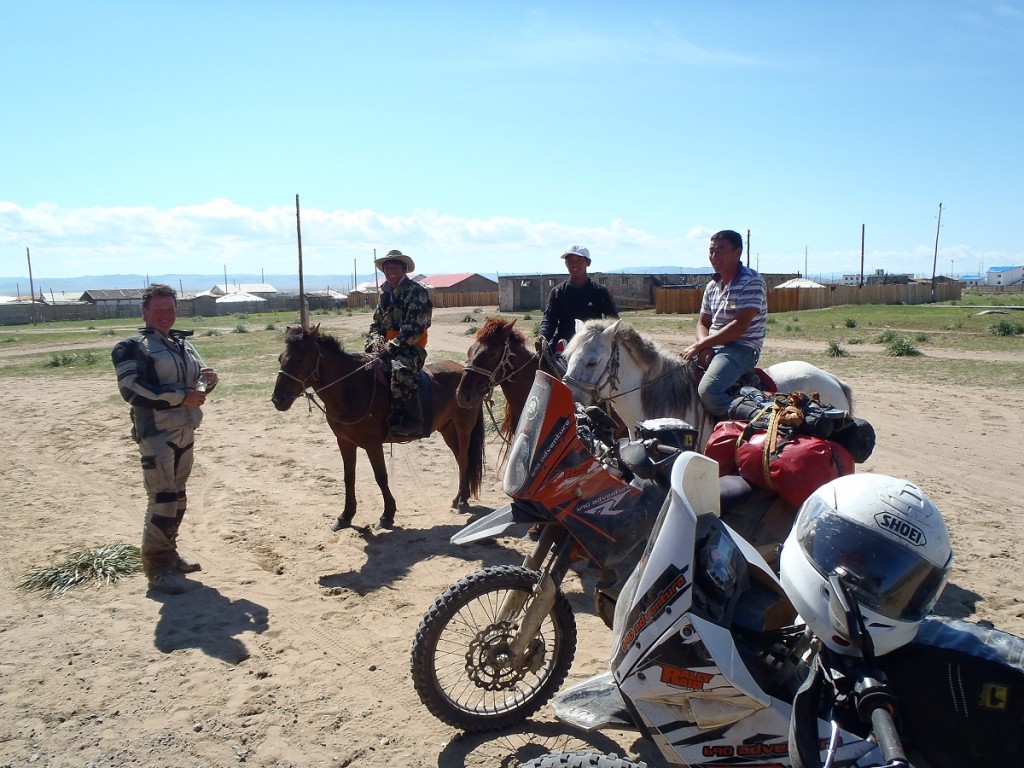 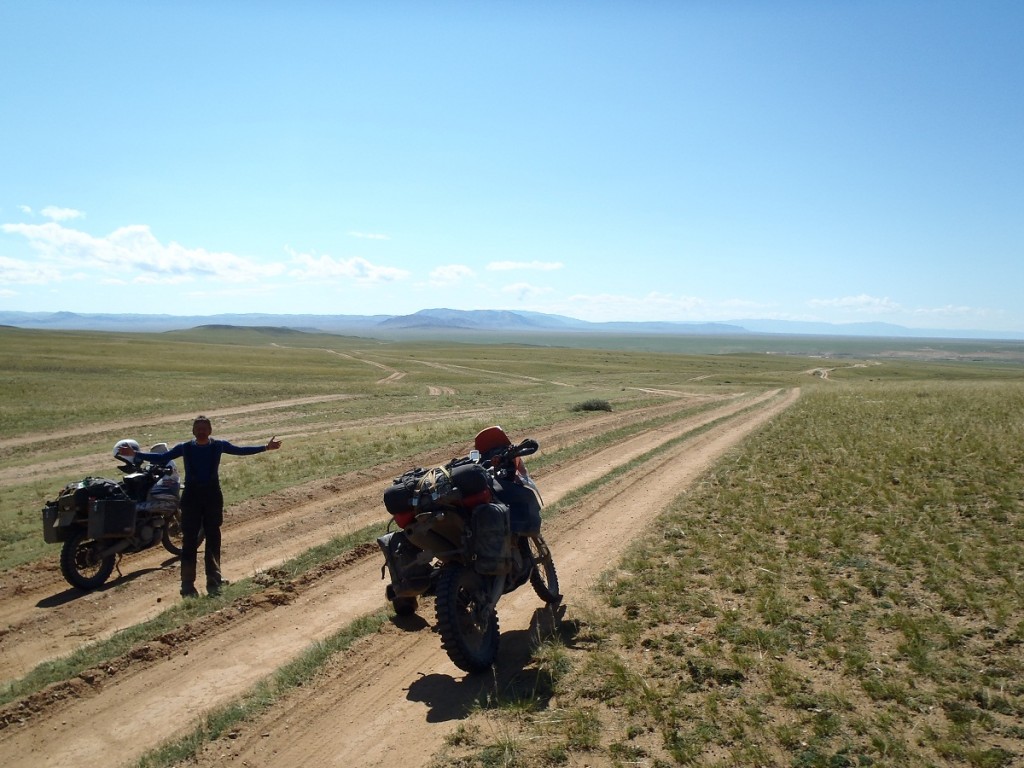 Eventually arrived at Ulaangom and found a fairly decent hotel for the night. After we had locked the bikes away in a secured garage and showered up we were out for a Friday night beer. Unfortunately Ulaangom isn’t exactly a kicking place and after a couple of pubs and one Karaoke bar (seems to be very popular in Mongolia) we called it a night. 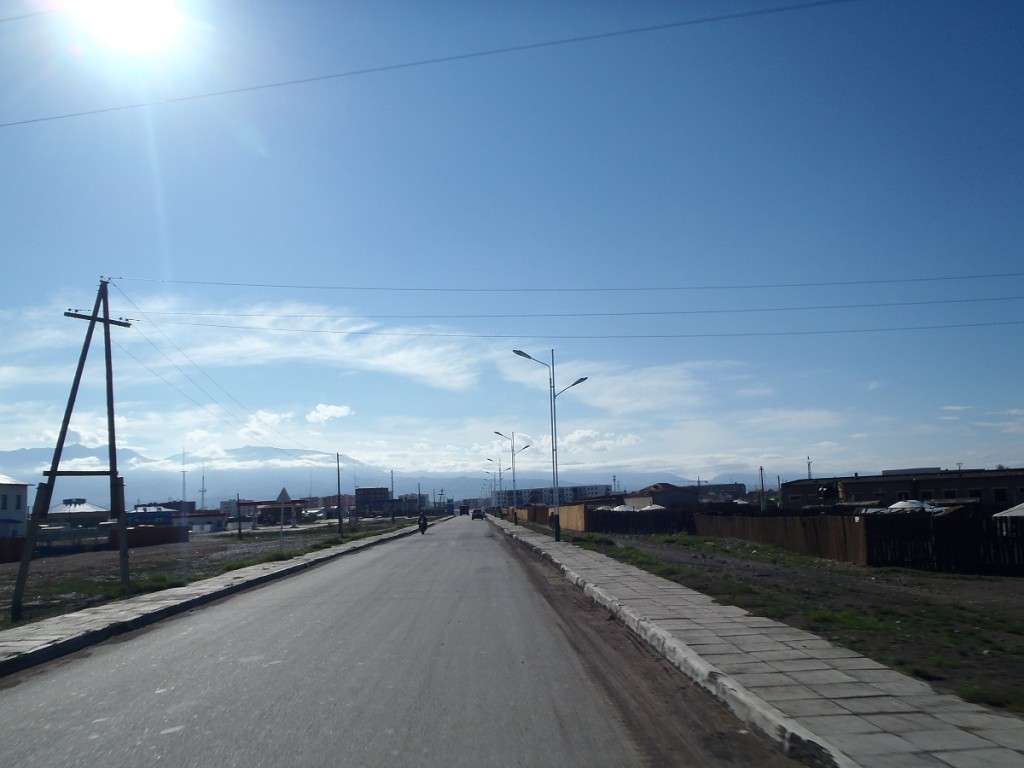 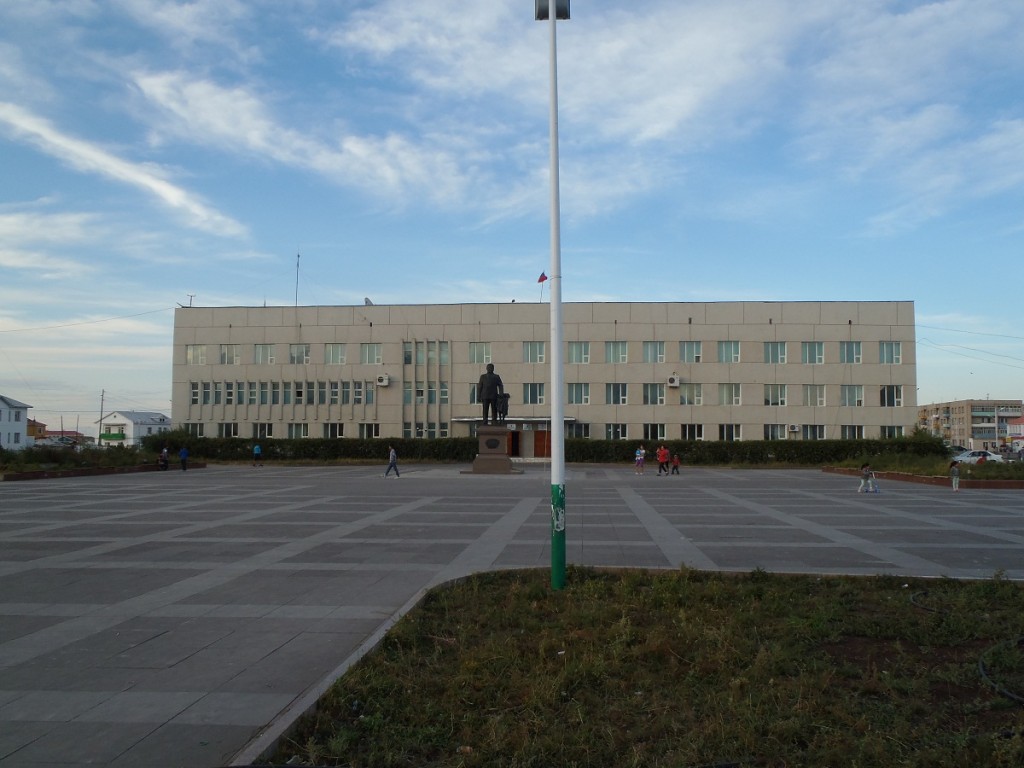 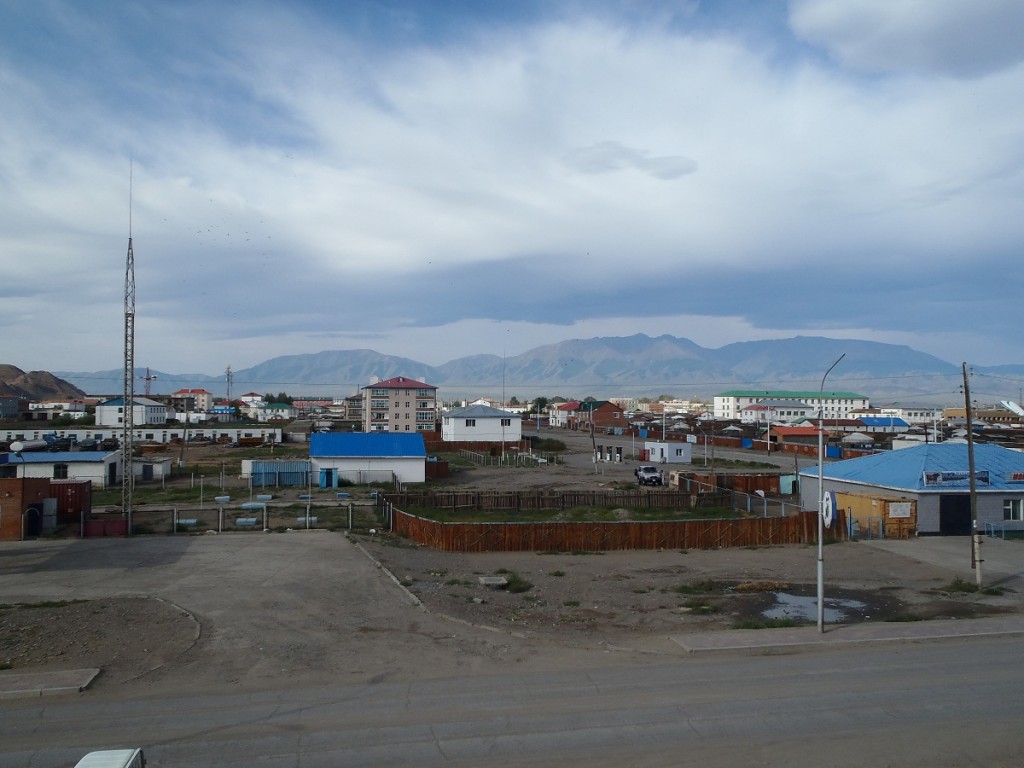