Today plan was to get as far past the Russian boarder as possible which was looking good until we came upon our second river crossing of the day and probably the last of the trip. The weather was starting to turn so Kev walked the river for a good hour to find a suitable place to cross but it had been raining up stream so the river was raging and getting higher. The other problem with the river was that it splits into 5 or 6 rivers so had to find the safest path through each, we were able to ride through a couple though the rocks were very slippery and the current very strong which caught me out. Once again I dropped the bike but recovered it quickly, my 690 r is just a little to high for me and it’s difficult to keep my balance on slippery surfaces if I hit a boulder. We got to a middle island and I looked around and noticed that I had lost my tent, a flip flop and my camping stool 🙁 , I had loosened off the straps whilst waiting for Kev earlier thinking we may have to carry the gear across. In the rush to get across before the river became to fast and high I had forgot to tighten the straps back up. 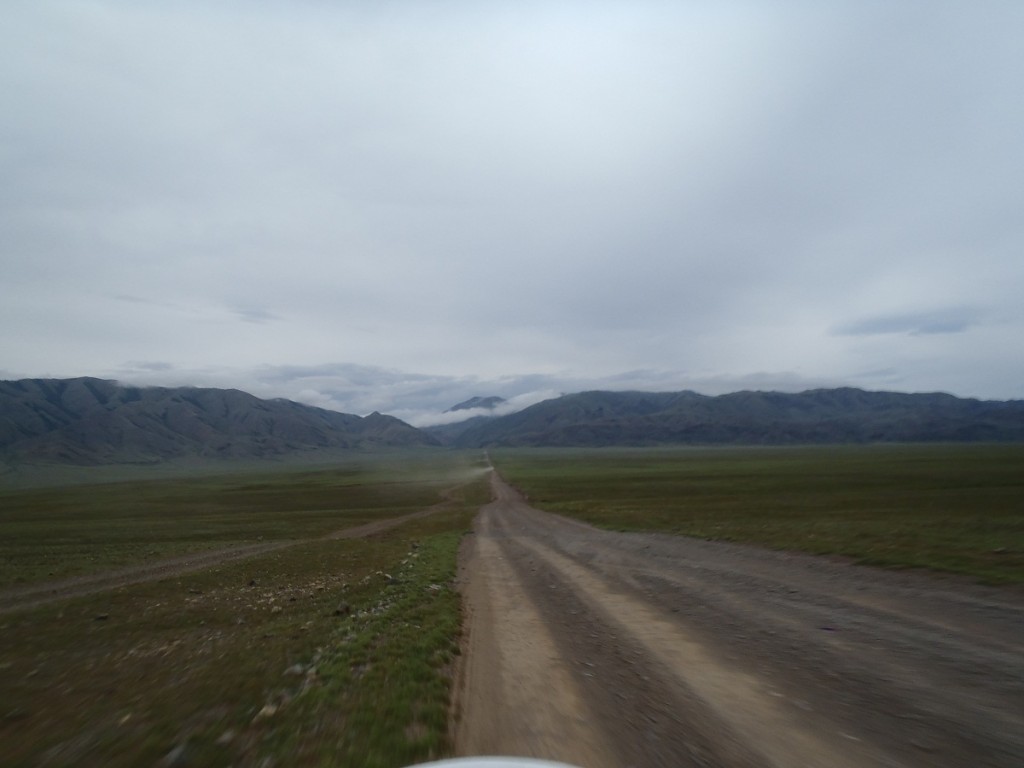 On the way to Russian Border. 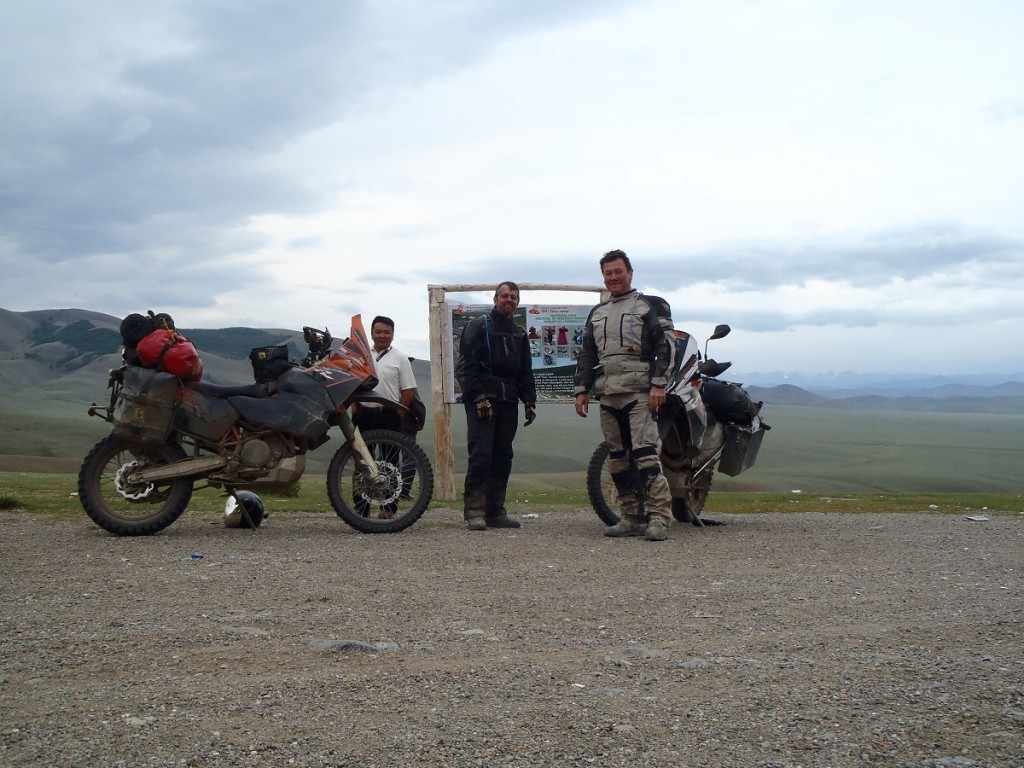 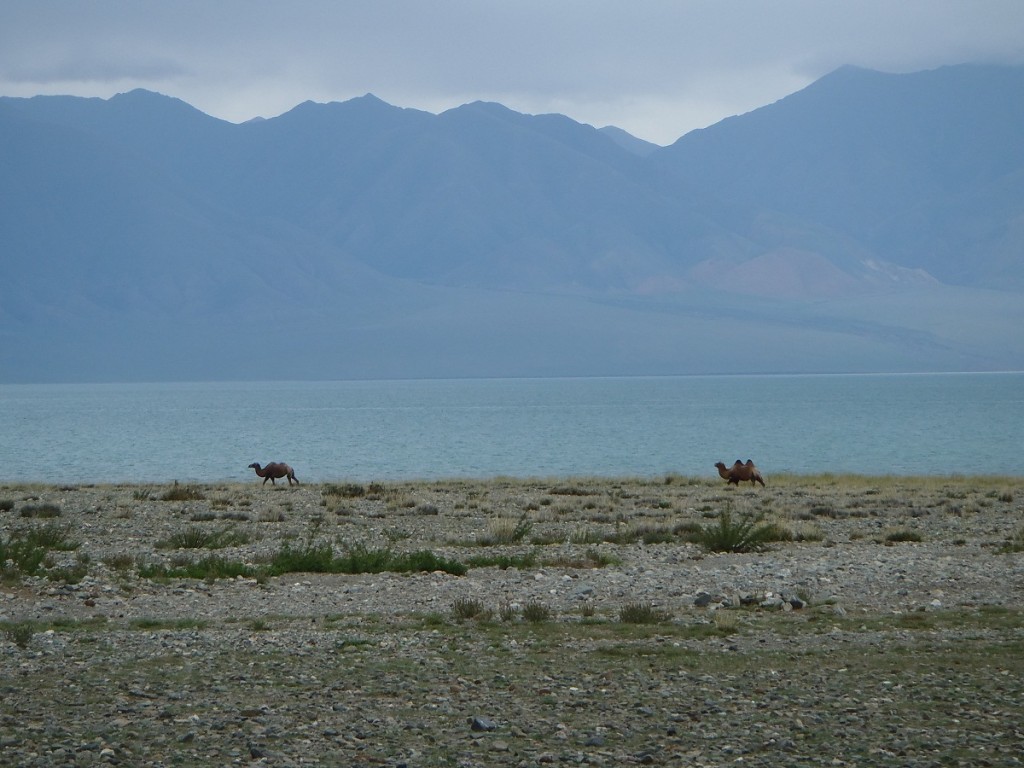 Camels near the Russian border.

A couple of Mongolian horsemen arrived when we were half way across and offered ropes to pull us with their horses, these guys were really nice, they showed us a path through the rest of the river. By this time the wind and rain had started to hit hard, so after a quick chat, photo session and direction to the border we went on our way. 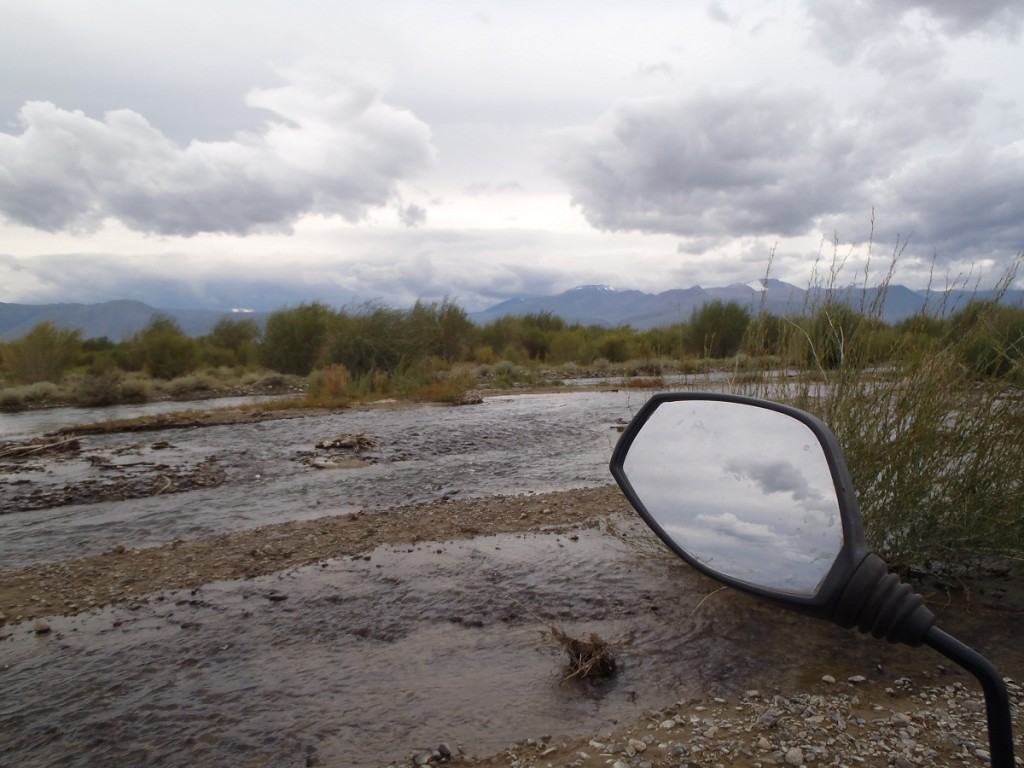 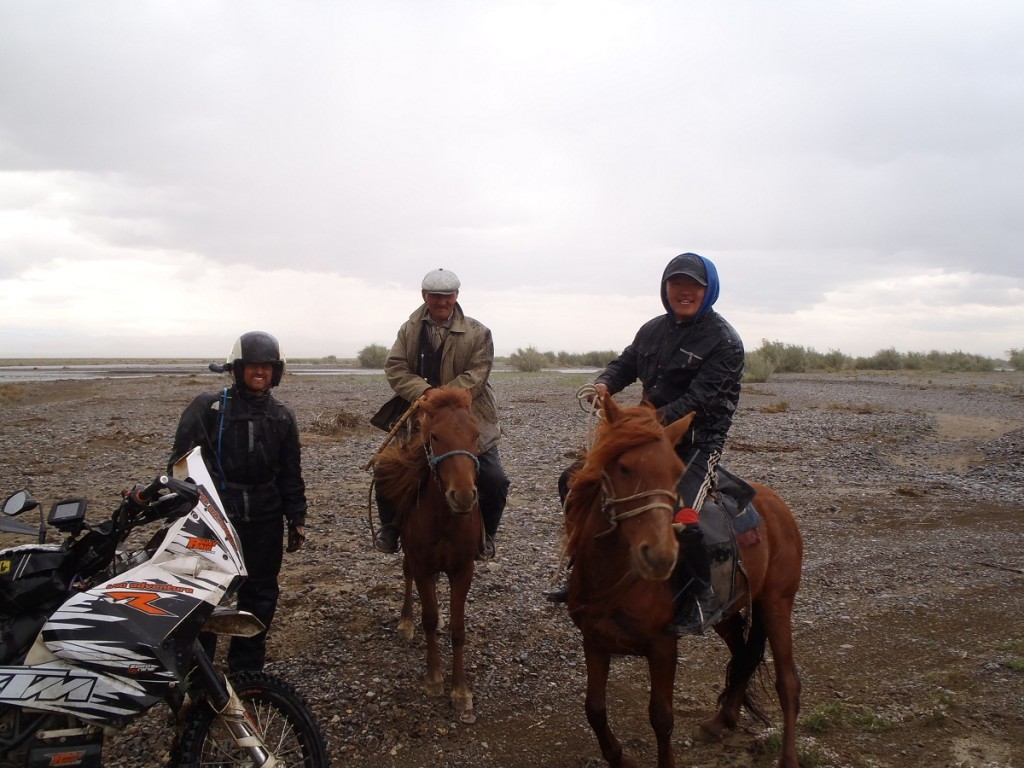 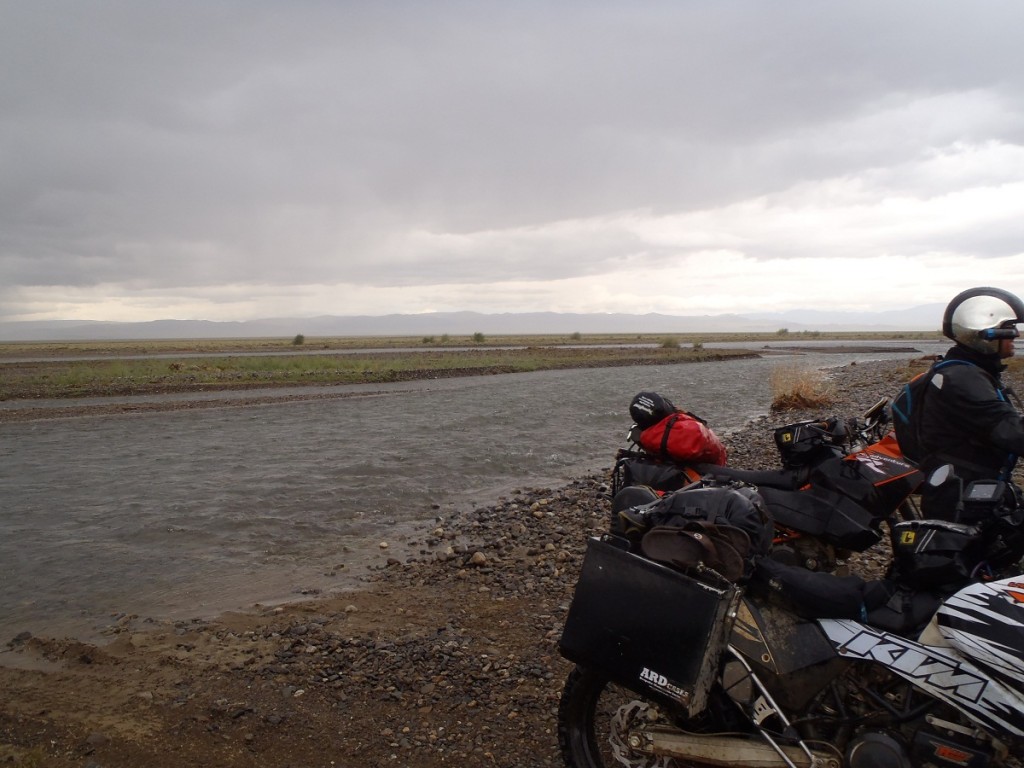 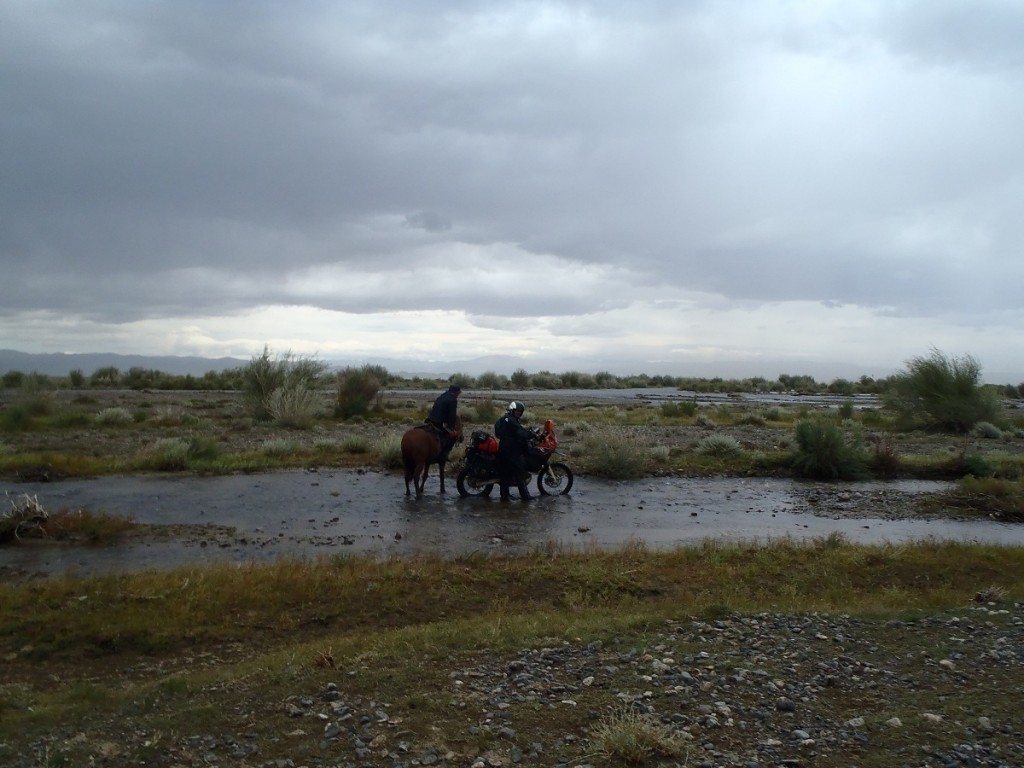 From the river we crossed an open plain, I have never experienced wind like we had there. At times I was leaving 45 degrees against it just to keep upright! It was bitterly cold and hail on top of the fact that I was wet, we climbed higher into the mountains where the Mongolian frontier is located, the tracks disappear without warning so at times we criss crossed to find more tracks going in the right direction. The last 100km or so is desolate with a few Ger’s scattered around and a small town 20km from the border but why it’s there I couldn’t hazard a guess. Riding along the road and suddenly the border fencing cut straight through it with no gate! we stopped to check the GPS and a young lad pulled up on a motorbike telling us that the border is closed for the night and we could stay with him in his house, he also knew where we could change money, get food or drink, get bike bits or anything else he could possibly sell us. Time was getting on so we told him we would check the border and get back to him if there was a problem, we followed the line of the border fence past the town until we hit another road, a quick dash to the border and what do ya know, the border was open but only just. 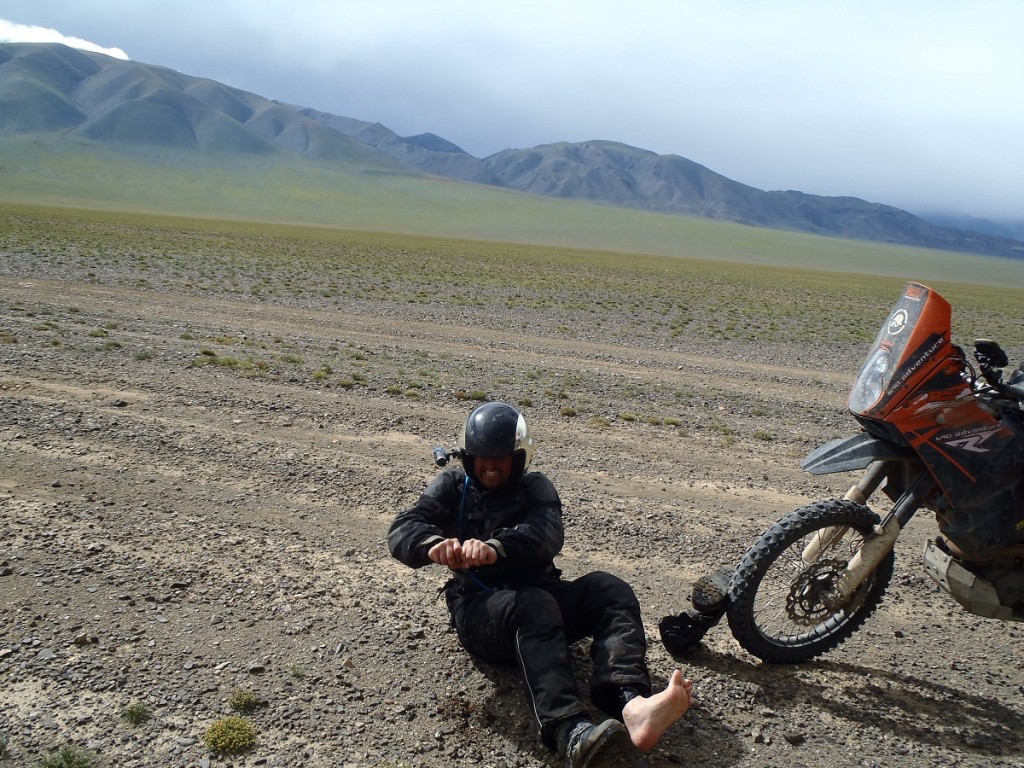 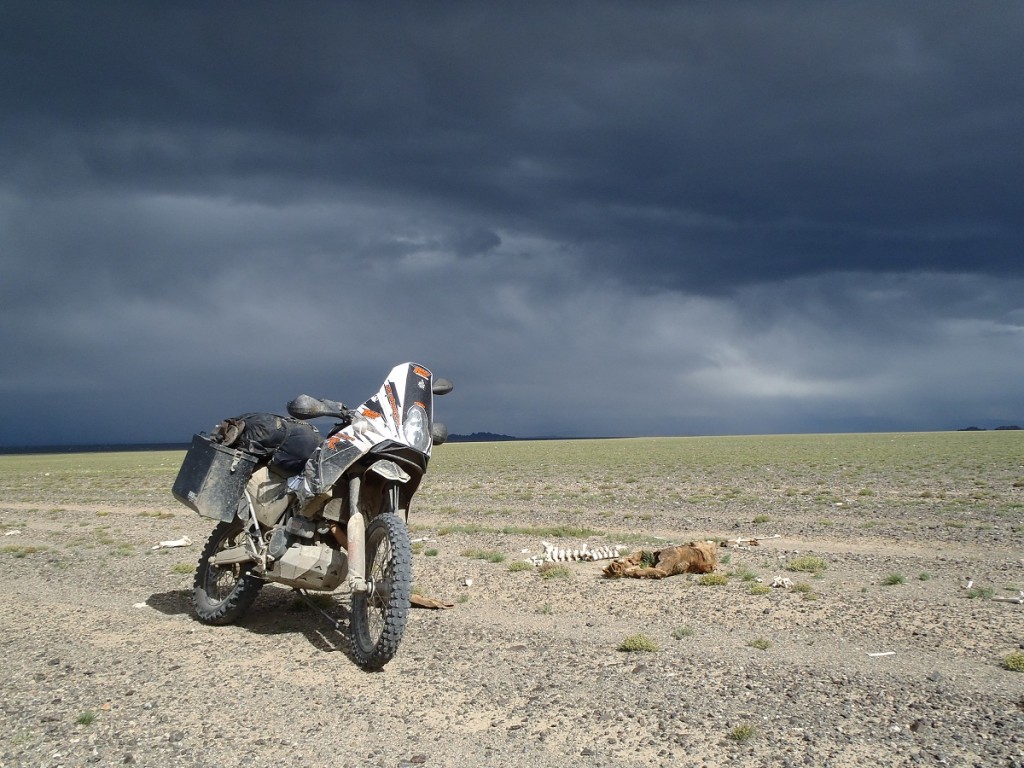 Passed the worst of the weather. 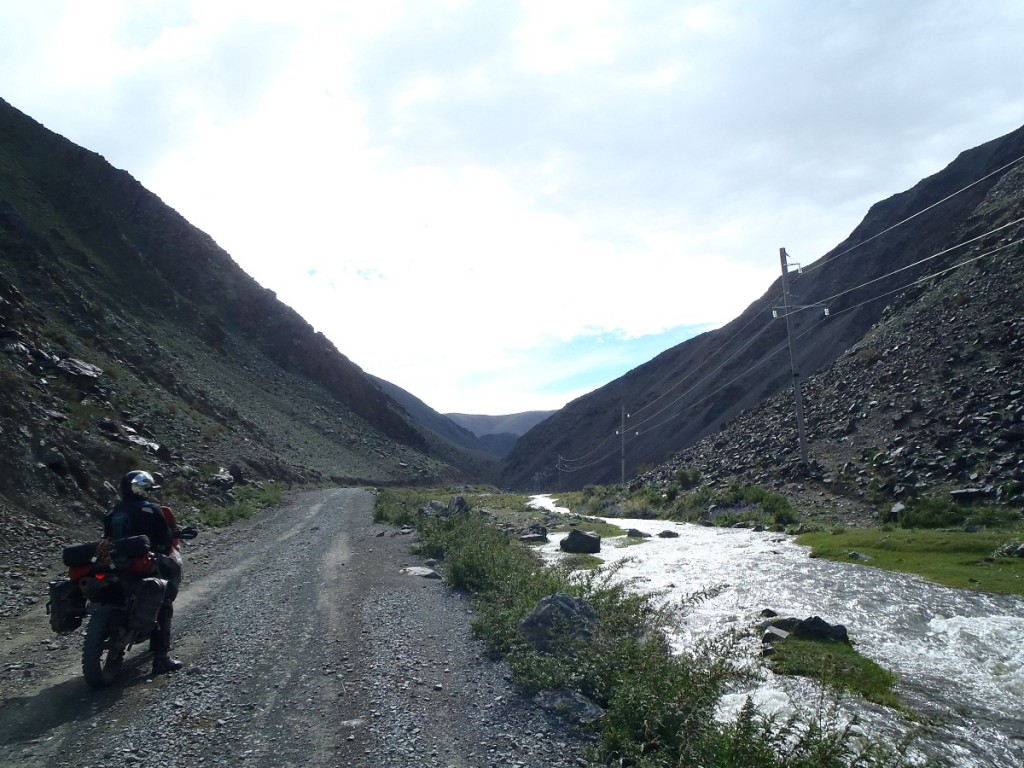 We arrived at the boarder at 5.15 only to find it closes at 5.30 on Saturday, we were the only travellers there and they were not to amused at us turning up at such a time. This was to turn out to be the quickest Mongolian/Russian border crossing ever only 45 minutes which included the most bizarre 25km run across no mans land. As we went through each check the staff were leaving behind us, what a result as we got back on the road in record time. We rode for another hour or so until we arrived at Kosh Agach, time was getting on so we rode around the town and found a B&B for the night.