Novosibirsk to Omsk today just over 600km which is why we didn’t leave yesterday afternoon once Anton had done the injector and bike clean. It would have been to late to arrive in Omsk, find accommodation and avoid the potholes in the dark. About 100/120km out and Kev’s bike started to play up again so we had to strip it down at the side of the road to get the injector out and try clear the blockage, luckily Anton gave us a can of carb cleaner which came in very handy. 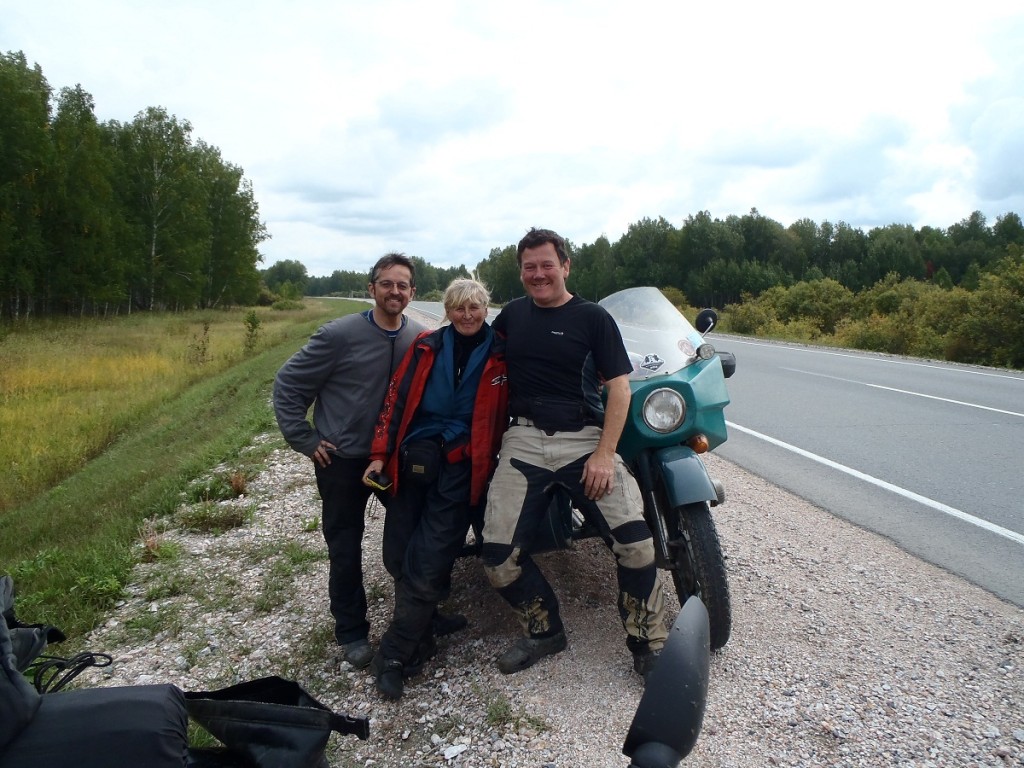 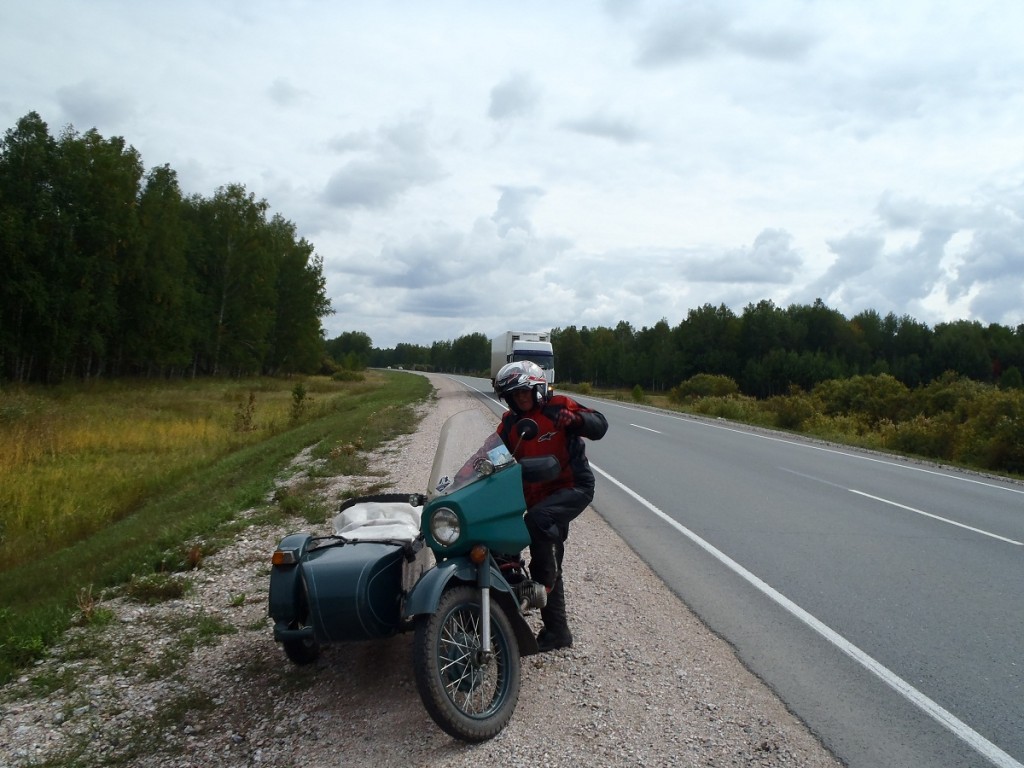 As we were working on the bike and old Ural complete with sidecar pulled up and off got a lady well into her 60’s to see if she could help us, she introduces herself as Natalayia or Nata for short but in her Russian accent it sounded like Nutter! First thing Natta did was give us tea from her flask and then phone numbers and email addresses of people we could stay with and who might be able to help. After half an hour or so Nata left narrowly missing my bike with her side car standing on the pegs and waving, living up to her name!. We headed off about 15 mins after Nata and soon passed her with her arm out waving frantically and a big smile on her face. About another hour down the road we stopped for a bit of lunch in a road side café of which there are many in this part of the world. After lunch as we were getting on our bikes Nata came past (hare and tortoise came to mind) with her camera in her hand filming us and then stopped for another “chat” then we all headed off together leaving Nata behind us doing only 70kph. Another hour down the road and the injector was again blocked so another strip down was necessary, yes you guessed it along came Nata and stopped for another chat whilst Kev worked on his bike. Eventually we arrived in Omsk, rode through the city centre and found a hotel from the waypoints on my Garmin. 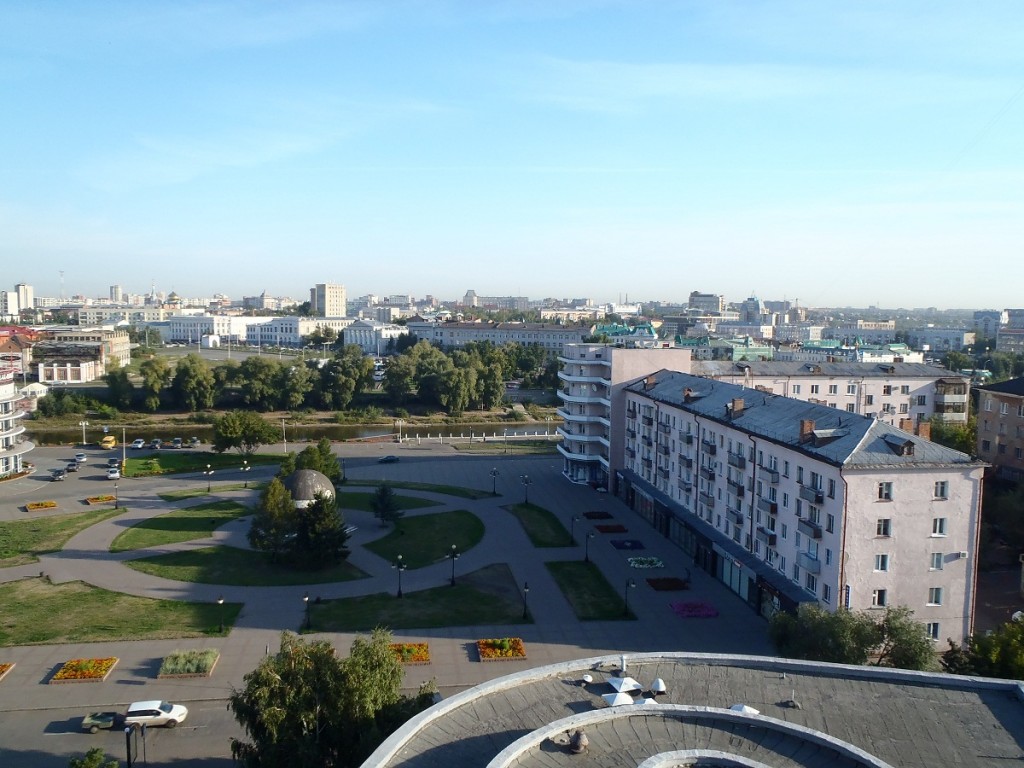