We left Omsk for Kurgan this morning and whilst heading out of the city we came across an accident which must have happened only half hour or so before hand. Looked like a car had pulled out of a side turning straight in front of a speeding van, the side of the car was cut out but the driver left dead in the seat uncovered whilst the emergency services hosed the road around the car. This was a bad start to the day and quite upsetting to say the least. 2 or 3 miles after this we were pulled up by the police to see our papers and wanting to have us for speeding but after half hour of smiling and saying ya ne ponimayu (I don’t understand) he let us go.
About an hour down the road I was riding behind a couple of cars, as I started to accelerate to overtake at about 70mph ish a car in front of the line decided to stop all of a sudden without reason warning or brake lights! the row of cars slammed on their brakes, I grabbed a handful of brake and started snaking down the road coming dangerously close to the lorries going in the other direction. I managed to scrub most of the speed off before the back came out and high sided me right on the white line, amazingly missing the cars and lorries in both directions. The  bike came to rest in the middle of the road, one broken hand guard and a couple of bruises was all to show for the incident thankfully. Kev was following and said he thought my time was up and I was going to get squashed by a lorry, also mentioned that he was gutted he hadn’t had his head cam running!.

Shortly after this Kev had to strip his bike down for the third time to clean out the injector, it’s a bit of a pain as you have to take off the side panels, side tanks and airbox to get to it. This time we found a tube from the chain lube can which we hadn’t used so was able to shoot the cleaner right into the injector and blast any muck out instead of possibly just moving it about, after doing this twice previously we decided to leave the front airbox screws out so we could access the injector without a complete strip down should the problem occur again. so an hour on the side of the road and all sorted until the next time. 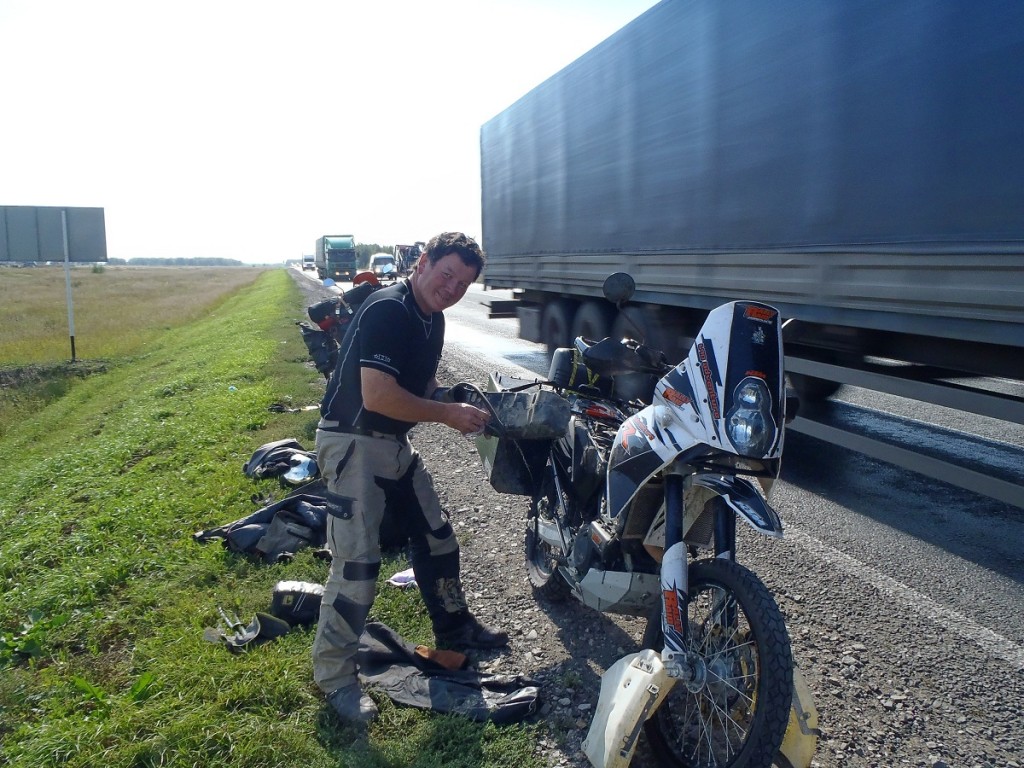 Kev working on his bikes injector.

Arrived in Kurgan early evening and after a quick ride around the city found a hotel called “Hotel Moscow” was reasonably priced and bikes were parked safely around the back. While having a well deserved beer we got talking to a couple of local’s that ride Urals, a few more beers and something to eat we decided to call it a night. 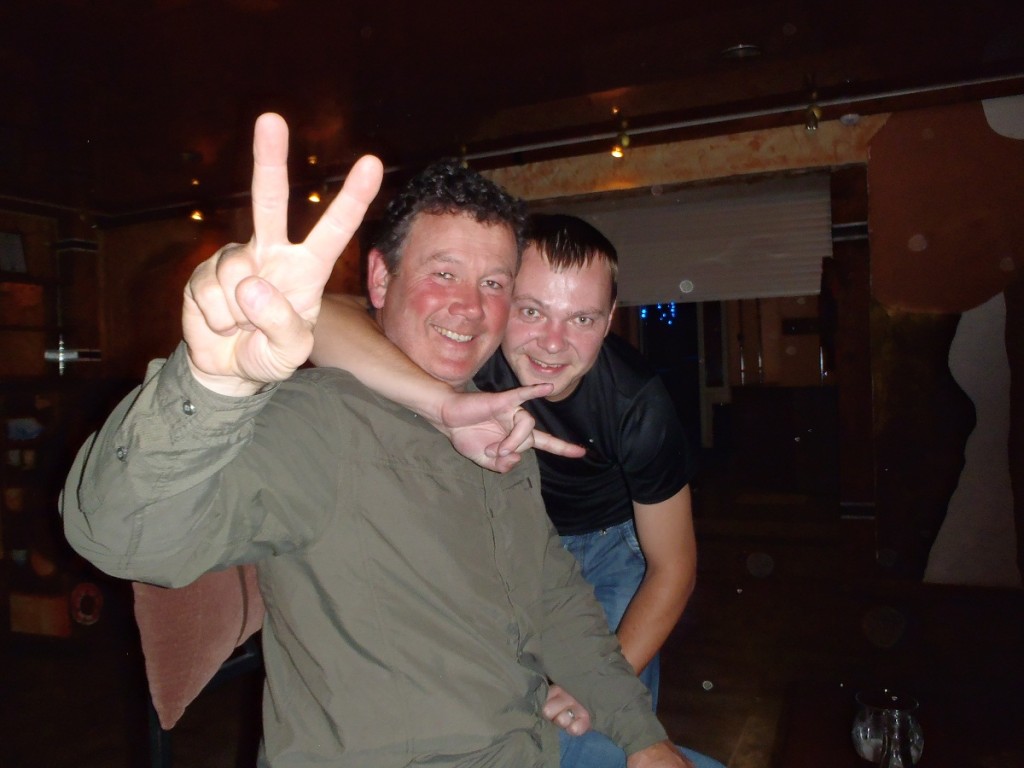