Was a bright sunny warm day when we left the hotel this morning for the nearest cafe on the outskirts of the city, plan wasto have a bit of breakfast and drop the oil out of my bike at the same time whilst its warm. We changed the front sprockets on both bikes to 17t as no more off road from now on which dropped the revs down by 500 rpm in top gear (75mph only 4800rpm) good for the long straight roads. 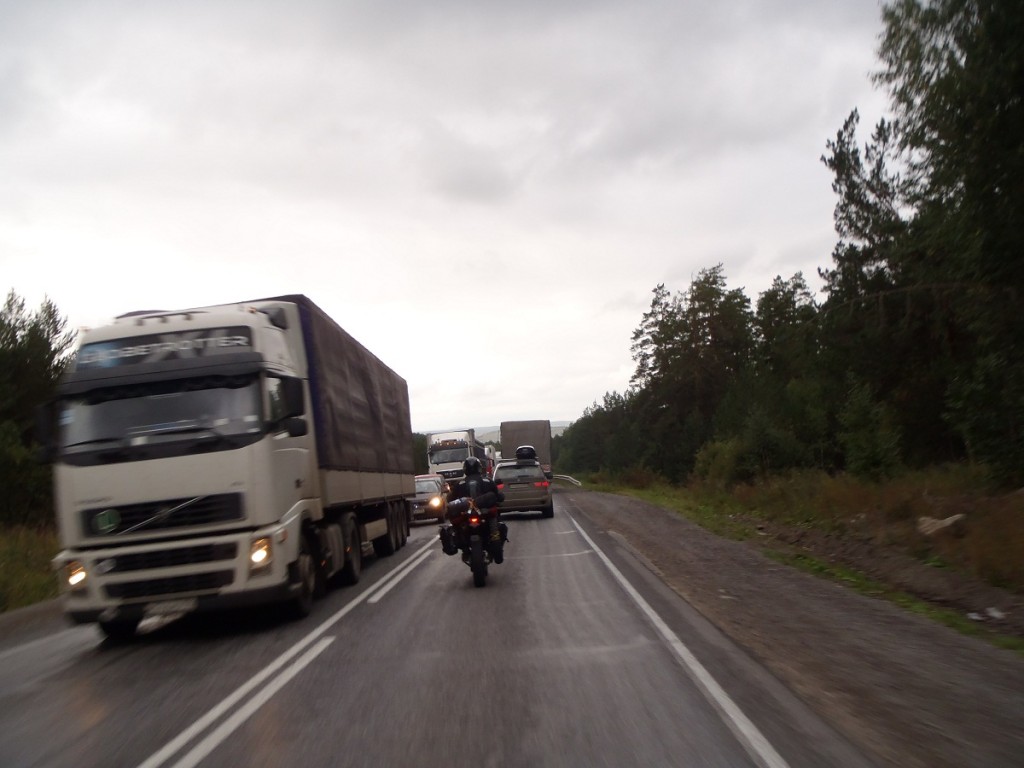 Since we left Barnaul we have just been mile munching and chasing the sun, not a lot to see as the roads are all through forest with the occasional clearing but nothing to write home about.  So we were really looking forward to getting to Ural Mountains with hopefully some good views and twisty roads. Wrong! the drive over the Ural’s is pretty boring with a constant stream of back to back lorries in both directions and deep rutted tarmac which tries to take control of the bike and police every couple of miles. By the time we reached the mountains it was raining and cold which I suppose didn’t help matters, along with getting pulled by the police again today for a paper check. It took us about 9 ½ hours mainly due to the sheer weight of traffic on the roads, not one of the best days but nothing went wrong and we didn’t lose anything so that’s a bonus!
Found a hotel for the night in the city centre, hotels are getting more expensive the further west we go but after spending all day in the saddle of a 690 (and they are not the most comfortable) we need a good rest.