Big hangover this morning due to a night with the brothers grim, ended up in a club until god knows what time. Only consolation was I left before them and they have much bigger hangovers than I have.
Plan for today was to cross into Poland (back in the EU) and ride down to Bardejov in Slovakia to meet some of Gary’s friends there for a party.
The border crossing today was the busiest yet with a mile long queue, luckily we were able to shoot down the outside to the front but still took us 2 hours to get through! Kev had a few issues with his documents not matching the year of registration as his bike had been re-registered, we had been through countless other customs and nobody had ever noticed but eventually we got through the last customs border on the journey 🙂 .
The fuel price has been rising the further west we have travelled, in eastern Siberia we were paying just over 50p ltr, Ukraine was around 90p ltr and now we have crossed into Poland it’s about the same as home. Before we used to fill up both bikes to the brim now for the same price it’s less than one!
Polish and Slovakian roads were great and Gary knew a beautiful route to Bardejov where we were staying in the centre. After a shower and freshen up Gary’s friend Lubo sent a taxi to collect and deliver us to his house where they had laid on a massive spread of food and of course lots of alcohol. One particular spirit was called slivovica which is Slovakian, there were 2 types, the normal strength and the blow your head off strength! So after a skin full we all went to the local bar for more food and drink, after that it was to a nightclub near the hotel…. 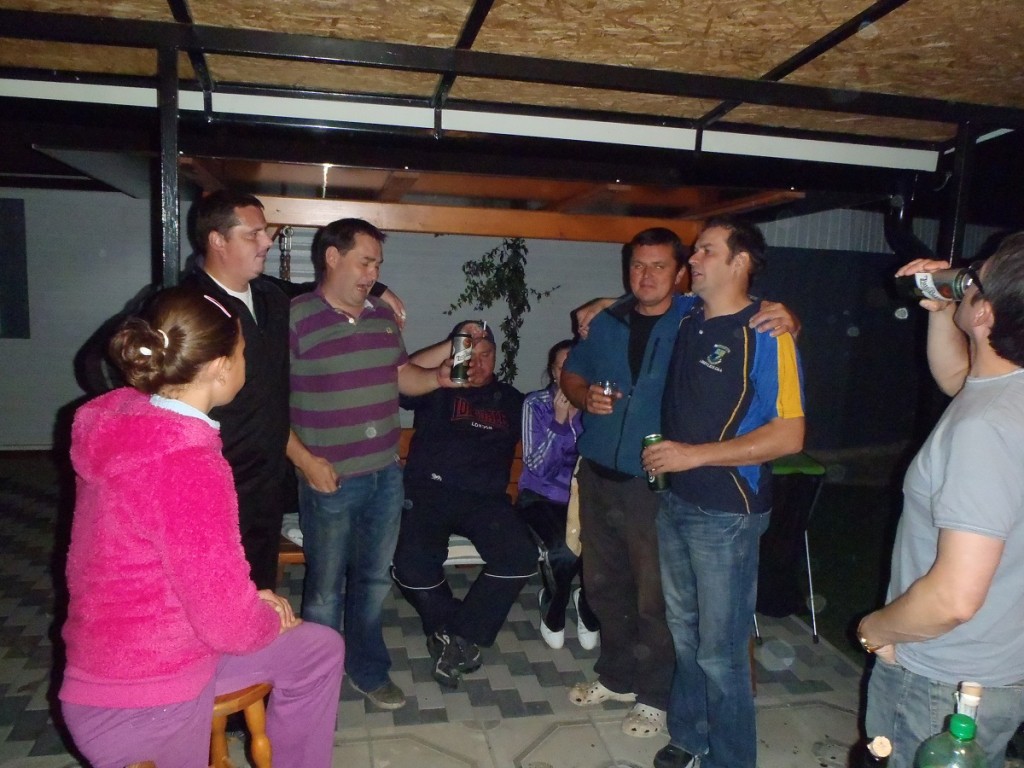 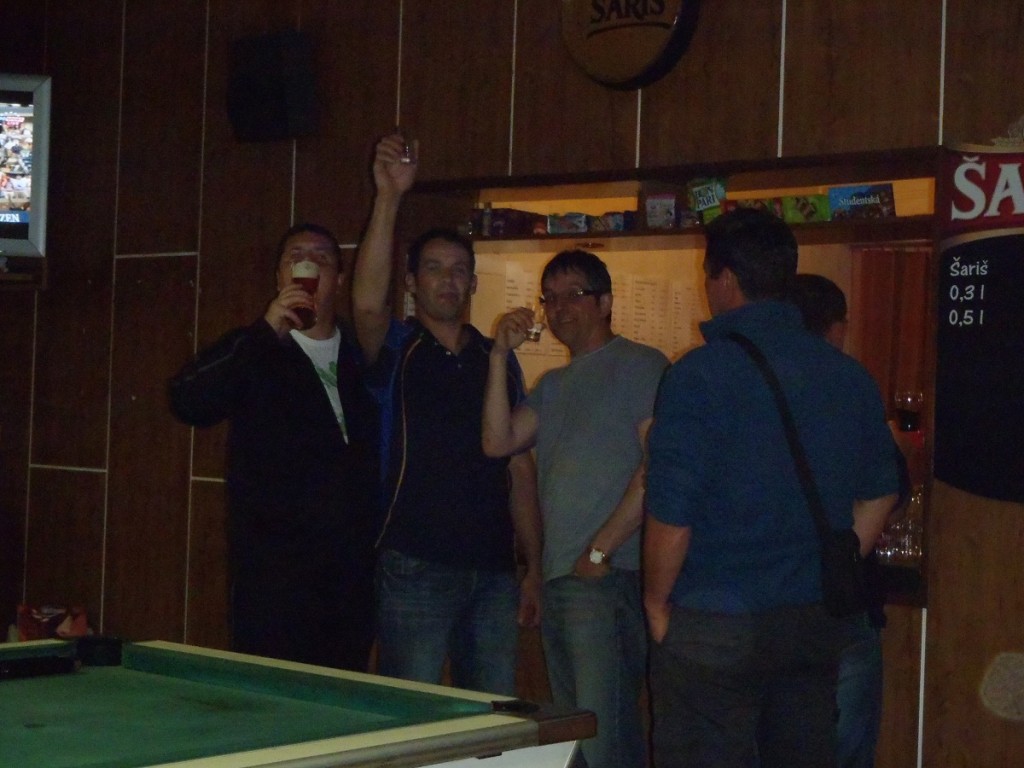 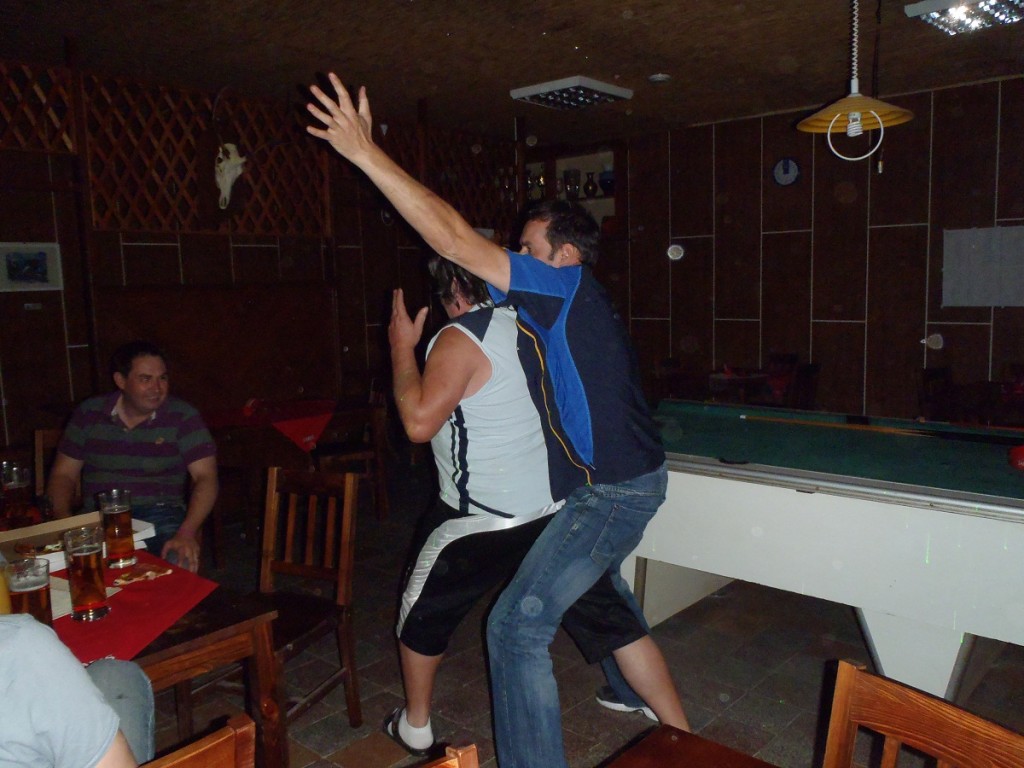 Ned getting friendly with a local in Slovakia! 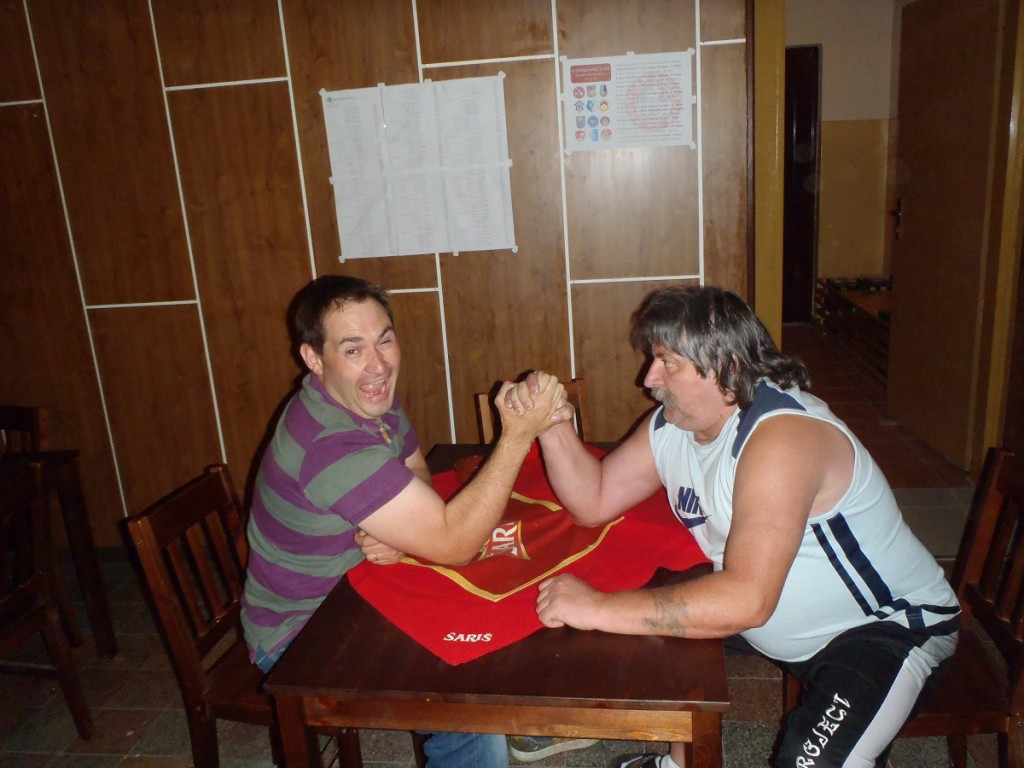