Day off the bikes today which is just as well, had to do some maintenance on the bikes changing my rear tyre for the one I bought in Novosibirsk (it’s only a 120 but will do for the rest of the ride home, Garry managed to change it after 2 hours of attempts!). Kev had to do an oil change along with Ned, all done in the front car park of the hotel (hope they didn’t mind the mess 🙂 ). 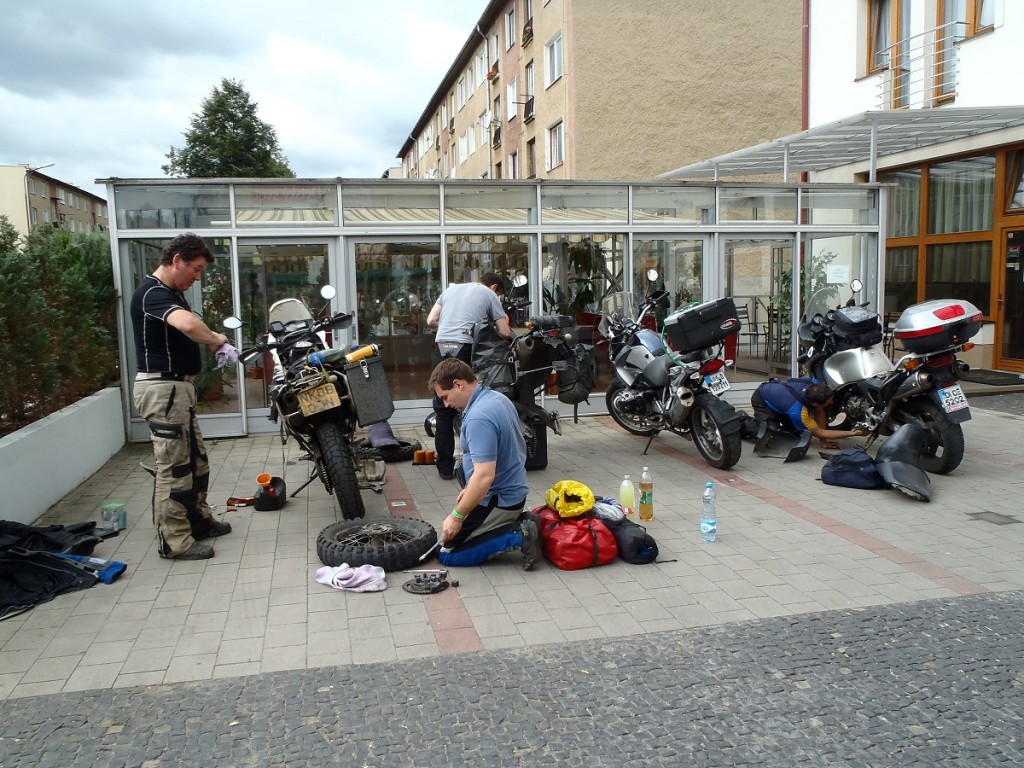 Working on bikes outside hotel in Bardejov. 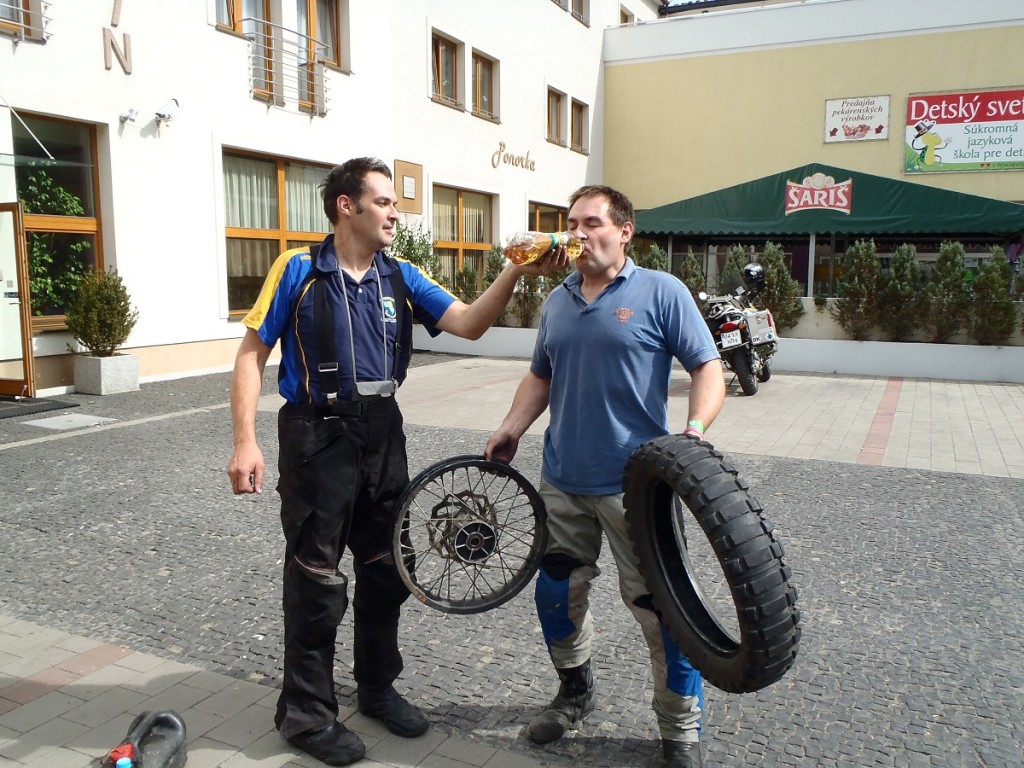 After the bike repairs we headed out to another friend of Gary’s where once again there was a massive spread of food and Slivovica for those that wanted it but we gave that a miss. left there about 5 and popped into Lubo’s brother for a cup of tea and again more food put up in front of us!. Back to the hotel and off for a beer with Gary and Ned, then maybe back to the nightclub 🙂 .