Time to leave Yakutsk and our new friends but not before the breakfast mom had once again prepared and then the good byes. A few more family members came over to see us off and wish us luck on our travels and two of them wanted to ride the bikes! How could we say no! so one of nicks cousins went off on my bike like a bat out of hell and the other cousin went off on Kev’s and disappeared. 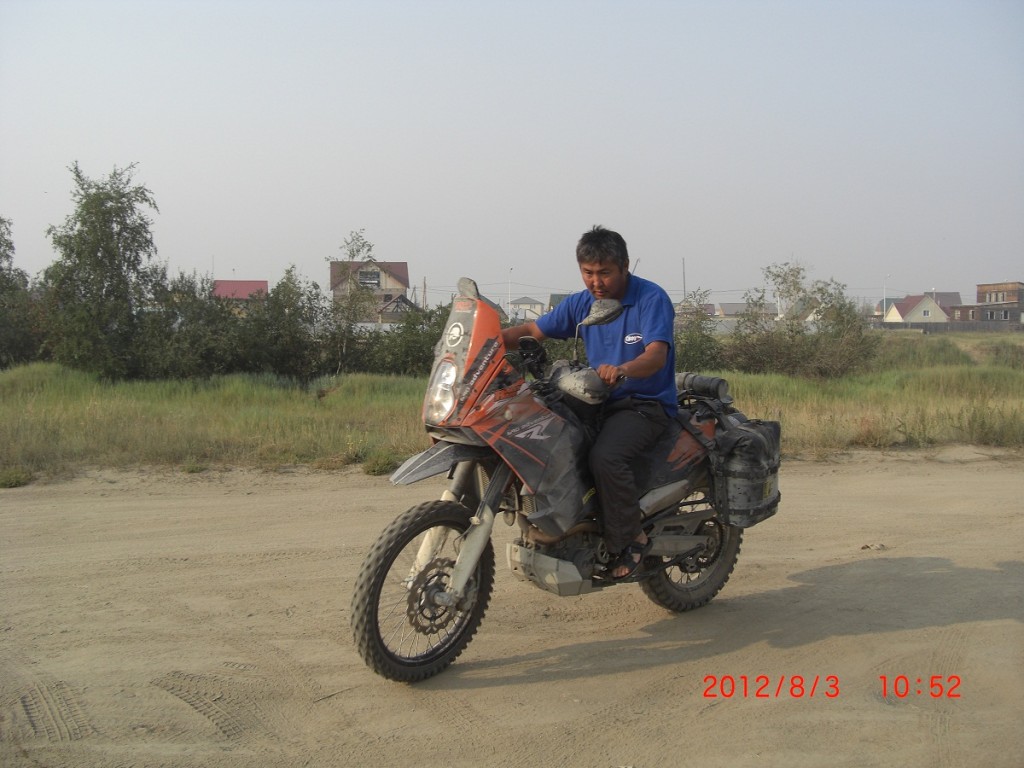 Nicks cousin on my bike.

He had got to the end of the road and stalled it but we were thinking the worst! 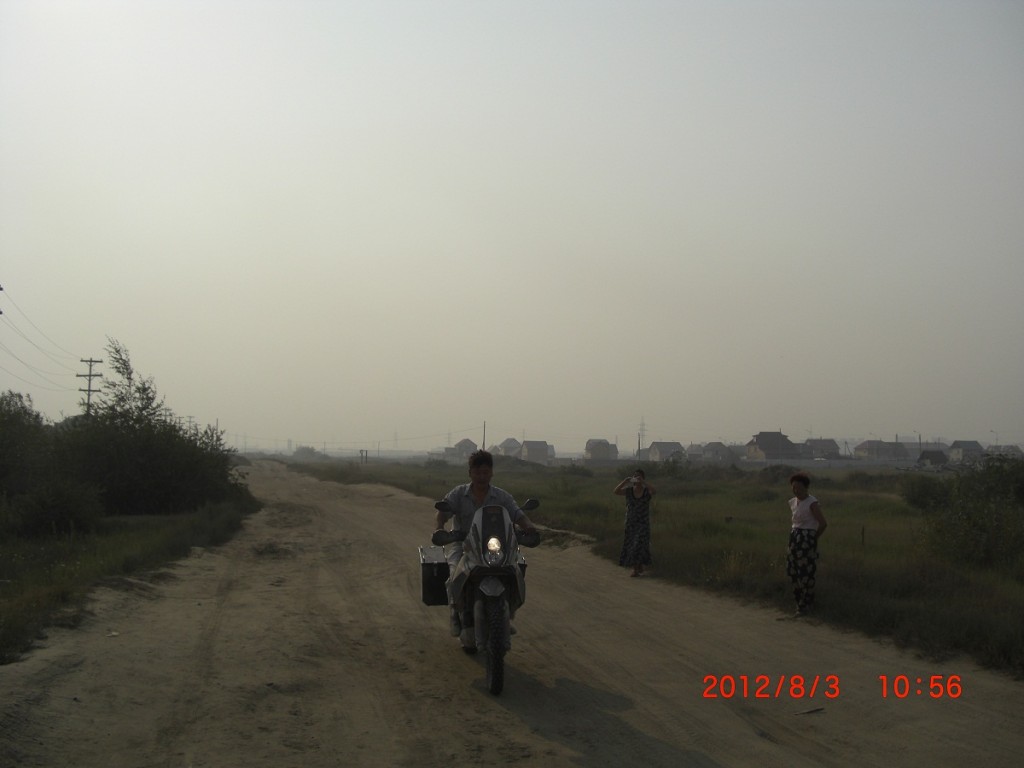 So off we head waving goodbye all the way down the road, we had to cross the Lena river again so it meant hanging around for a ferry for an hour or so. When we got off the other side we headed off in the wrong direction for about 10 Min’s which was a pain as the road was shite.
The road was rough leaving Yakutsk and was starting to take its toll on the bikes with nuts and bolts coming loose and some falling out altogether, tough old road and relentlessly boring. Give us the old summer road any day! 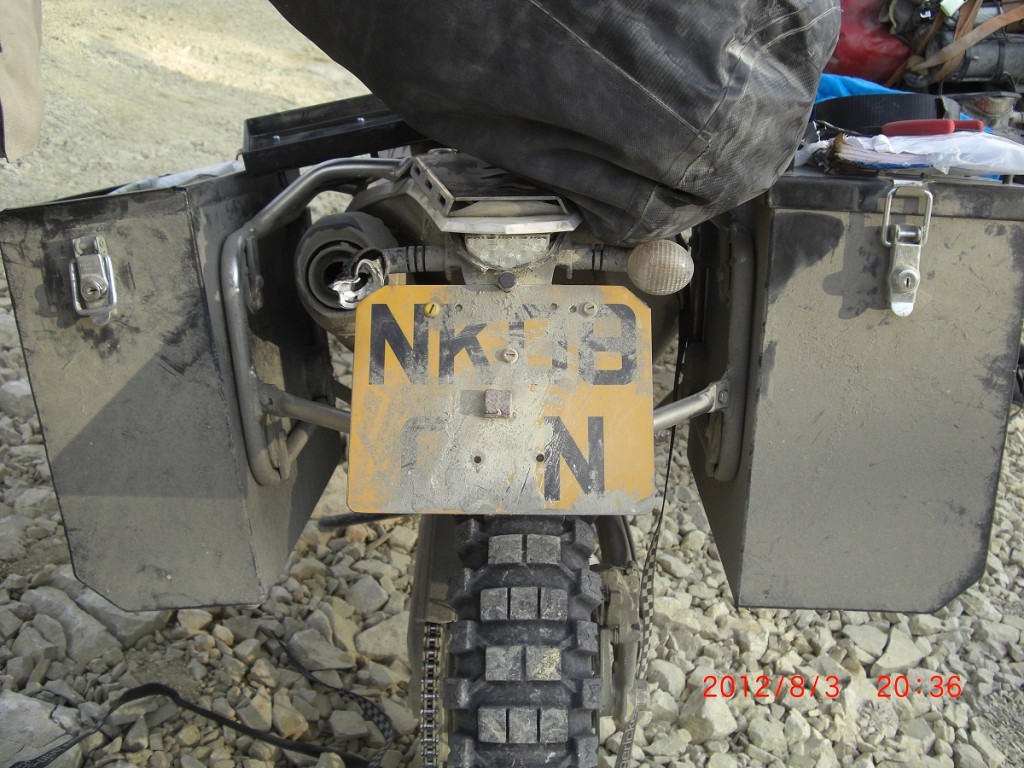 Kev’s indicator became the next casualty of war and decided to catch fire, lucky it only burnt through his roll bag before he got to it. The bikes and gear are taking a serious pounding!

Filtering water for a brew on the M56 Lena highway

We made camp off the road on an old track near a river at about 9pm and called it a day. Time for something to eat and a cuppa tea!