This morning whilst having a cuppa and checking the bikes Kev found that one of his upper tank mounts had sheered off, and these were replacement toughened ones from Rally Raid. Luckily I had a bolt the right size though not tampered so in that went and we’ll just have to keep an eye on it! 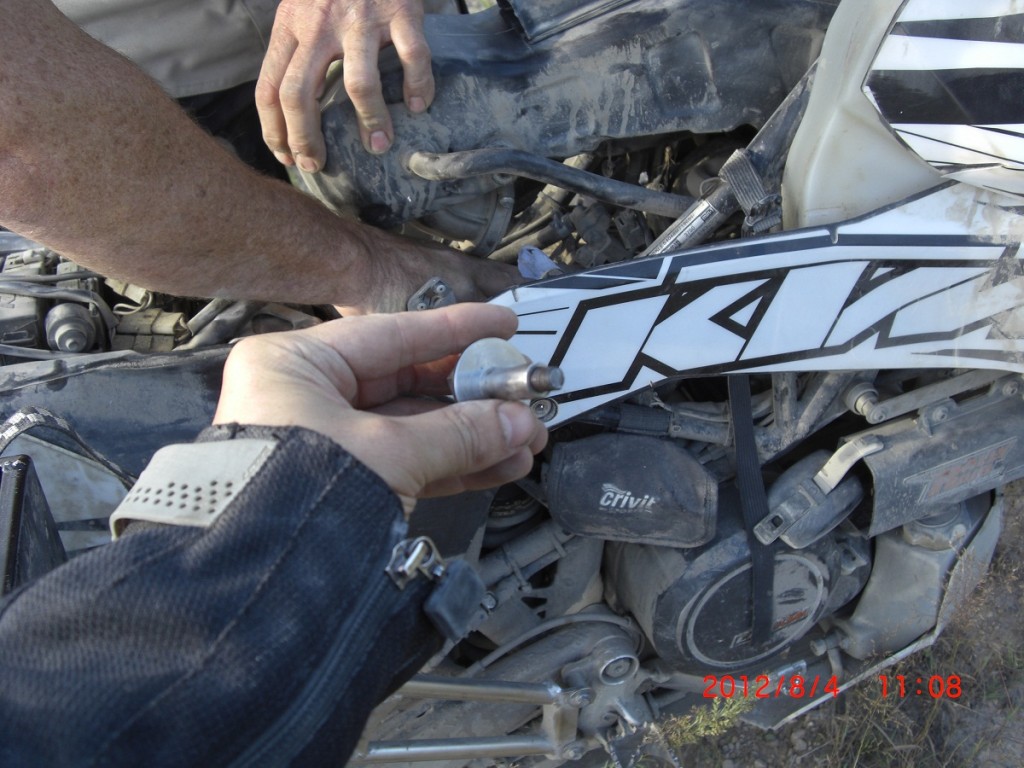 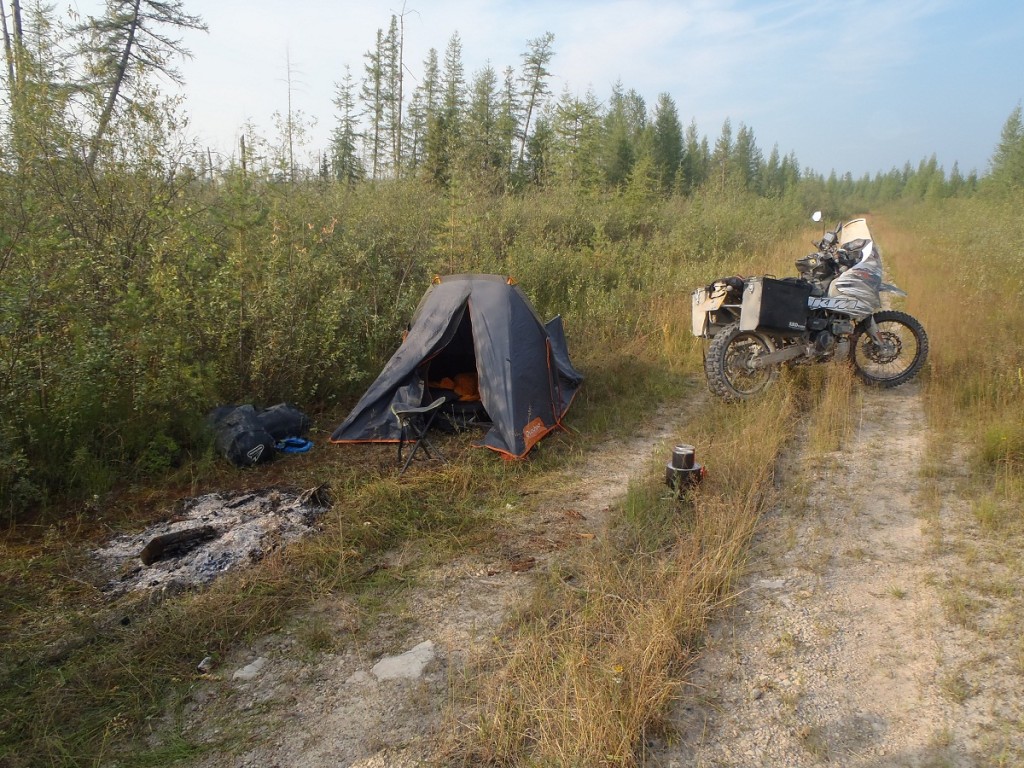 We had about 150 km of tarmac today which was a nice break from the constant vibration and rock smashing, the funny thing here is that you could ride for 100km of gravel/rock then all of a sudden you come across 500m of really good tarmac in the middle of nowhere, why I don’t know.

Riding along about 4 this afternoon and we bumped into two bikers from Poland heading for Magadan we stood and swapped information and had a chat for an hour or so. These guys were on Africa twins so very heavy bikes to be doing these roads on but they seemed very capable lads. 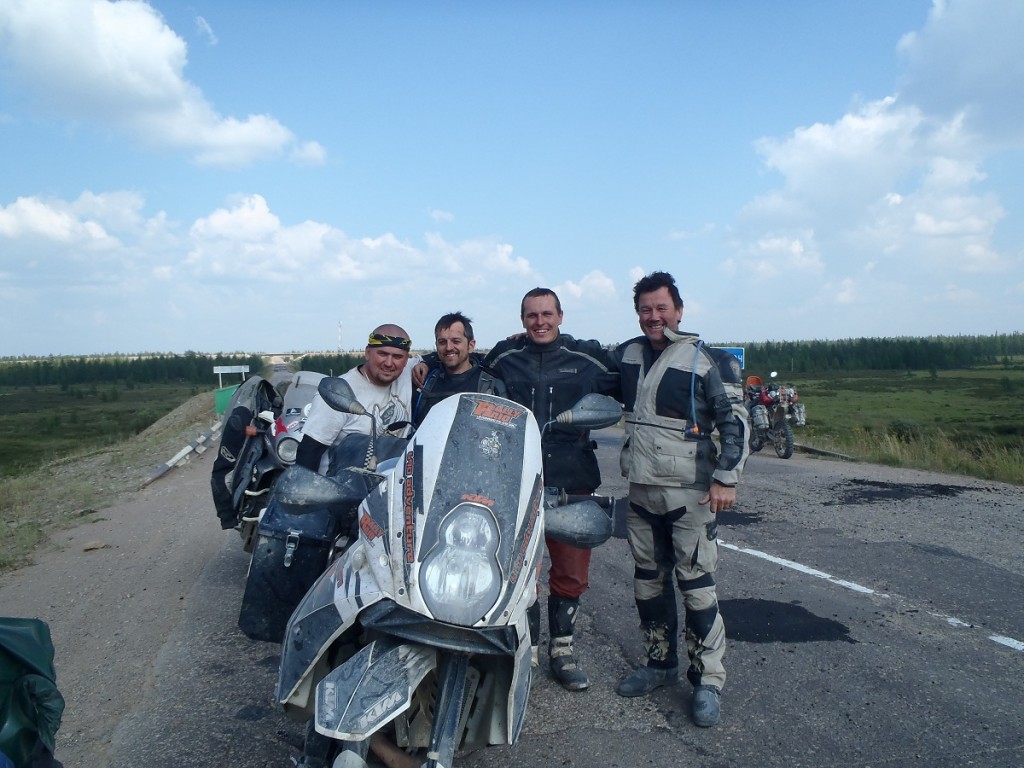 So off we went again on our way to Tynda but by 8pm we still had 80 miles or so to go and the road was rough so decided to find a place to camp. Whilst we were sitting on a bridge waiting to pull off the road without being seen we spotted something coming towards us in the distance so decided to let whoever it was pass then we’d head in and make camp out of sight. It turned out the object coming towards us was a guy from Switzerland on his push bike also heading for Magadan so after a brief chat with him we all made camp together had tea and a good old chat, this guy is something else!!! 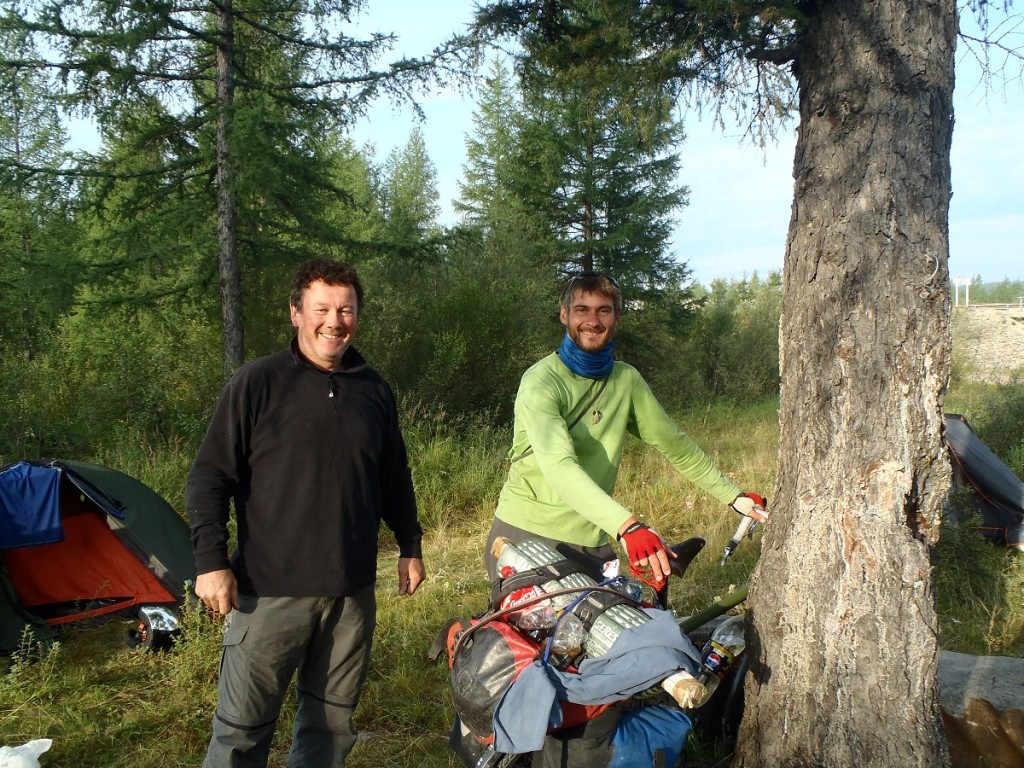 He had travelled the western part of the BAM in stages as and when he had holidays, he also carried an inflatable boat on the back of his bike for crossing rivers! 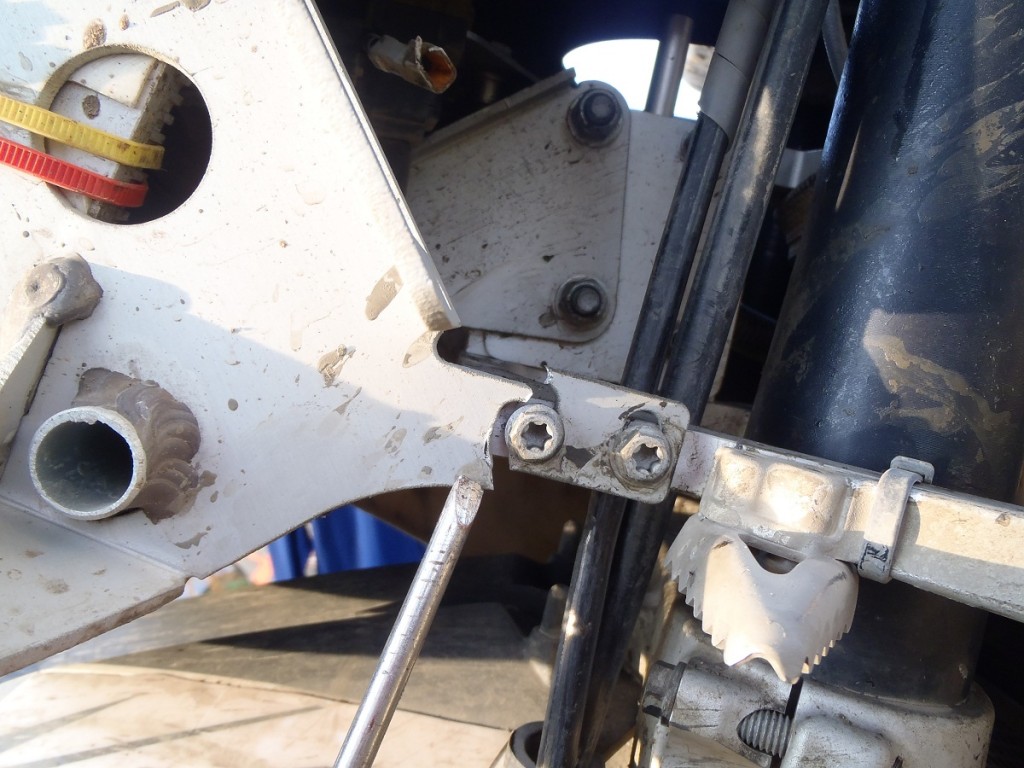 Tonight Kev noticed that part of his fairing frame had snapped so tomorrow we’ll have to try find an ali welder to sort it before the Bam road, his bike is slowly disintegrating. Our rear tyres are getting low so we are going to try to arrange for tyres to be delivered to Irkutsk when we get there in 10 days or so.