Got up this morning had tea with the Swiss guy who’s name was Christian I think, Kev attempted a temporary repair on the bike as we only have 80 miles to Tynda where hopefully he get it sorted. 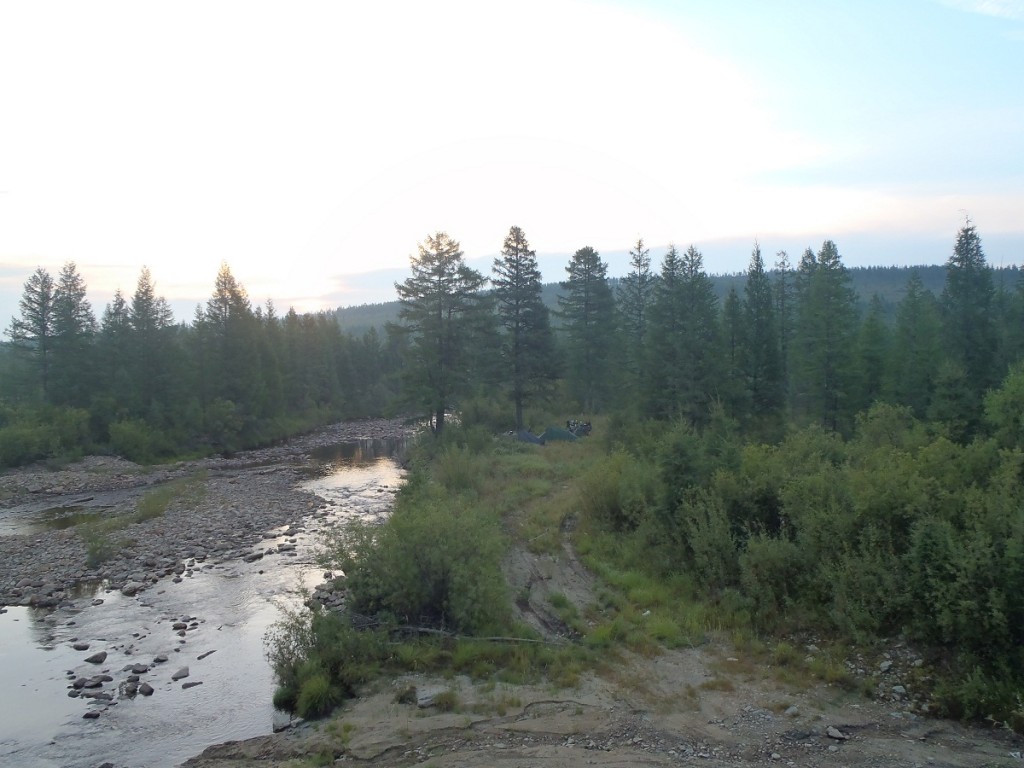 So arrived in Tynda around midday got checked in the hotel and had our second hot shower since we arrived in Russia over 2 weeks ago, It was great!!!! 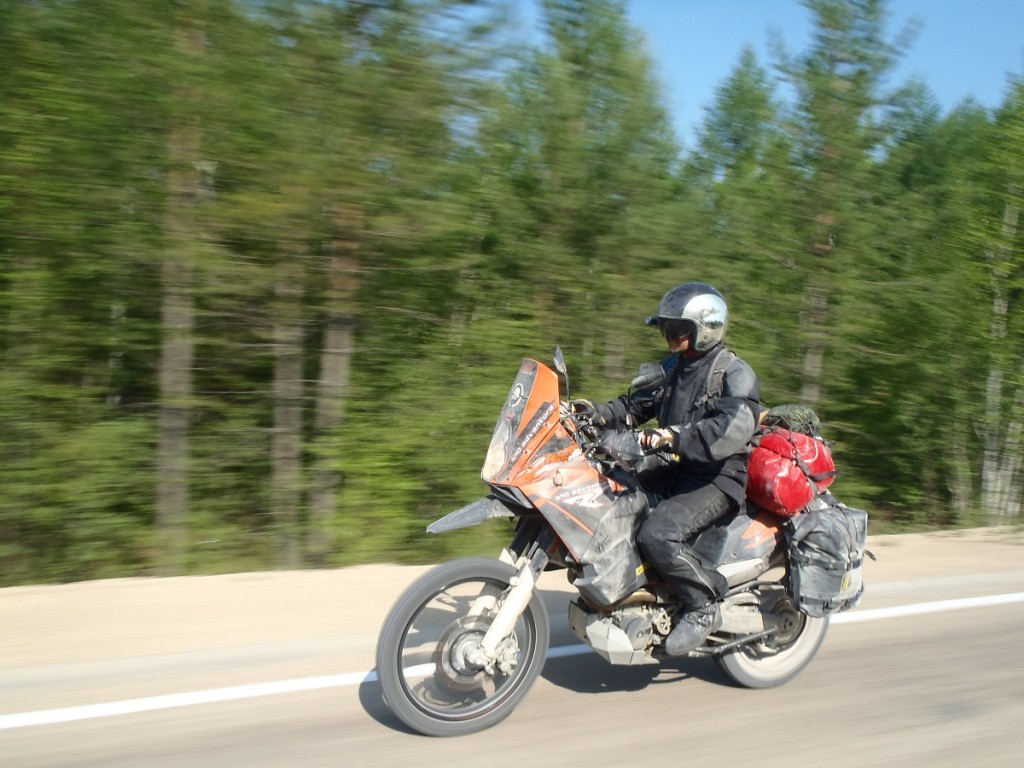 After a bite to eat Kev went for a spin on his bike around town to look for somewhere to help fix his fairing bracket, whilst I had a cheeky kip :). He found an auto parts shop and whilst messing with the bike outside a fella came over and pointed towards his garage beckoning him over. Within minutes his drill, grinder, and all other tools came out and he cut one of his spanners down to act as a splint on the fairing frame. As Alexandra was working on the bike a crowd started to gather and it turned out it was the HQ of a local endure biker club what a result! He also met a guy called Max who spoke good English and as far as we are aware is the only biker to ride the eastern part of the BAM from Vanino to Tynda. Alexandra fixed Kev’s bike but would’nt take any money for the repair, so Kev invited the guys out for a beer and pizza later as repayment.

Kev arrived back at the hotel a couple of hours later and we went for a stroll around the town, Tynda is small with around a population of 30,000 and not much else so didn’t take to long. It’s the cross roads of the M56 Lena and the BAM railway, so if you pass through it you would have actually rode a section of the BAM. 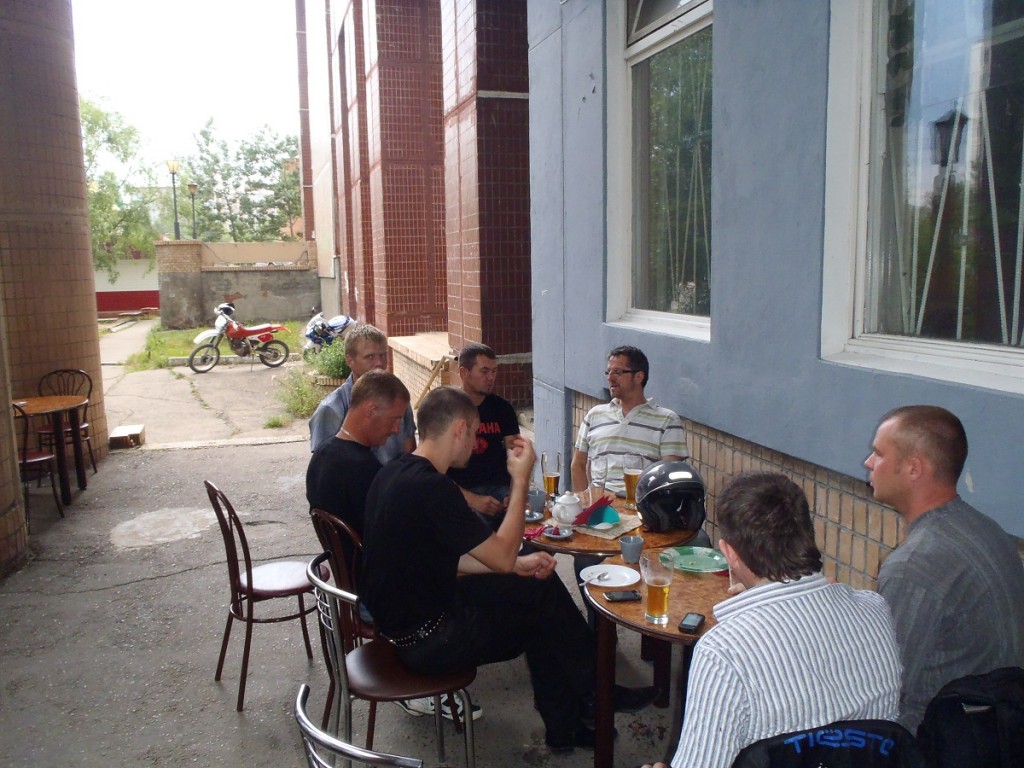 Chatting to Max about the western BAM he thought that our bikes wouldn’t make it, they were to big and carried to much gear! Strange as we thought they were lightweight with pretty much minimal luggage 🙁 . Max and some of the others had rode to Chara a few times on 250’s and when he did the Vanino part it was also on a 250, some of it had to be ridden along the side of the tracks. 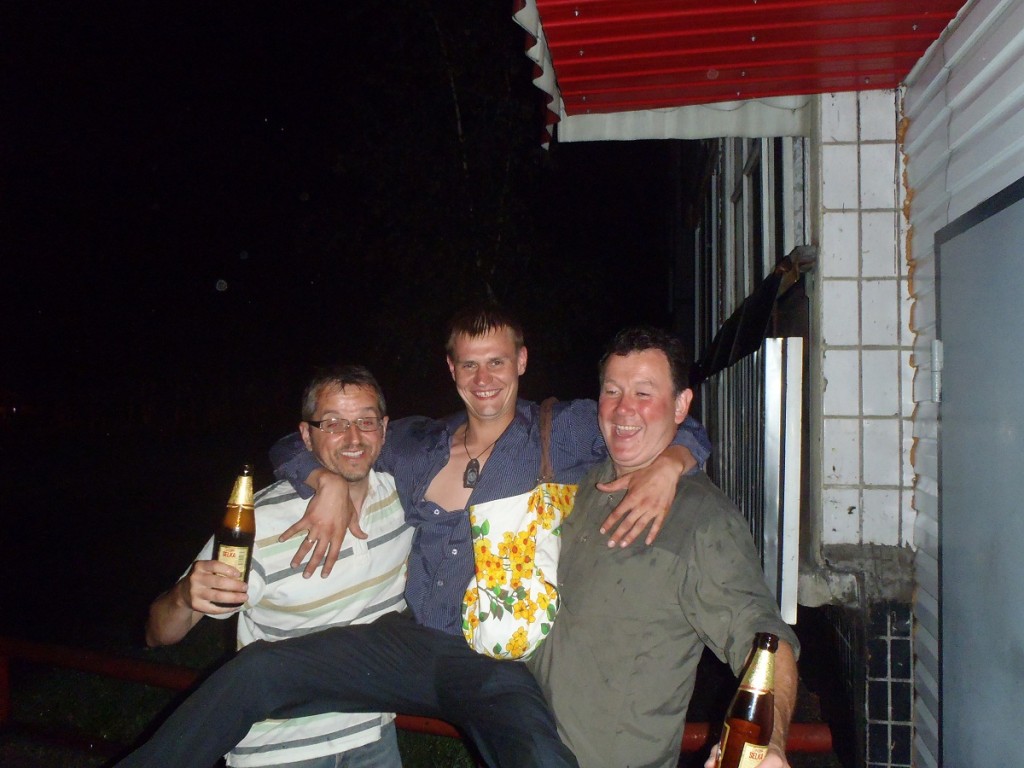 Tynda to many beers!

Many beers and a few pizza’s later at around midnight the heavens opened, a torrential downpour later and we were soaked to the skin but happy (well drunk!).