Up and at it but not to early after a late night last night, we went out to get some provisions for the BAM then fuelled up and before we knew it was 1pm. It was raining this morning but not too heavy yet we had a very heavy shower last night which could cause problem with the river crossings on the BAM but we’ll have to wait and see.
The first 120 miles of the BAM road was very good flat compacted gravel and sandy mud after that it started to become a bit rocky, oh and more old wooden bridges 🙂 . 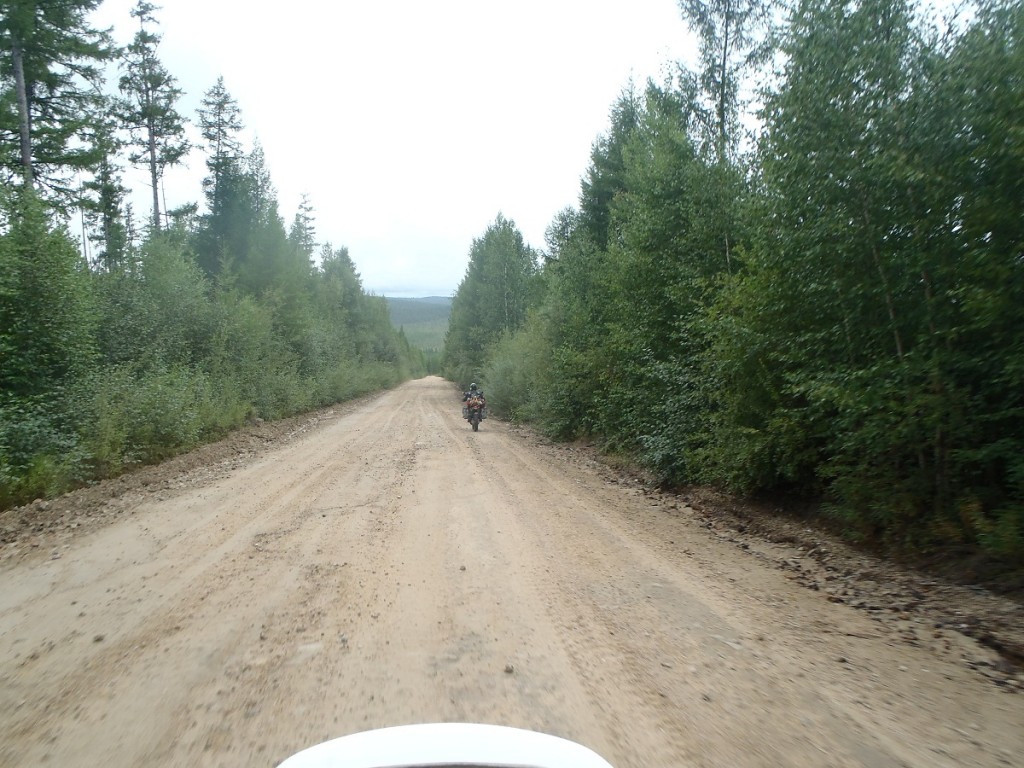 Start of the western BAM from Tynda. 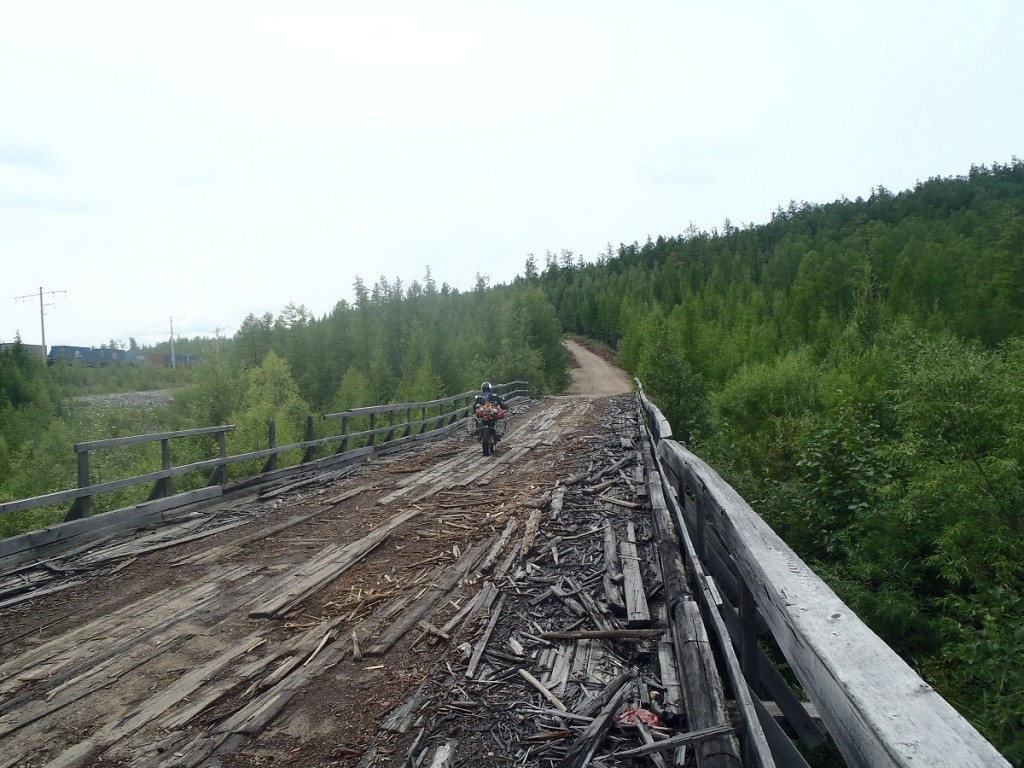 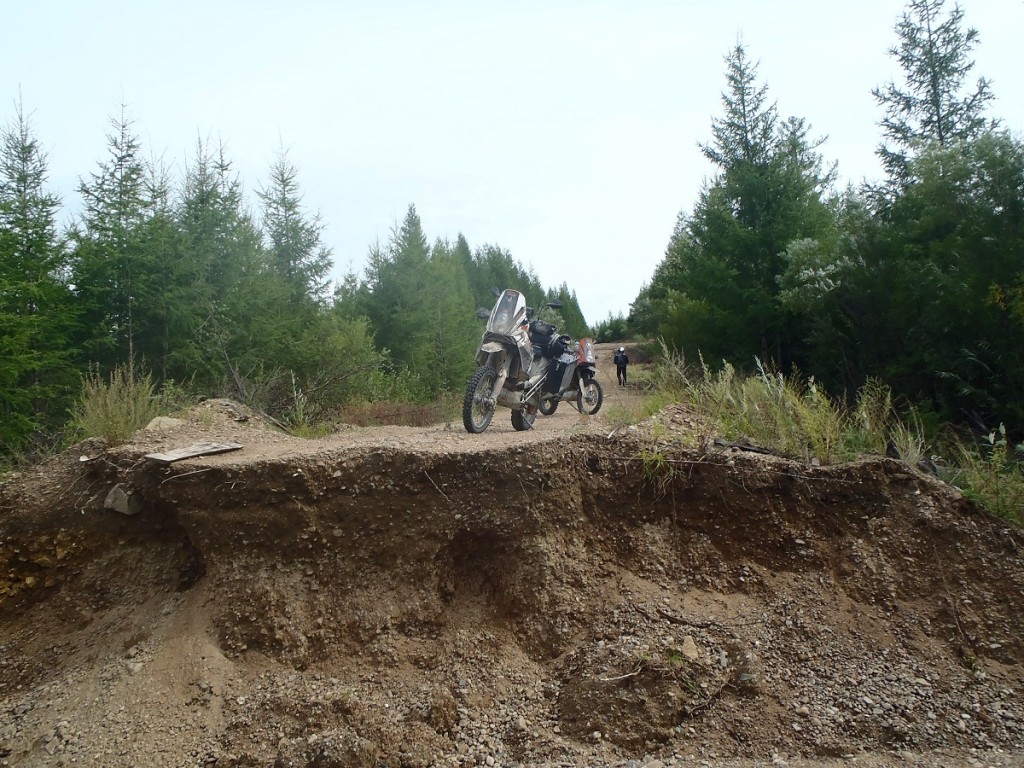 The first town we came to we went in to try and find petrol as we had done 120 miles and just wanted to top up at every opportunity as the guys we were drinking with last night said there was no fuel station for 800km until Chara. There was no station here but as we were topping up supplies at the local shop I asked the lady if we could buy fuel from someone. She called a guy who came to collect us and take us to a massive workshop where he had a personal supply of which he gave us about 15 lts to top off both bikes. He was a keen biker and rode around on a huge Honda quad bike, after some basic conversation with him we discovered that the Spanish guy Ilker on the KTM 990 had passed by on the way to Tynda a couple of days ago and his bike had taken a bit of a beating. 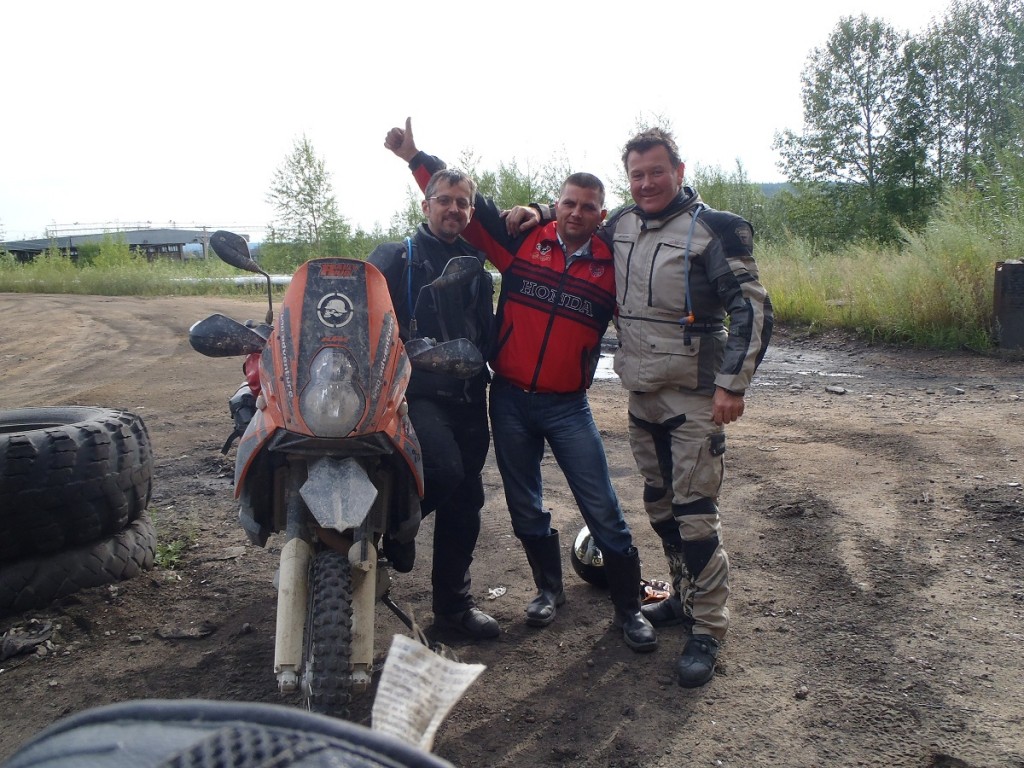 Again we offered to pay but he would not take any money from us, he was so interested in our bikes and what we were doing I let him have a ride of mine. He shot off like a professional motocrosser with the back stepping out down the road, after about 5 minutes (actually seemed like an hour!) he came back with the biggest grin you will ever see. 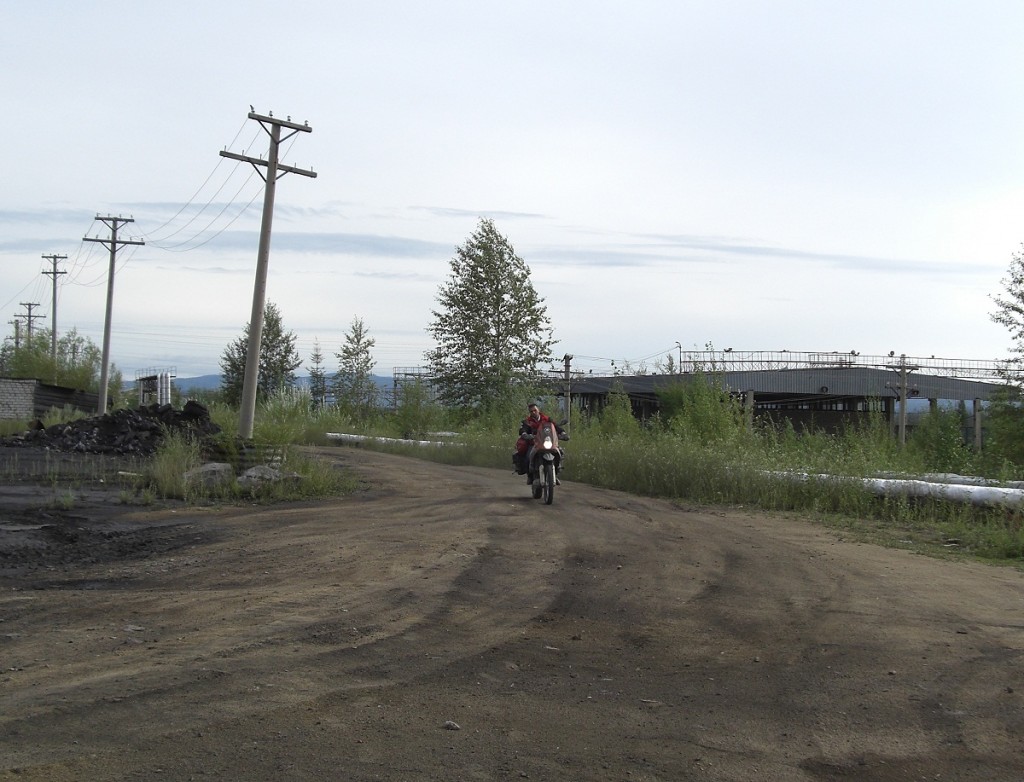 Getting the petrol took about an hour with one thing and another so rode until 8pm then found a railway cabin to make a camp for the night, had tea fired up hee stove and chilled out for a while so as to get an early start in the morning. We should bump into Walter Colebatch tomorrow by our reckoning as he is heading the opposite direction on the BAM!

These huts are station every 20 or so km’s along the railway for the workers to rest in when doing repairs, they are situation right next to the track and as I didnt have much camping equipment they would make an excellent hotel for the night.