Had an early start this morning weather looking promising for another great day on the BAM, We covered about 150 miles yesterday with a late start but the road was good which was not the case for today. 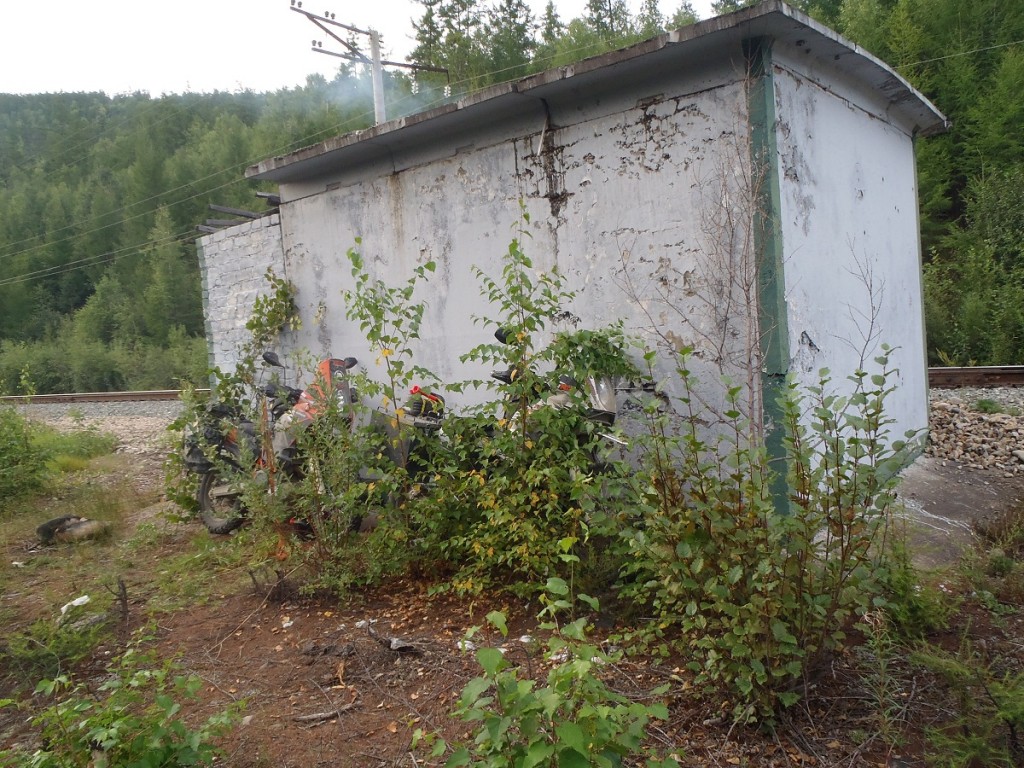 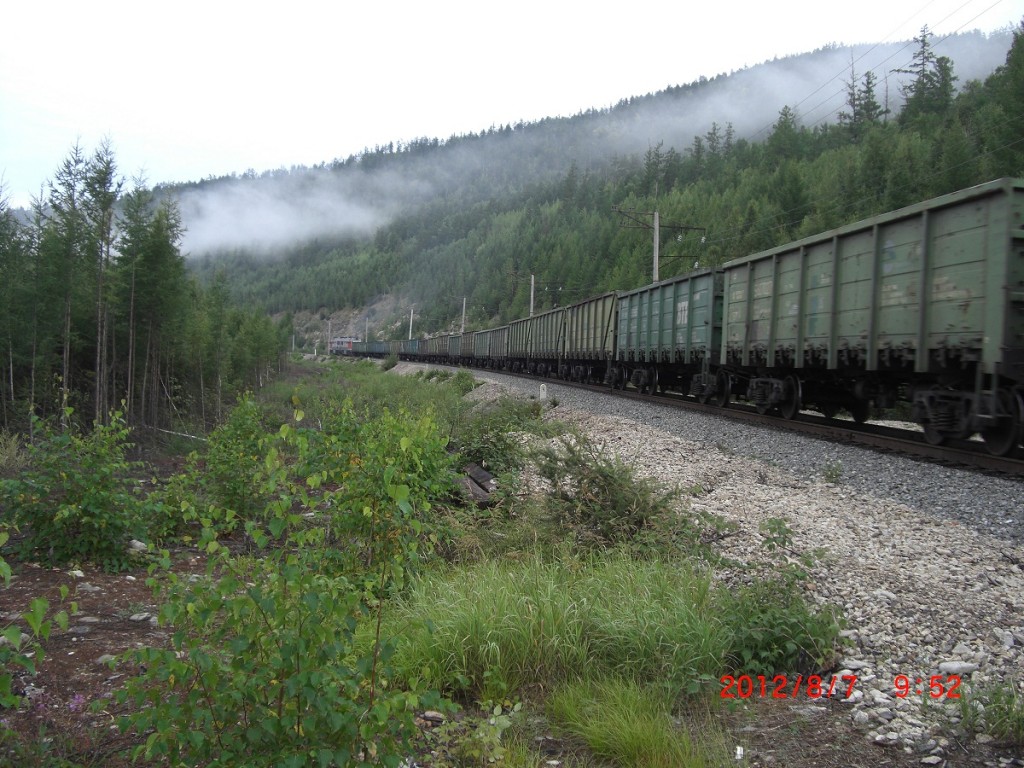 The main problem with sleeping in the railway hut was that fact that every hour all night you had a massive diesel freight train thunder past, and these trains are like 50+ carriages long! the whole hut shudders and vibrates, lucky we were so tired i didn’t affect us to much.

Shortly after starting off for the day Kev had an issue with his bike, the rear was making a strange noise and felt weird. We stopped to take and look and found that he had run over a thick steel wire that had wrapped itself around the hub and ripped part of his chain guard off. Out came the pliers for some open heart surgery. 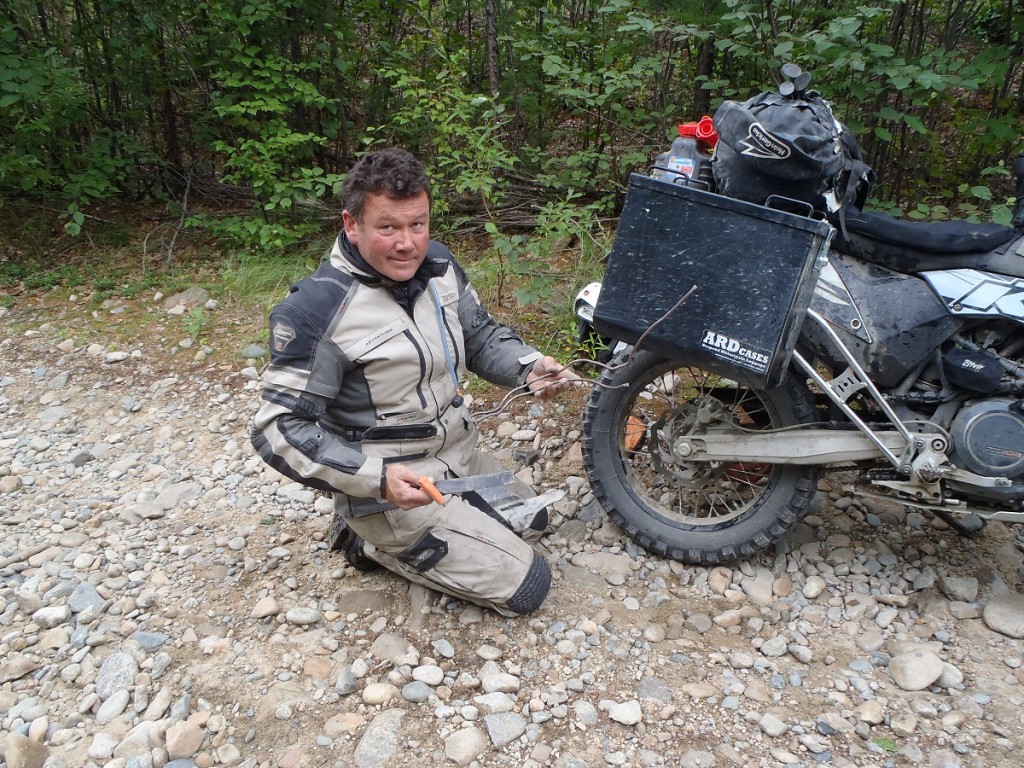 Kev’s rear after he removed the steel wire. 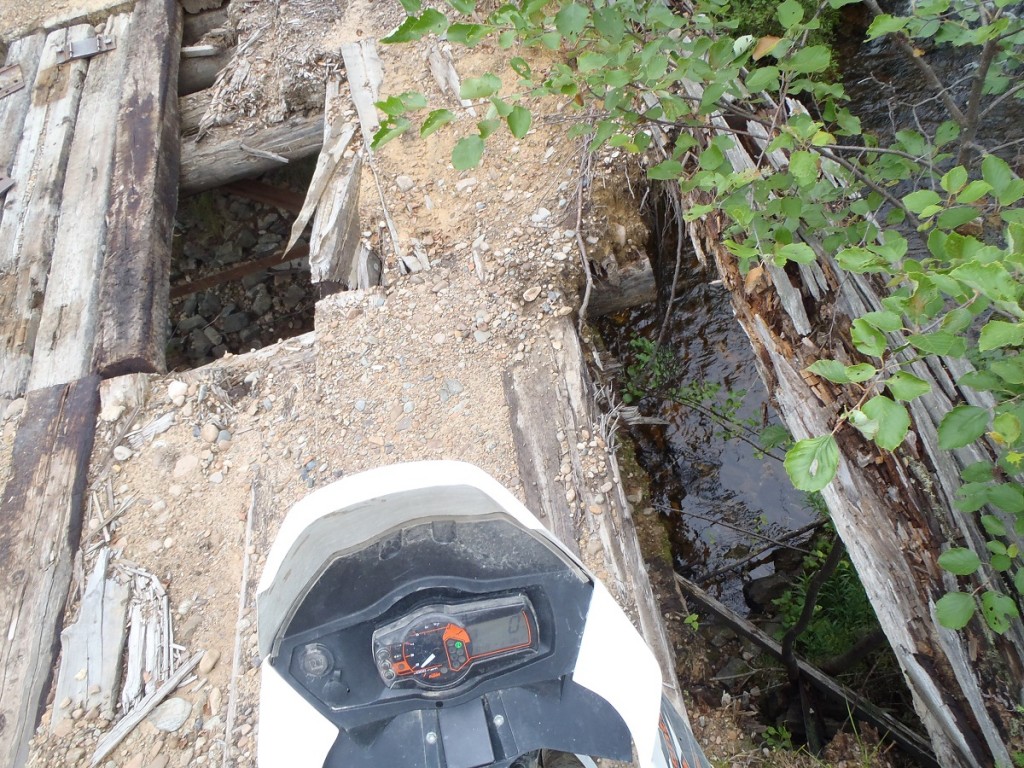 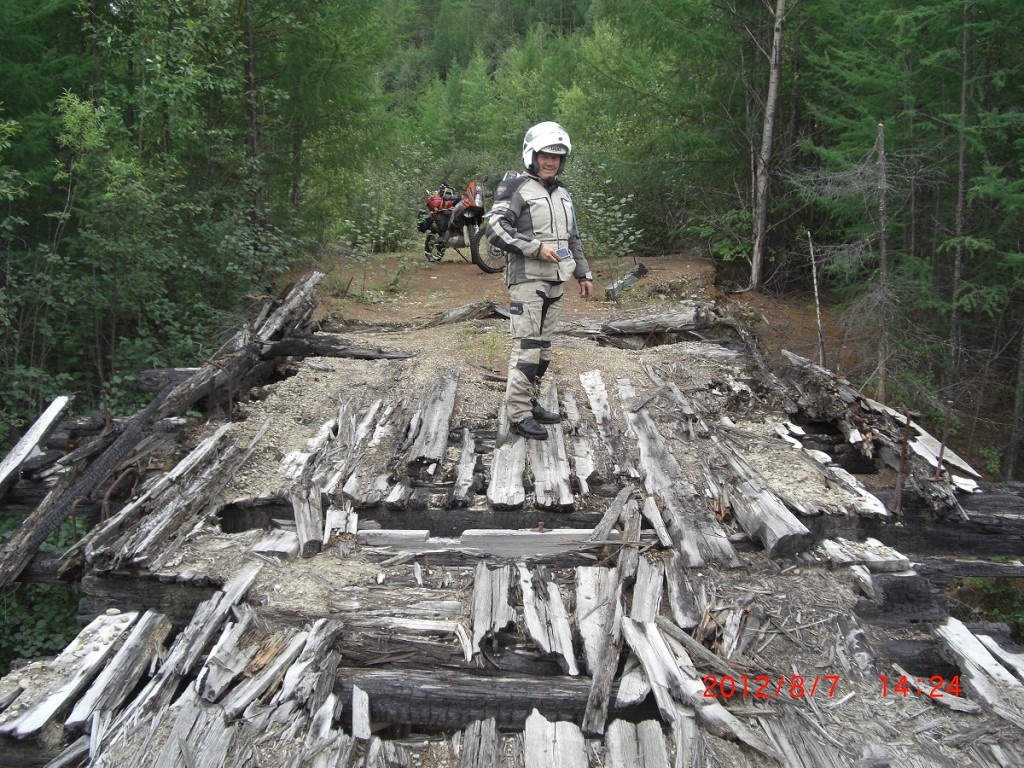 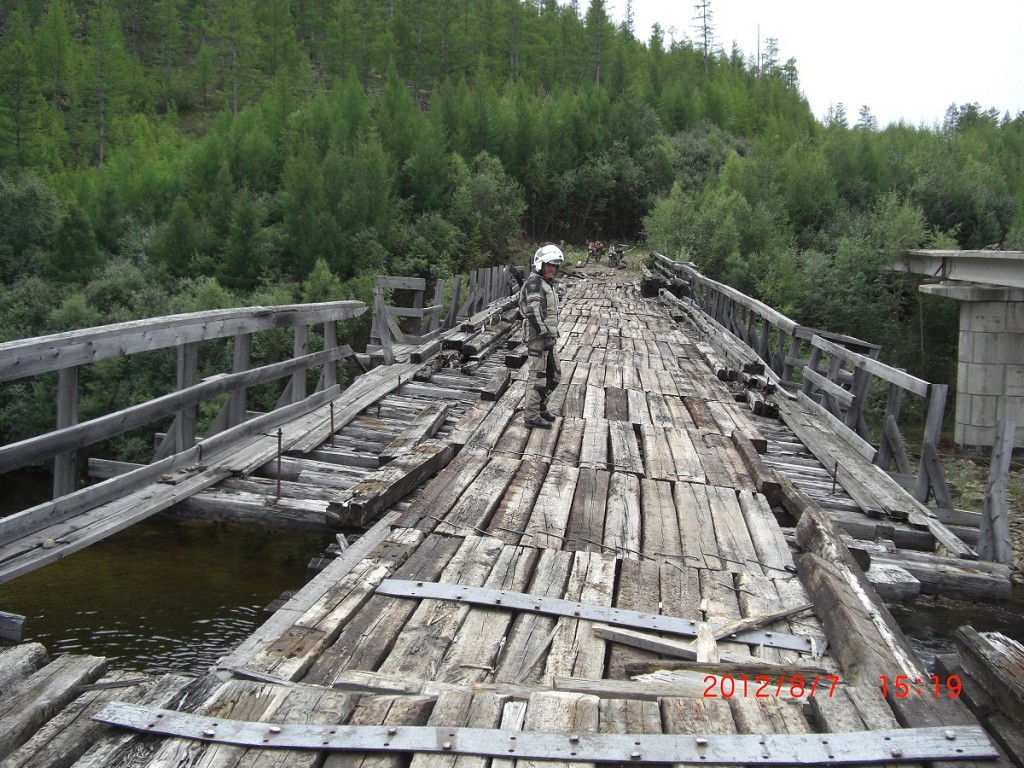 Back on the “road” again and many wooden bridge and river crossings later we came across 3 guys from Moscow going the other way to Magadan, so we stopped for a  chat swapped email addresses and wished each other luck for the journey before setting off again. During the conversation they mentioned meeting Walter Colebatch and the Norwegians in Chara telling us of a problem they faced crossing the Kuanda railway bridge. There is a railway guard on the west side that wanted 5000 rubles each to let them pass! apparently they went back to the town and got a trunk to take them across for 2000 all in. The Russians only paid 1000 for all. Hope we will be lucky! 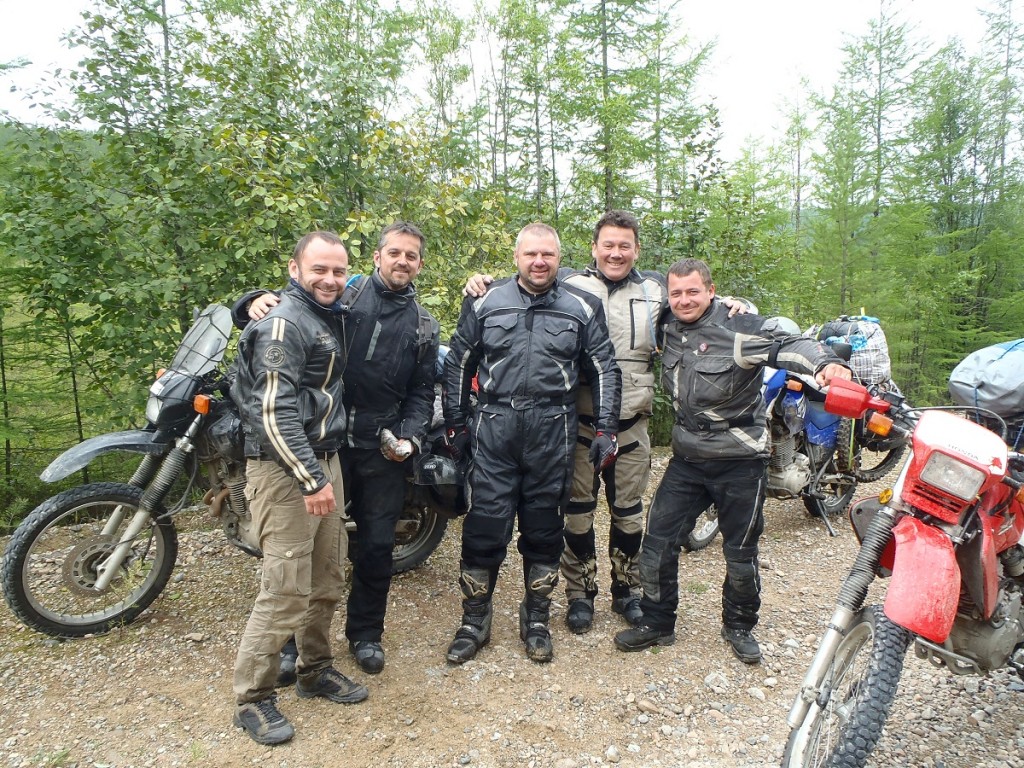 Moscow bikers on the BAM. 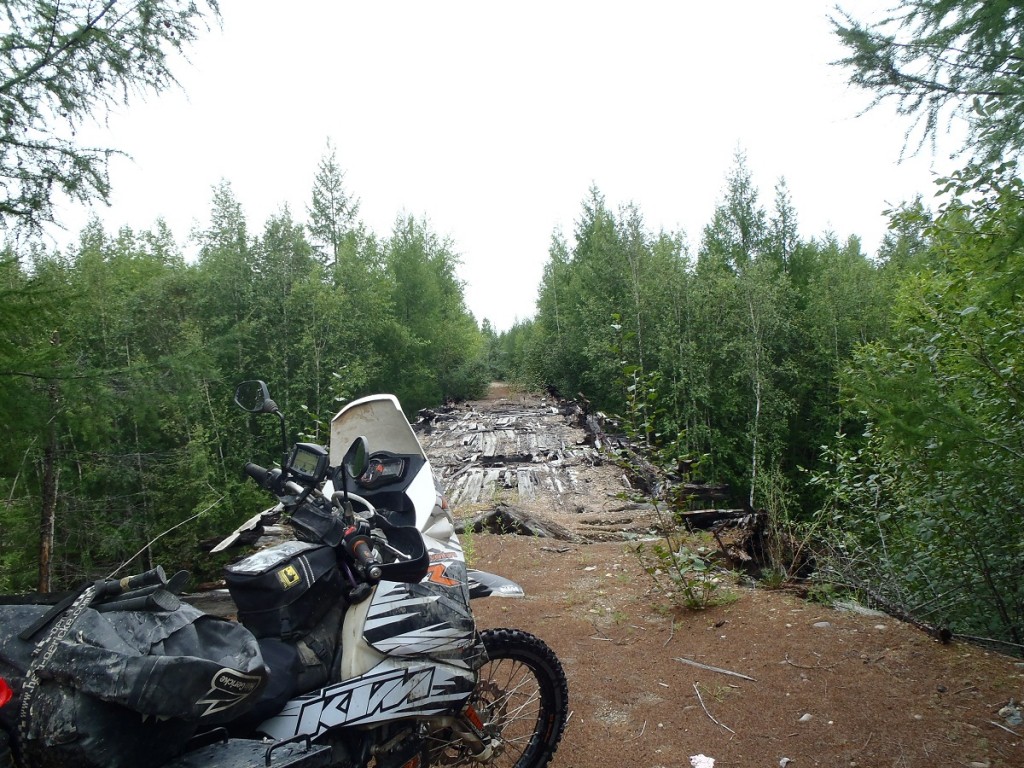 First little village we came to we had to find the man who has an extra bit of fuel in his shed and the guy we found had a big shed full of the stuff though only 80 octane and charging 40 rubles a litre. The bikes are running well on 80 at the moment, we had the ECU’s remapped by Martin Wittering with several settings for low grade fuel etc. There are little villages / towns dotted along the BAM that basically are for railway workers and family’s, and as the road is about 2000km long from Tynda to Severobaikalsk and very tough in places traveling along it work would be near on impossible. 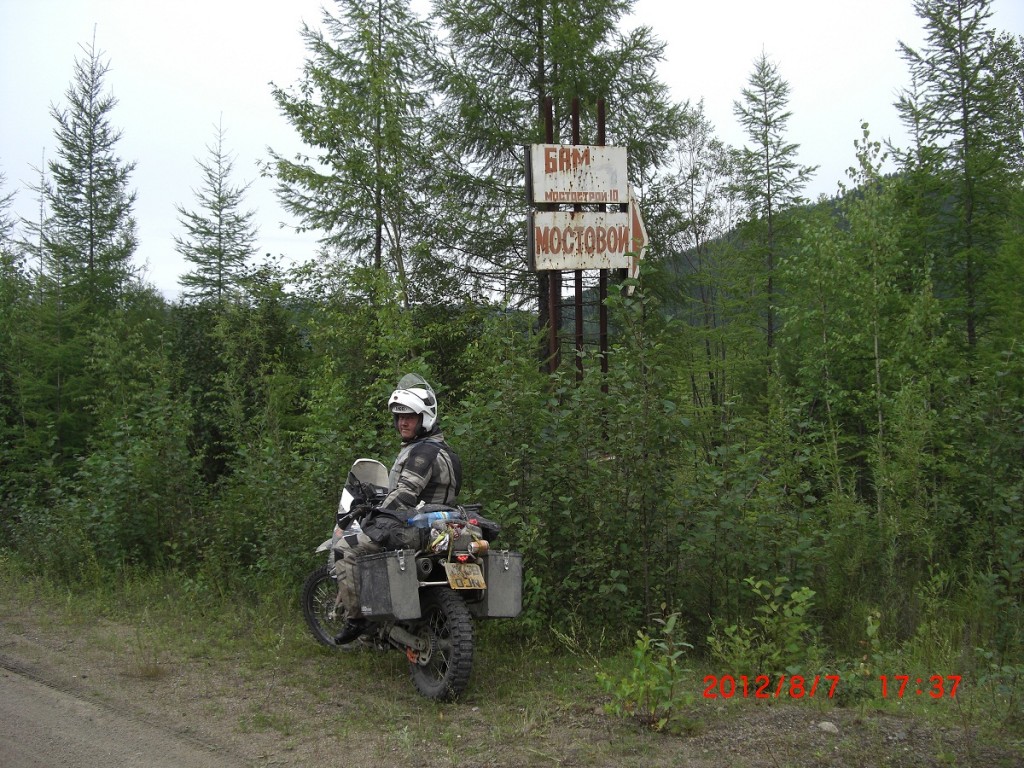 Next obstacle was a massive river with no bridge so we back tracked to a turning up to the railway bridge, there was a guard who came out and stopped us. Dam will we have to pay? nope he just stopped us as a train was due in 5 mins time! lucky as we would have just rode the bridge without knowing. After the train passed he waved us onto the bridge to cross, top man! 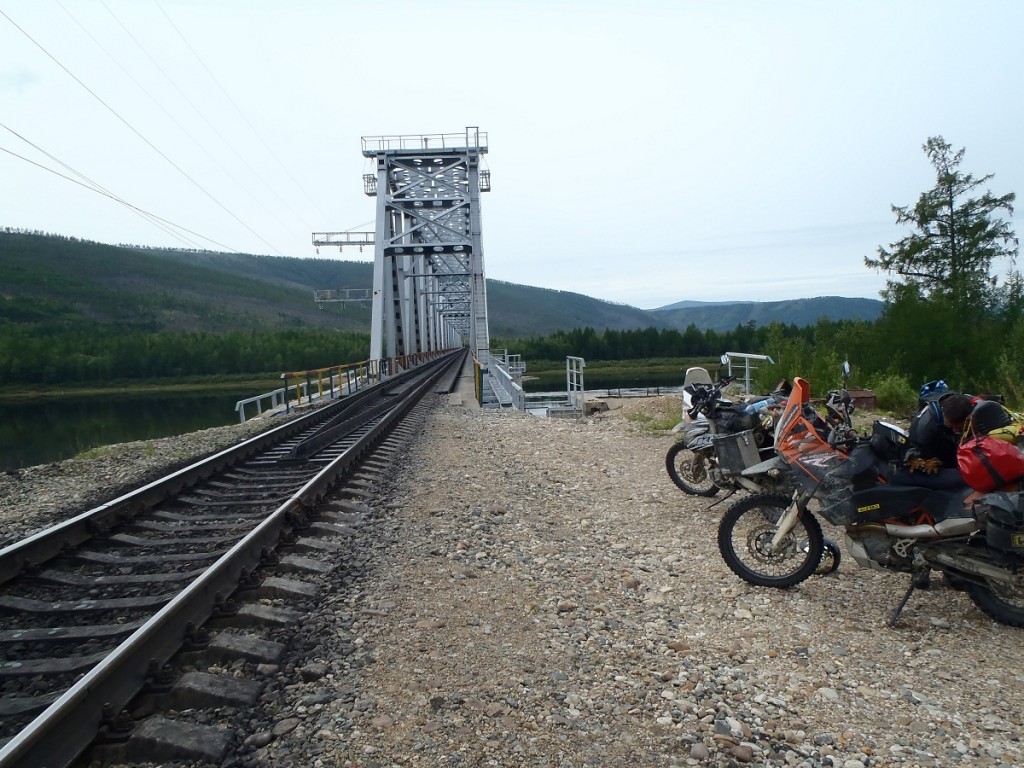 So we rode until 9 tonight but only covered about 180 miles all day with 4 or 5 rail bridge crossings loads of river crossings and the odd few derelict bridge crossings thrown in for good measure. We also had an incident that held us up for around an hour due to falling through one of the rotten bridges. I was following Kev who rode the bridge OK but the last 2 timbers gave way as he crossed, as I rode over them they collapsed dropping the front down and sending me over the bars. Fortunately I was OK and no damage to the bike, so a good result really. 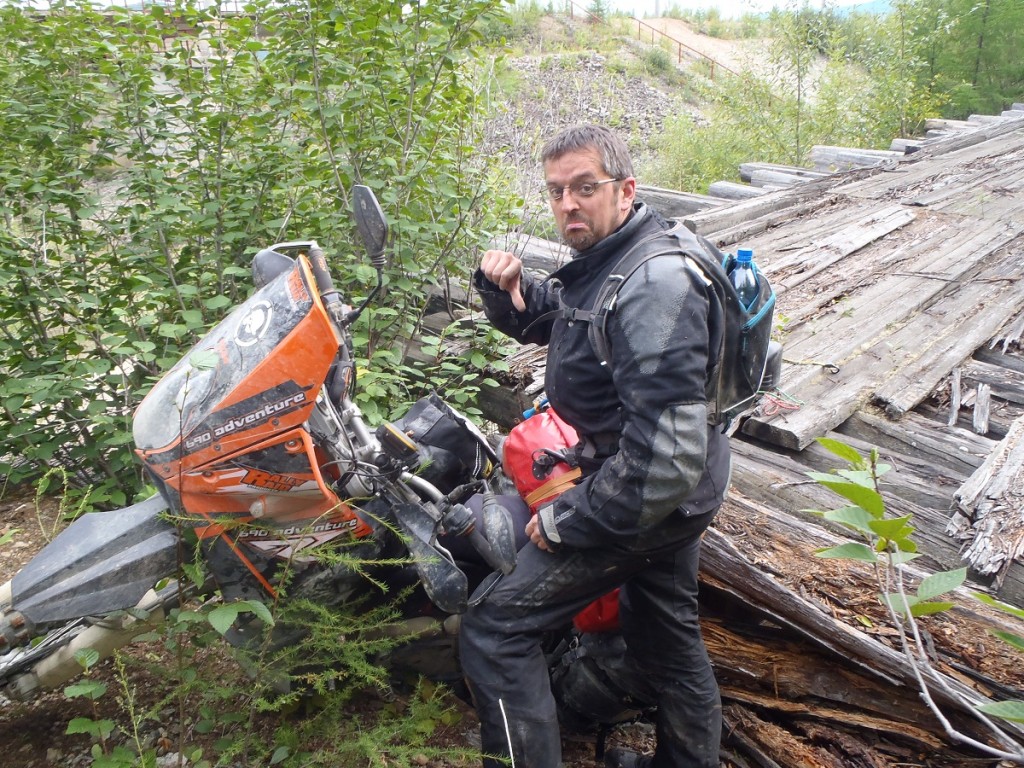 So we are now in our little railway hut with the stove roaring, having a cup of tea and a freeze dried meal along with some bread and jam we bought earlier. This is living the dream 🙂 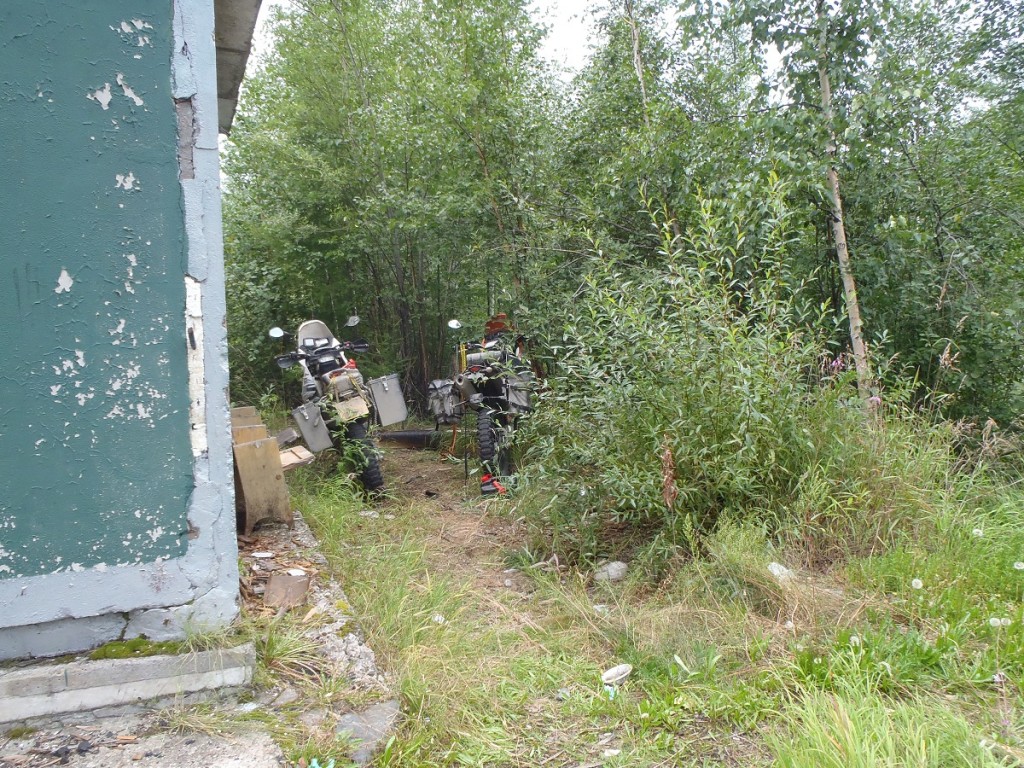 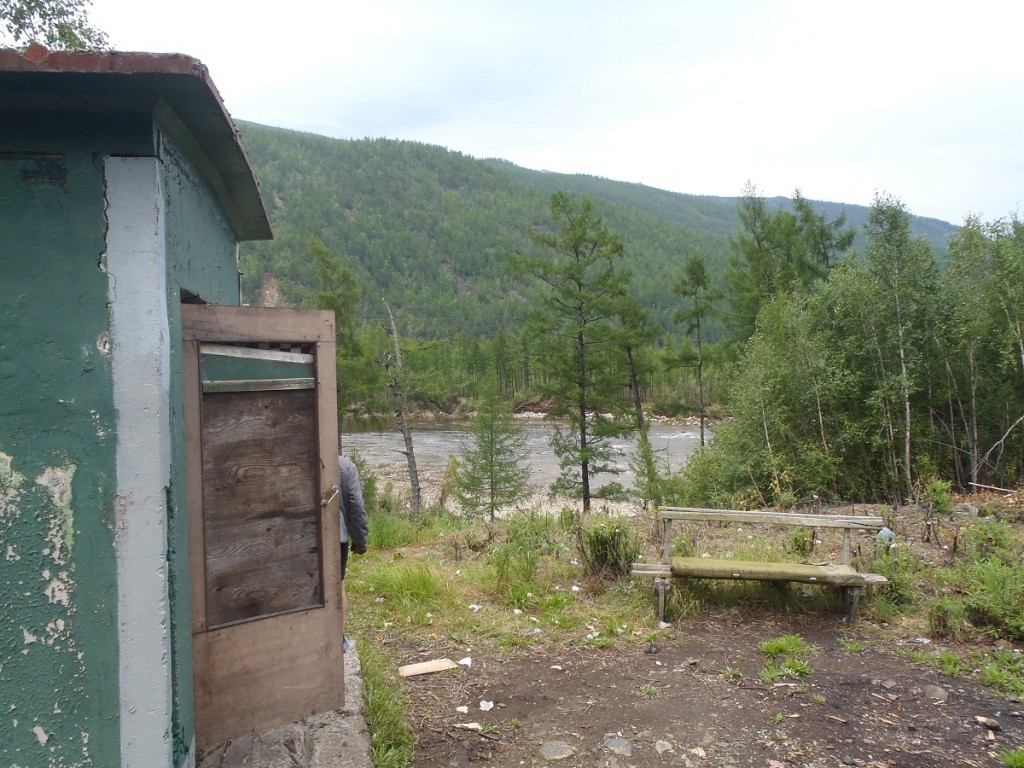