Arrived in Vladivostok friday lunchtime, collected bikes today and all good.
We will be updating our Facebook page during the trip as it’s easier to do on the road then the website.
https://www.facebook.com/bamriders2012

New toy for the trip, hopefully we will get some great footage from this bad boy!
Captain Kev Emans at the controls. 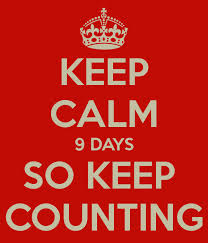 Back to work after an eventful weekend getting the bikes to St Petersburg for shipping to Vladivostok. It was good to have the shakedown as a few things cropped up that needed fixing / changing.
Riga to St Petersburg Track
We arrived in Riga late Friday evening and popped out for a couple of beers, don’t know why but for some strange reason we decided to have a rickshaw race  between Gary & Ned v myself, Kev, & Jim! Anyway it all ended in tears and Gary managed to get his ankle run over!

Saturday morning the courier dropped the bikes off and we finished some maintenance and packing in the fantastic sunshine. 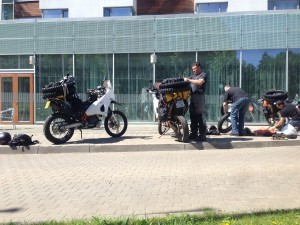 We decided to do a nights camping to check the gear in Estonia last night, not much sleep due to a million mozzie bites between us. 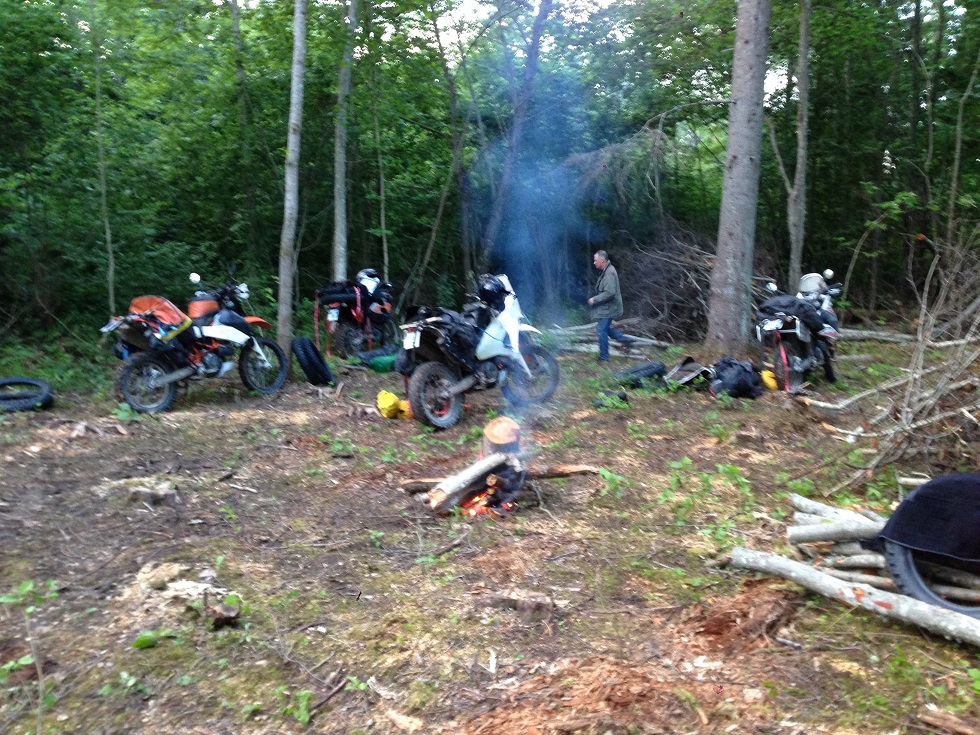 Estonia Camping with the snails and mozzies!

Arrived at the border in Narva only for me to be told I had to ride home to get a new number plate ( I’d lost it on a dirt track somewhere in Latvia! I just can’t seem to hang onto them! ) The Estonian offical was a complete arse! anyway Gary managed to convince a van driver just going throught the border to take my bike through. Plan was to get into no mans land and ride through the Russian border and hope for the best. What a result! the Russian border guard had no interest in anything whatsoever, so after the form filling we were off and into Russian.

Whilst looking for a hotel in Kolpino a biker stopped by and invited us to his club house where we could store our bikes for the evening. After a beer and couple of “home brew” vodka shots we called it a night. 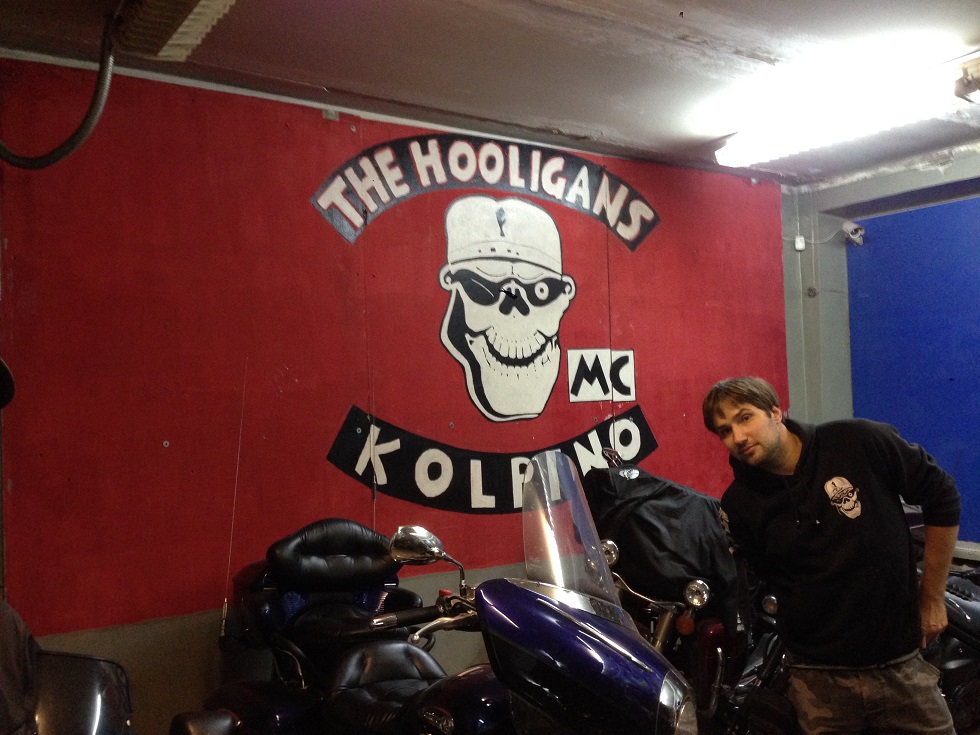 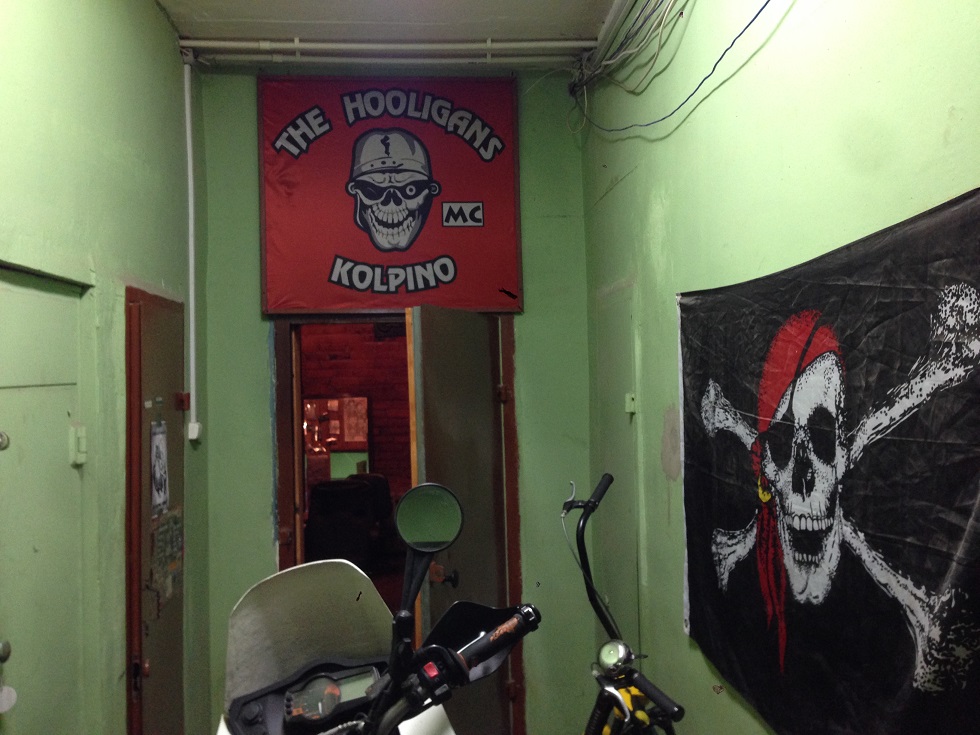 Next day Yuri the President of the club met us for a cup of tea and took us to the couriers address to drop the bikes off. During sorting out the bikes for shipping, Gary’s front tyre was changed as he had been having a weaving feeling from the front end since picking the bikes up in Riga. After a test ride it was confirmed that the tyre must have been deformed during the transport from Ireland by a strap. All good and now the bikes are off to Vladivostok ( hopefully )! 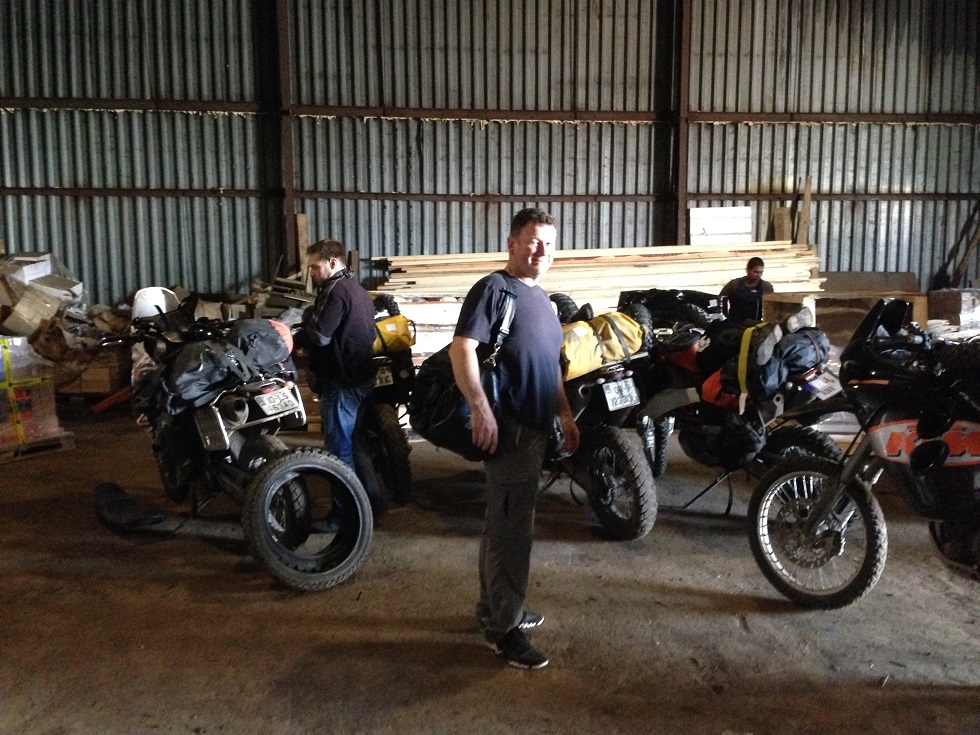 Dropping bikes off at Kolpino courier.

So busy Friday for the boys in Dublin!

Courier arriving and last minute panic finishing off the bikes for the trip to St Petersburg. 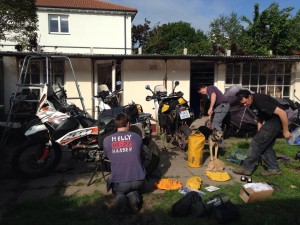 The Boys getting the bikes ready for the courier to Riga.

After a mad rush and the courier sitting outside waiting the boys finally sorted it all out, a few things need to be finished but these can be done when we collect the bikes in Vladivostok so go go go!!!!! 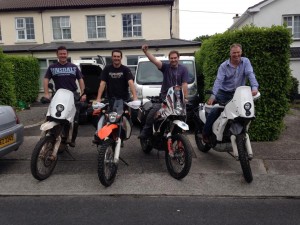 Bikes ready to go in the van to Riga. 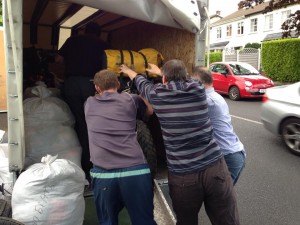 Next stop Riga on Friday, collect bikes Saturday and then ride to St Petersburg to arrive Monday morning to drop bikes off at courier.  Not sure on the route yet depends on if we ride up through Estonia or not.

Ok, well we haven’t been doing any blog updates for a while as been busy with various things such as work 🙁

All has changed with the shipping, we were going to ship via a 20′ container but due to hassle with customs, pricing ($10k!), and only a few people interested in spaces we are now going back to the way we did it before.

So now we are having the bikes transported to Riga, flying over and riding them to St Petersburg to drop them off at the courier. We used these in 2012 and the bikes arrived safe and sound so fingers crossed. This way is a little more hassle but will be around half the cost, another plus is we will only need to collect in Vladivostok as all the import forms will be already completed.

Will update with bike photo’s on Saturday as I will be dropping my bike off in Dublin.

Kev has just received the 8 litre collapsable fuel bladders we are going to use as dual purpose fuel and buoyancy for any deep river crossings we may have to attempt on the eastern BAM. 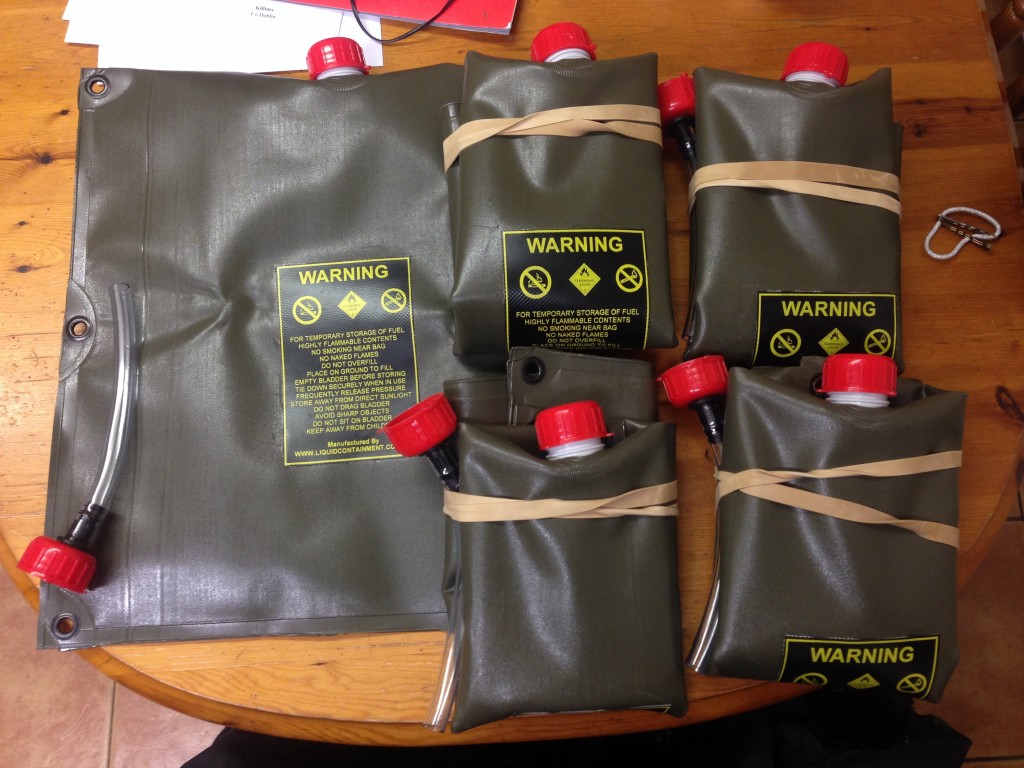 Well the container has been delivered, next step is to get it certified for shipping. Gary is sorting all this out, what a top bloke he is!

Container has now been ordered and Garry is expecting delivery next week at his place where it can be stored and racked out.

The 2014 trip is slowly developing, we will purchase a 20 foot container and rig it out to maximise space for bikes, spares, and kit.

There will be extra space for 4 to 6 bikes so if anyone is interested in shipping both ways or even one way then contact us.

We have put the info on various sites, HUBB and UKGSer’s