After a lousy breakfast in the hotel we had another walk around the town to find the largest Lenin’s bust in existence, a few pics then back on the bikes for the Mongolian border. 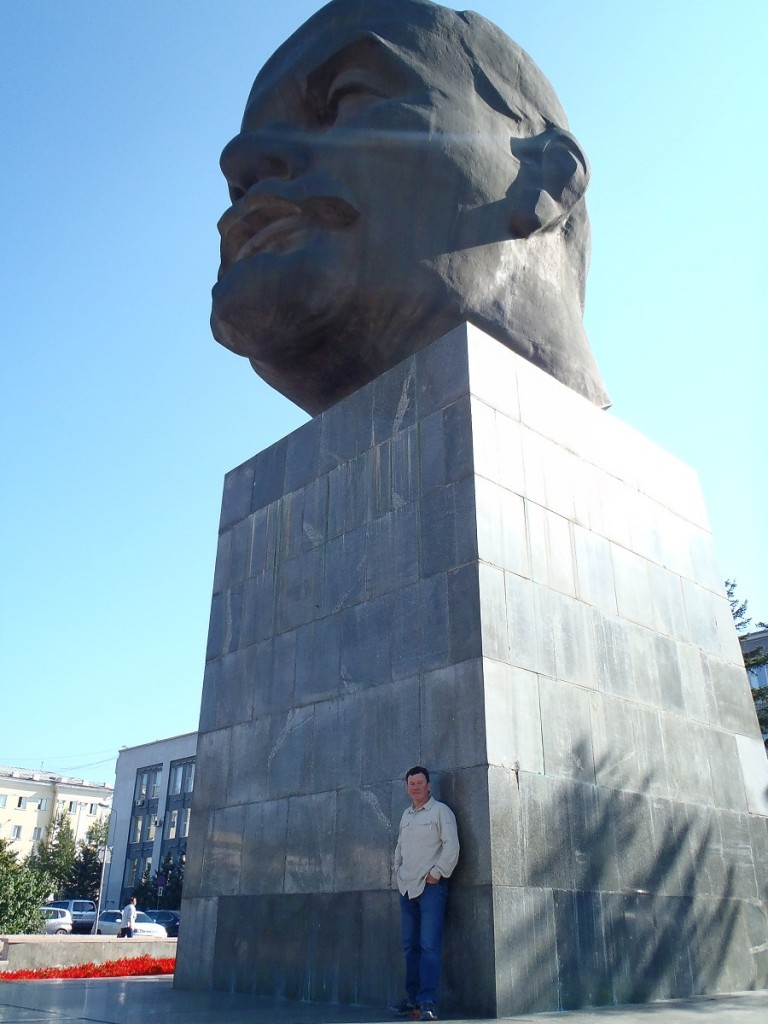 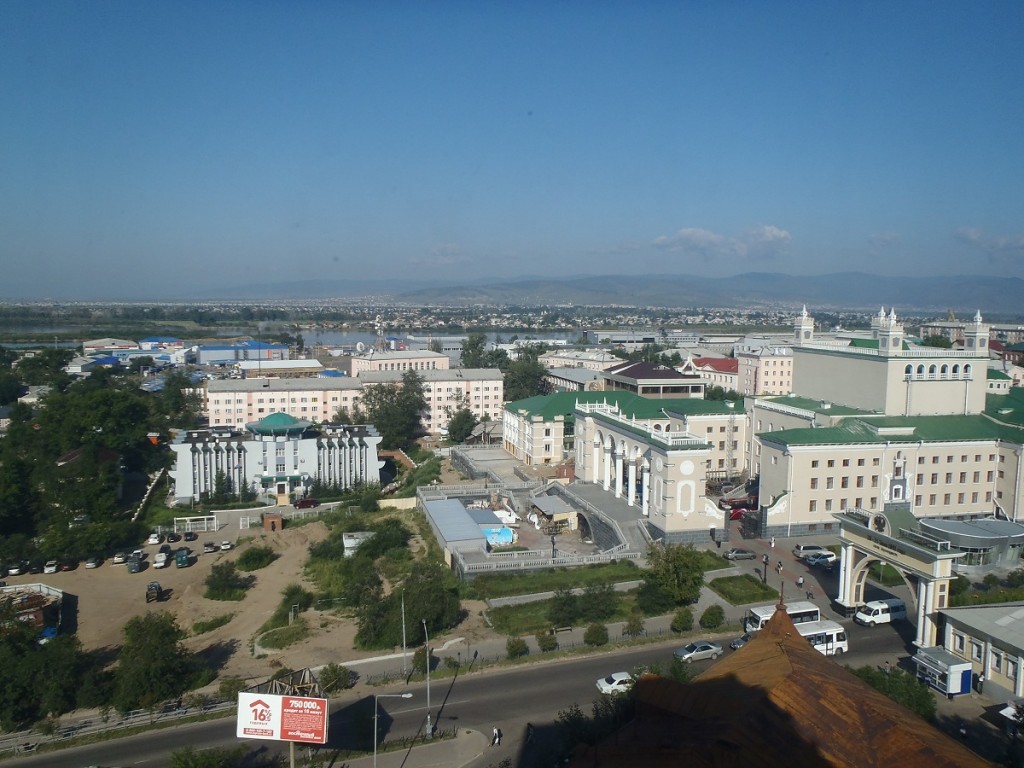 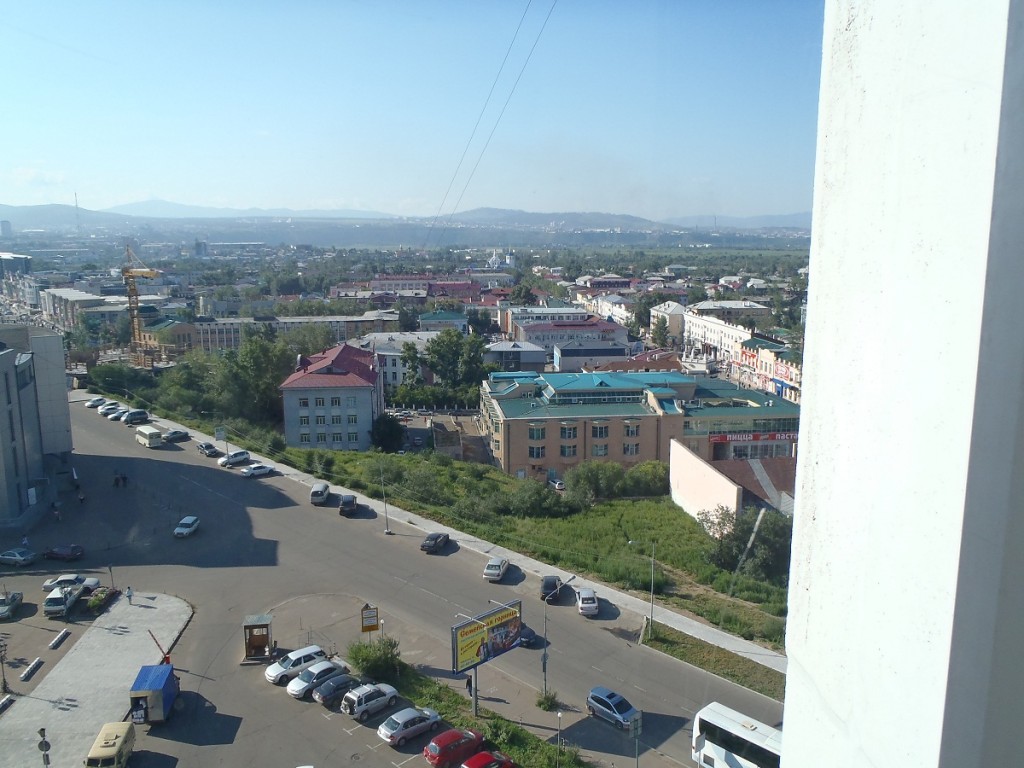 The road from Ulan Ude to the Mongolian boarder is good tarmac all the way, with the great weather it was a nice cruise. We arrived at the boarder around 3.30 and started queuing for Russian passport control where we had to fill in 2 forms and get 3 officials to stamp them. Then a 50m ride to the Mongolian immigration where we had to fill out 3 forms and get 5 more officials to stamp them all in different offices! blimey 3 hours to cross and we were lucky there were hardly anyone in the queue. 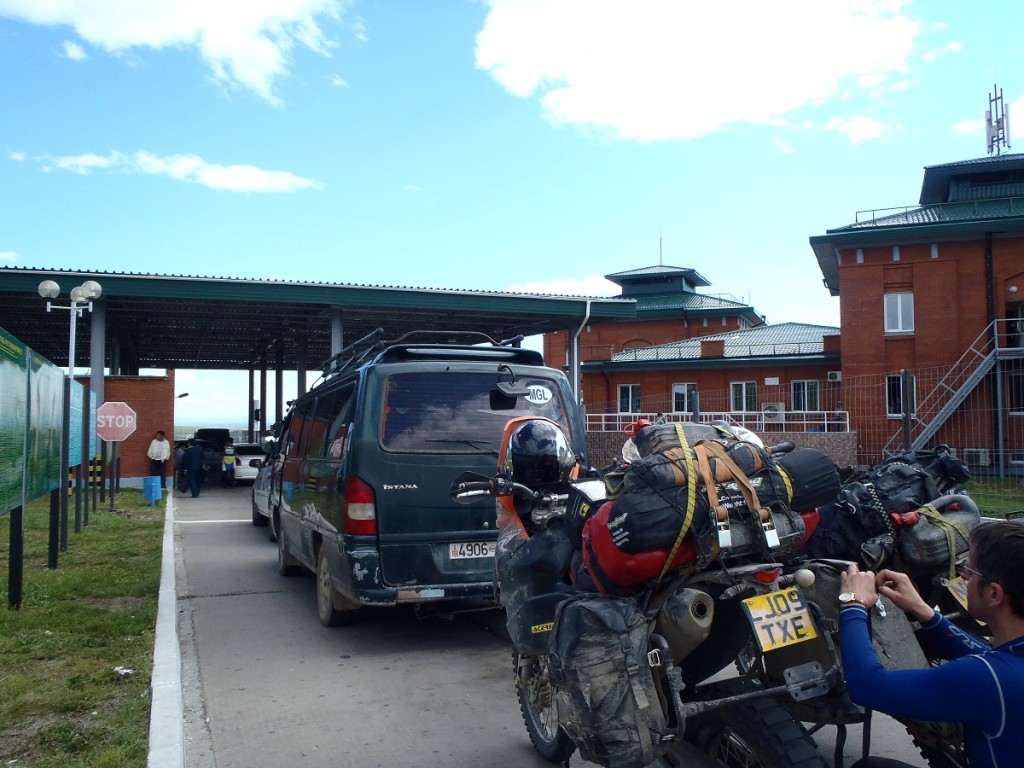 At 6.30pm we eventually get through the boarder through and started on the road down to Ulaan Baatar, it’s not a bad tarmac road with the exception of a few massive potholes and these huge speed humps across the road through towns. We hit a couple of them hard before we realised what was going on, lucky the bikes bounced over them.  Kev almost had an accident as a car stopped in front of him with not brake lights, he skidded along and managed to stop before hitting it. 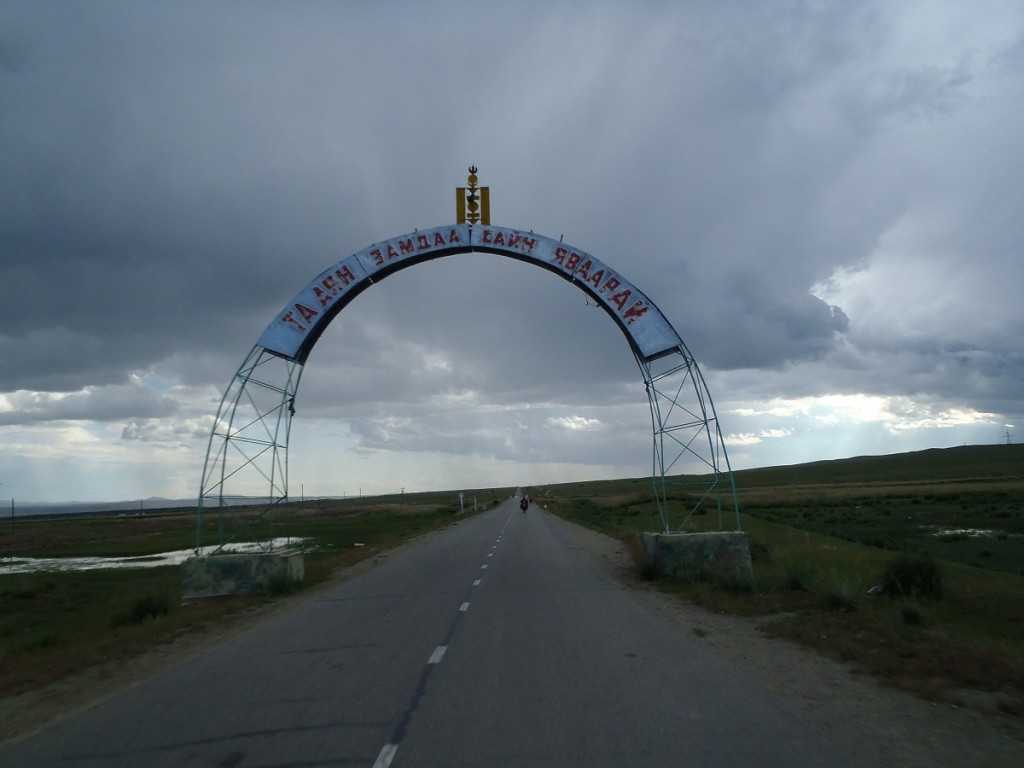 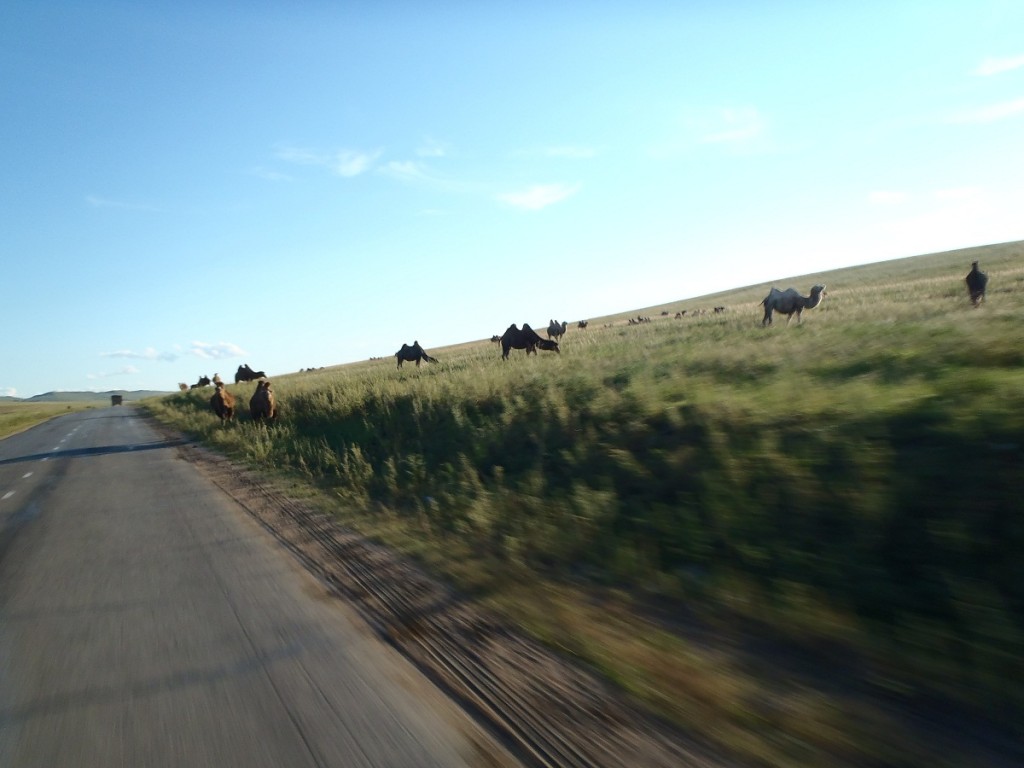 Camels on the way to Ulaan Baatar.

When it started to get dark and there wasn’t a chance we would make Ulaan Baatar we decided to pull off the road and camp for the night up in some hills out of the way.
Distance travelled 455kms Max Altitude 1125mtrs
Total Distance travelled 6129kms

Up and another massive Marriott breakfast, visas are due in at 3 pm today but the weather is rubbish so going to chance it after breakfast so we can hit the road early. Received an email back from Ulaan Baatar saying tyres shouldn’t be a problem, we also need mirrors and a new rear left indicator each which hopefully we can get in Mongolia. 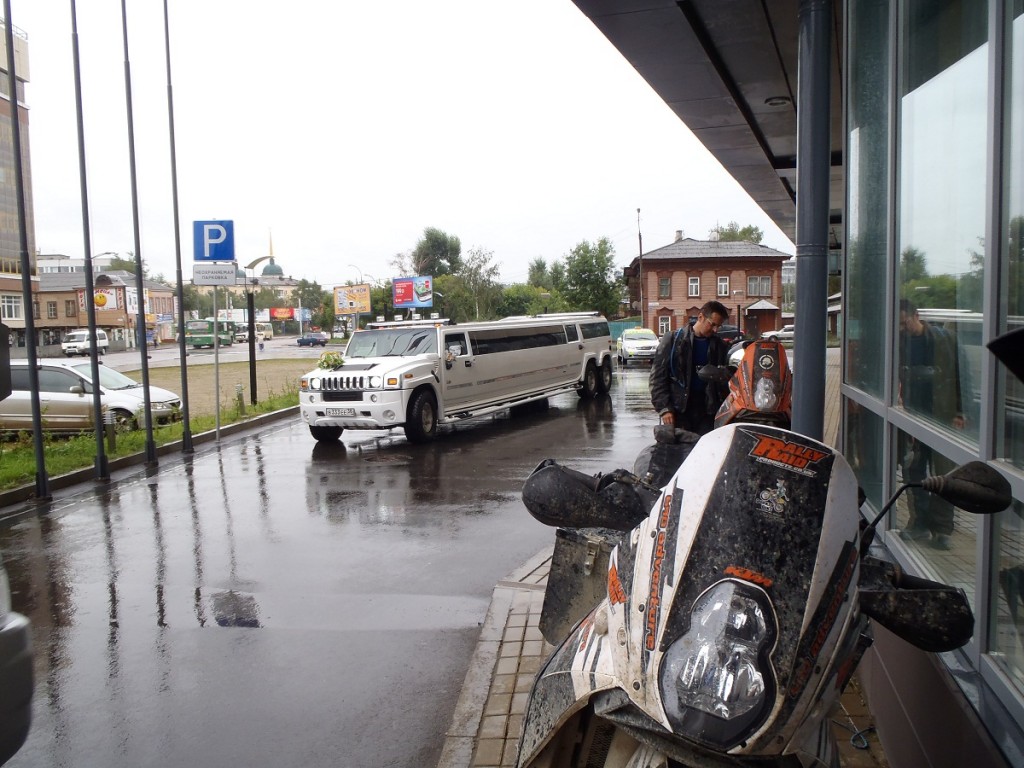 Arrived at the Mongolian consulate for 11 and our visas were in so were off in the pissing rain and heavy traffic with our worn out Michelin deserts! Filtering through the traffic I hit a tram line and the bike went from under me so quickly I didn’t have time to catch it, lucky no trams or cars got int the way. We rode along the bank of the bottom edge of Baikal which should have been a beautiful ride but due to the heavy rain and traffic spray visibility was bad. The tarmac road hugs Baikal for about 250km with plenty of twists and turns, with the right tyres and good weather this would be a fantastic ride. 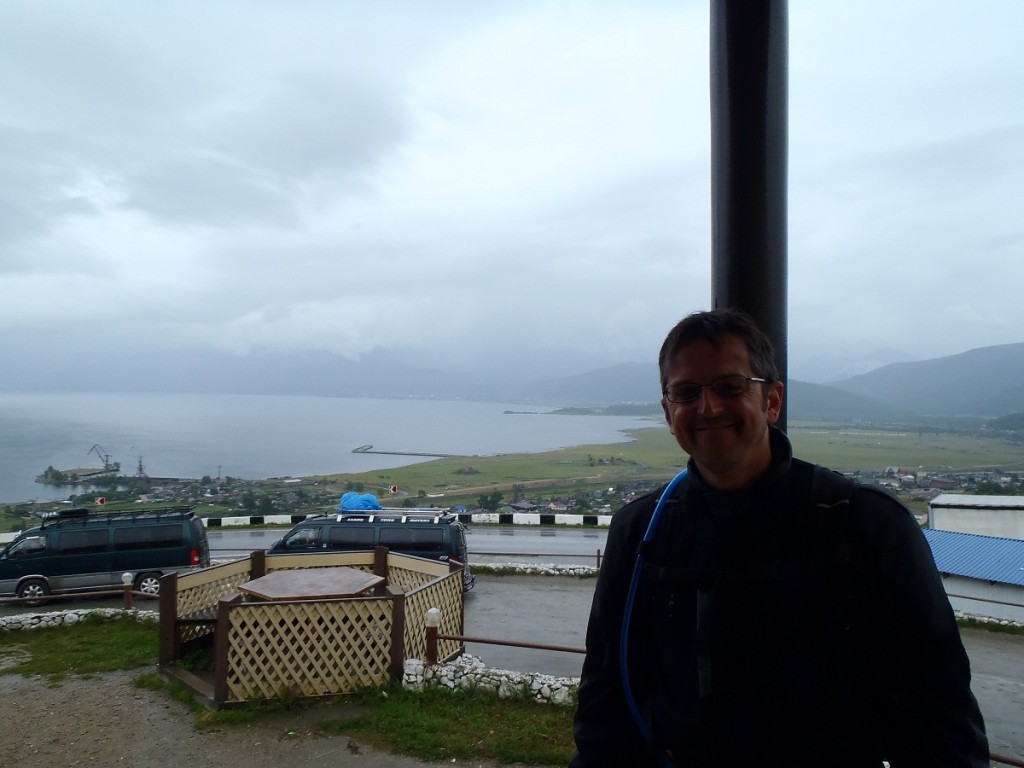 Cafe on the way to Ulan Ude.

After 400km we hit Ulan Ude soaked to the skin and half froze we decided to stay in a hotel here for the night, after a shower to warm up we were out on the town for food and a bit of sight seeing.
Distance travelled 402kms Max Altitude 950mtrs
Total Distance travelled 5674kms

Another massive breakfast later we pop to reception to ask them we need to stay another night,  The women behind the desk informs us they are fully booked tonight! NOOOOOOOOO!!!! What about tomorrows breakfast! She sees how distressed we are  and says she will ask her supervisor if there is anything they can do, maybe we can pitch our tents in the garage next to the bikes 🙂 . Off we went into the centre to find a bike shop for replacement mirrors now the traffic is building up, didn’t find any mirrors but I did get a self inflating mat (No more camping on tables!).  Back at the hotel and good news, we are able to stay another night. Wifi is available in the hotel lobby so time spent catching up on emails and updates etc, then emailed the place we will be staying in Ulaan Baatar asking if they can get new tyres in as they do bike rentals it may be possible. 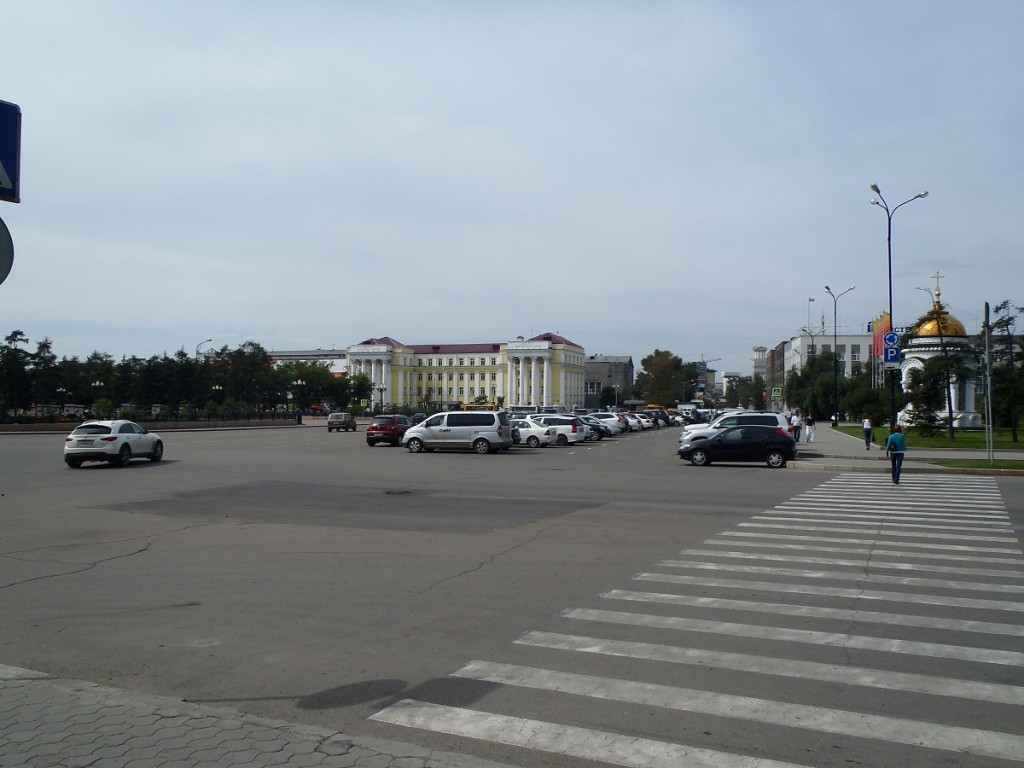 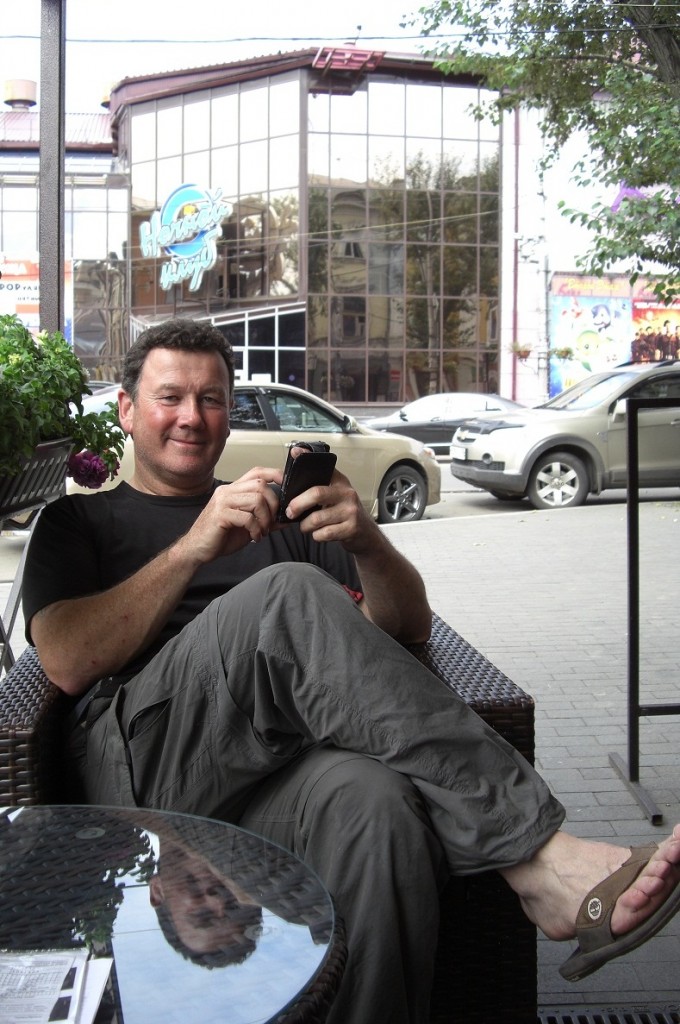 Talk about a country of extremes, we have gone from having a quick rub round our privets with baby wet wipes in the wilderness to 2 showers a day and restaurant quality food!

After a fantastic sleep in a lovely comfortable bed it was up and down to the Marriott buffet breakfast, where we sat for an hour and watched the empty plates pile up in front of us as we went through everything on offer. Anyone watching would have thought we hadn’t eaten for weeks though we had been eating well we just had no proper western food for weeks, Kev almost had an orgasm when he found out they had fresh milk for his tea! 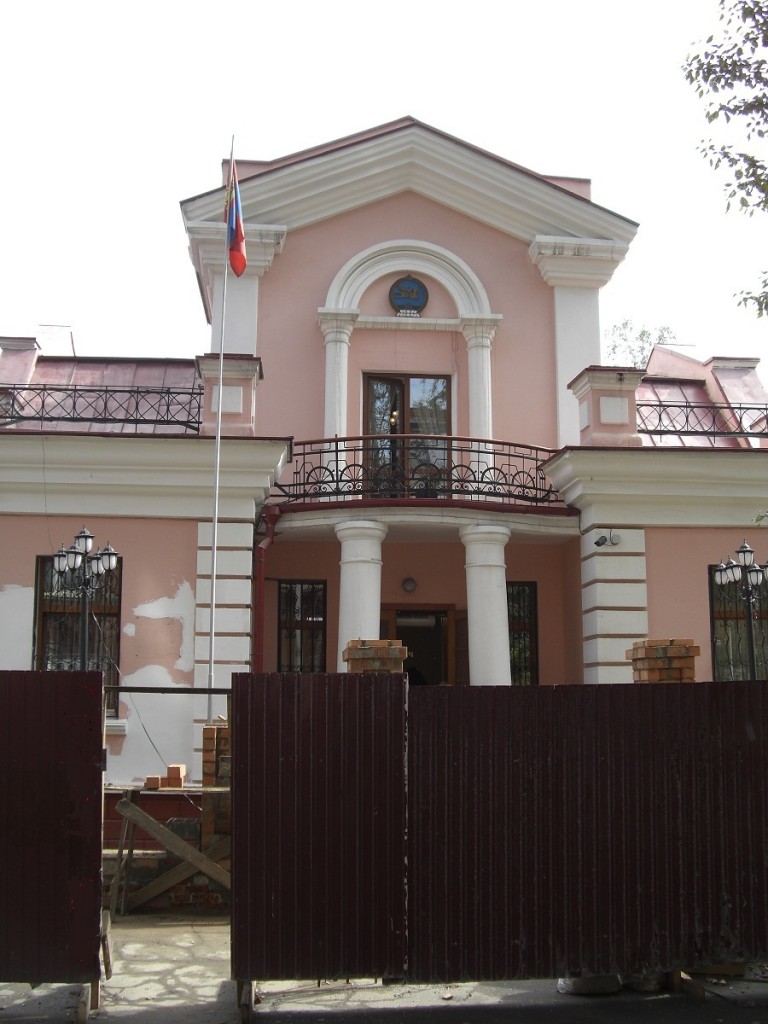 After breakfast straight down to the Mongolian consulate for our visa’s where we found out the really expensive 1 day service takes 3 days and cost £70 due to it being a Mongolian public holiday tomorrow. Stuck in the Marriott for 2 more nights, what a nightmare! 😉 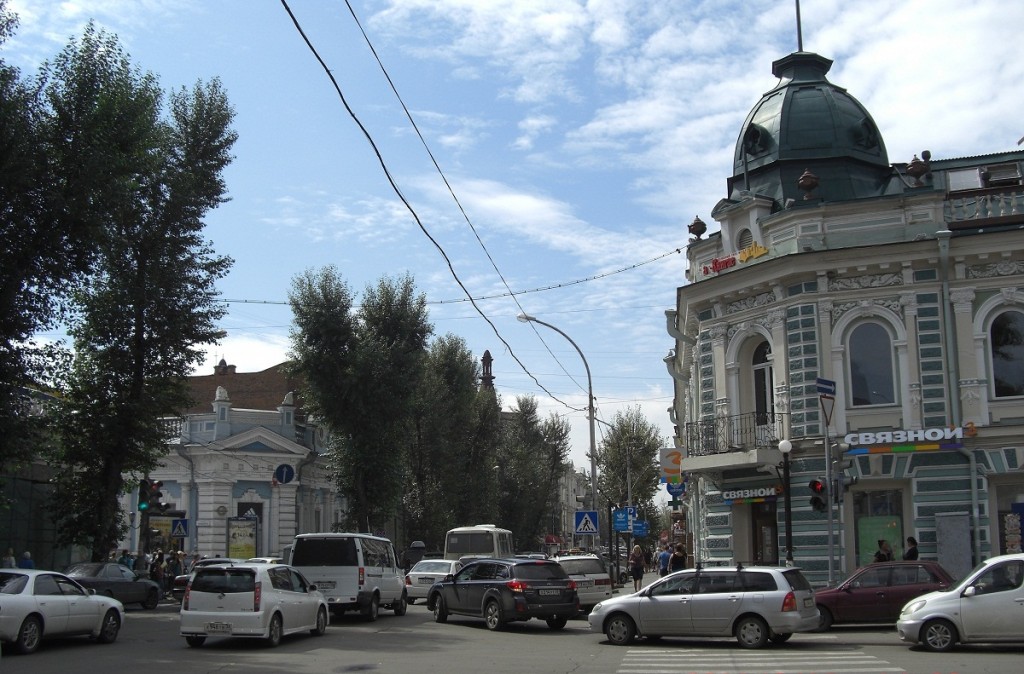 After sorting out applying for the visa’s we headed into the shopping area to look for a replacement phone for my water damaged one. Irkutsk is a large city with many shops so wasted the day walking around looking at various things, eventually finding a new phone for me (another expense!). This evening we went to the centre of town and had a pint in the London pub then one in the English bar but the Dubliner was nowhere to be found 🙁 .